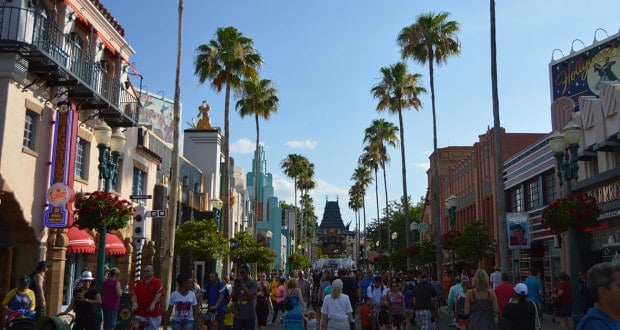 Like in all the parks, Disney’s Hollywood Studios is full of all sorts of hidden gems that are easy to dash past on your way to the Tower of Terror or Toy Story Mania. As with everything Disney does, there’s so much more to see and do than just the main attractions – in no particular order here’s a few things you should make sure not to miss!

These colourful characters roam Hollywood Boulevard throughout the day, with impromptu performances being funny and full of audience participation! Much like their Magic Kingdom equivalents, the Citizens of Main Street, these Streetmosphere characters really add to the Hollywood atmosphere but are so easy to dash past en route to Rock n Roller Coaster and the Tower of Terror.

Once you’ve strolled along and enjoyed the Citizens of Hollywood, take a minute to just sit outside the Tower of Terror before rushing in to join the queue. This is one of my favourite parts of the park, with the changing sign and the soundtrack which is equal parts charming and creepy. This all gets even better after dark, with the lighting of the ride and the signage making this part of the park so incredibly atmospheric, really showing Disney at its best.

This one is a really little thing, but one which I feel really symbolises Disney’s attention to detail and is just one example of a lovely design touch which can be found all over Walt Disney World. Take a closer look at the signs denoting the male, female and disabled toilets as well as the baby changing station, the theming is amazing!

This recent addition found in the Streets of America, opposite the entrance to the Honey I Shrunk the Kids Movie Set Adventure, comes from the ABC TV show Once Upon a Time. Sadly it’s only a shop front, with the show having no other presence in the park but it’s a great start! The shop front is a recreation of the shop of the Pawn Shop owned by Mr. Gold in OUAT and contains many props from the show, once more the attention to detail is excellent – as is to be expected from Disney!

4. Singin’ in the Rain Umbrella

Another gem that can be found in the Streets of America is an umbrella attached to a lamppost and if you stand on the metal plate underneath rain will fall from above! This reference to Singin’ in the Rain makes a great photo opportunity and really captures the spirit of the movies that Hollywood Studios is all about.

When you fancy a bite to eat in Hollywood Studios, head to Pizza Planet. This quick service restaurant is tucked a little out the way, making it easy to miss and serves primarily pizzas and subs. The theming of this restaurant mimics Pizza Planet from Toy Story and has an arcade attached, definitely a must do for any Toy Story fans!

Hollywood Studios contains the largest known hidden mickey, although it has become slightly obscured over time, even more so with the removal of the Sorcerer’s Hat. Take a closer look at the park map and see if you can spot the giant Mickey face – he’s on a slight angle with the top of his head facing the park entrance and Echo Lake forming his right ear.

This is my absolute favourite thing to do at Hollywood Studios and can be found in the Magic of Disney Animation, where you can be taught (at no extra cost) to draw a popular Disney character, such as Stitch, Mickey or Eeyore. Classes are roughly ten minutes long and you leave with your very own hand drawn Disney character to take home! This also provides a welcome respite, getting the opportunity to sit in a cool, dark room! Even if the line looks long, don’t be put off as the room has a pretty decent capacity and you can always ask the Cast Member on the door for an estimate of wait time as they’ll be able to give you a pretty accurate answer. Your drawing makes an excellent souvenir too!

There are all sorts of hidden gems to be found in Hollywood Studios, from the big to the small, which proves that it really is worth keeping your eyes open whilst walking round the parks! Every little thing the Imagineers come up with is so detailed that even the most ordinary of things, which may not even get a second glance from most guests, becomes part of the magic. There are even several larger experiences which may be bypassed by guests rushing to get to the ‘main stars’ of Hollywood Studios which really should not be missed in order to get the full, magical Hollywood Studios experience.

For more awesome tips about things to do at Hollywood Studios, consider planning and booking your next Disney trip with an Authorized Disney Vacation Planner you can trust like Mickey Travels. They’ll help you get the best Walt Disney World deal, share expert advice and their services are totally FREE! It’s genius!

Hollywood Studios Rock n' Roller Coaster 2015-06-13
Rebecca
Previous: Ways A Disney Trip Is Far Superior To Other Vacation Options
Next: How Well Do You Know Your Mickey Mouse Films? 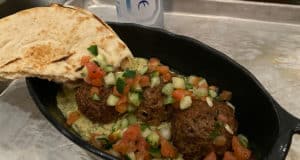 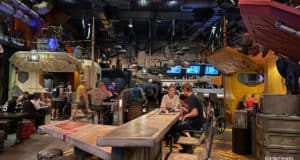 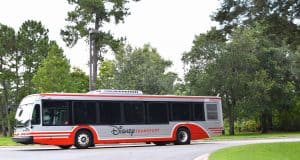