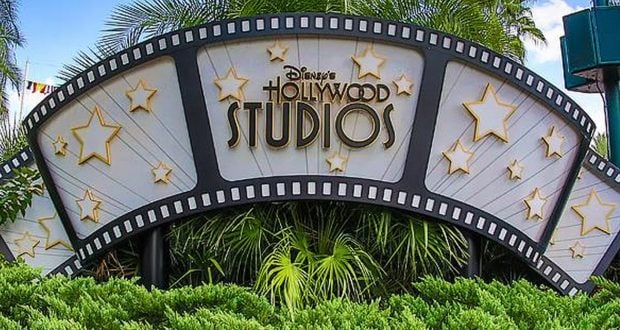 If you have visited Disney’s Hollywood Studios recently, it’s very clear that there is an abundance of Star Wars throughout the park. From Star Tours to Launch Bay to Star Wars: A Galactic Spectacular and everything in between, it can certainly be overwhelming and even frustrating for someone who isn’t a fan of the franchise. If Star Wars just really isn’t your thing, here is a list of 8 things you can do at the park that aren’t Star Wars related:

8. Indiana Jones Stunt Spectacular – Though this isn’t my favorite attraction in the park, it offers you the chance to sit down, catch a break from the Florida sun and be amazed by Disney’s talented performers. This is also a unique attraction because they will ask for adult volunteers in the audience if you get there early enough—and who doesn’t want to be in a Disney show? There are multiple show times throughout the day, so pick the one that fits your schedule best and prepare for a heart stopping adventure.

7. Beauty and the Beast: Live On Stage – If you’re a fan of musicals, this show is sure to delight your family. A beautiful retelling of the Disney classic, this stage show features all of your favorite characters and some of your favorite songs, too! It’ll be hard to keep yourself from singing along and by the time it’s over, you’ll be wishing you could watch it again from the beginning.

6. The Great Movie Ride – If you’re looking for a classic, you have found it. The Great Movie Ride is the perfect attraction to do when you have time to kill in between fast passes, after lunch, to escape a storm or simply because you LOVE the movies! You will take a journey through some of the most famous movie scenes in addition to finding yourself in a crazy movie scene, too! While it is a lengthy attraction, it allows you to sit back, relax and learn about some of the greatest movies and genres.

5. Fantasmic! – If the thought of a Star Wars themed nighttime show doesn’t appeal to you, don’t worry—you have another option. Fantasmic! has been a staple at Disney’s Hollywood Studios since 1998 and is unlike any other nighttime show offering currently at the resort. With the use of water, fire, projections, fireworks, exquisite props and your favorite Disney characters, this show is truly a fan favorite. If you’re going to stay until the park closes, this show is an excellent way to end your day. And the bonus? If the park closes at 10 and Fantasmic! starts at 9, you’ll still have 30 more minutes after the end of the show to squeeze in one last ride while everyone else is waiting for the Star Wars nighttime show!

4. For The First Time In Forever – A Frozen Sing-Along Celebration- Even if you’re not the biggest fan of Frozen, this attraction is well done and will have you singing along whether you like it or not! Currently housed in the Hyperion Theater, the Frozen Sing-Along features some of your favorite Frozen characters, including the icy queen herself, Elsa! Two historians are chosen to retell the story through song, and you are invited to sing at the top of your lungs to the most popular tracks from the movie.

3. Rock ‘N’ Roller Coaster – The only roller coaster in Disney’s Hollywood Studios and one of the best coasters throughout the resort, Rock ‘N’ Roller Coaster is a thrill seeker’s dream. With a 0 to 57 mph launch, loops and a killer Aerosmith soundtrack, you’ll want to ride this attraction more than once during your visit. While the wait times tend to get long, you can always try to secure a fastpass for this attraction or opt for the single rider line. In addition, wait times are generally a little lower at the beginning and toward the end of the day.

2. Tower of Terror – This is one of the best, if not the best, rides throughout all four parks. The theming of this attraction is enough to keep you coming back for more, and the ride itself is thrilling and unpredictable, which keeps you on the edge of your seat. Because the sequence is always randomized, no two trips you take on the Tower of Terror are ever the same, which means you can ride the attraction as many times in a row as you can handle. May we suggest riding 13 times in a row so that you truly enter The Twilight Zone?

1. Toy Story Midway Mania – This is one of the most, if not the most, popular rides in the park. With a recently added third track, the wait time for this attraction has gone down significantly, which is great because it’s the best ride in the entire park for the entire family to enjoy—especially if you have little kids. Grab a partner and compete in a series of 4D carnival like games hosted by your favorite Toy Story characters. I love competing with my whole family to see who will get the highest score because nothing feels better than winning and having bragging rights!

Though it may seem as if Star Wars has taken over the entire park, there are actually a lot of things to do at Disney’s Hollywood Studios that aren’t Star Wars related at all. There is a decent mix of shows and attractions to keep you busy and entertained throughout the day, including a few attractions not listed here.