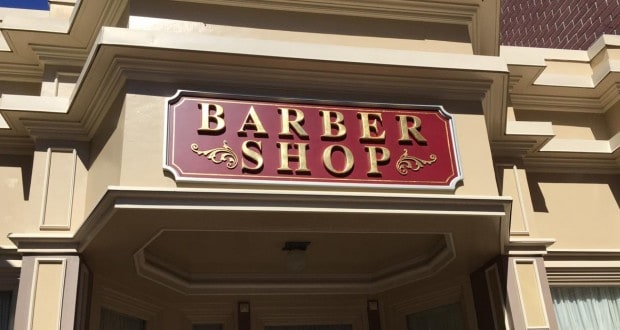 We often hear all about how magical Disney is for young girls and have seen the enchanting photos of princess transformations and fairytale like adventures that make it a perfect destination for the little ladies in your life. And though Disney Princesses are an integral part of the Magic Kingdom (after all, Cinderella Castle is indeed the crown jewel of the Park), there is so much more to this Disney Park than just pixie-dusting and bippidi-boppidi-booing. Regardless of any preconceived notion, the Magic Kingdom is just as much for boys (and tomboys!) as it is for girls (and let’s face it, there are also days when young girls would rather grab their foam swords and swashbuckle with the best of them in lieu of glamming it up princess-style). If you’re planning a trip to the most magical place on earth with your little guy, then this list is well worth a look. Here is a list of our top 9 Magic Kingdom adventures for your son, guaranteeing that dreams can come true for princes and princesses alike!

Let’s first take a look at some surefire attractions that’ll be a major hit with your little guy. On Buzz Lightyear’s Space Ranger Spin, you get to zap aliens aboard a manually spinning space cruiser with your very own laser gun. Make it a contest to see who gets the most points with the winner getting a prize like a Cherry Eclipse or a Blast-Off Blue Raspberry Frozen Slushie at the nearby Lunching Pad quick-serve. While you’re in the area, make sure you hit the Tomorrowland Speedway where they’ll put the pedal to the medal as a racecar driver, and don’t forget to check out the Mad Hatter’s Tea Party where they can spin themselves silly aboard their giant teacup! Adventureland is also a fantastic spot for boys, attractions like Jungle Cruise, Swiss Family Robinson Treehouse (though not a “ride” it’s the biggest treehouse they’ll EVER climb!), Aladdin’s Magic Carpet Ride (equipped with “spitting” camels…boys will LOVE that!), and Pirates of the Caribbean holding MAJOR appeal for adventure-loving kiddos. And speaking of pirates…

8. A Pirate’s Adventure—Treasures of the Seven Seas

This is a little-known, wildly fun scavenger hunt that costs you ZERO doubloons (other than your Park admission) and is an incredibly entertaining activity for kids. You start by receiving your pirate map and magic talisman at The Crow’s Nest located inside Adventureland. From there, you’ll embark on one of 5 separate pirate raids, the ultimate task proving your pirate worth as you collect valuable treasures along the way. During these missions you’ll find yourself fending off some of Captain Jack Sparrow’s known enemies, including the Royal British Navy and Captain Barbosa. Though each of these 5 missions has no time limit, they will take approximately 20 minutes per mission to complete (and you can choose to do more than one raid if you wish). This interactive game includes magical adventures that your little pirate will be talking about for a long time to come!

I have many memories of Magic Kingdom as a youngster, some more distinct than others. One of my fondest and more specific memories includes a simple known activity located inside Frontierland. At the Shootin’ Arcade, you can test your gunnin’ skills with rifles that fire an invisible beam of safe infrared light. There are nearly 100 targets to take aim at in this Boot Hill backdrop scene, including tricky marks like the Covered Wagons and the Cemetery plots. When your laser hits the sensor on your target, it will light up and make sounds (and sometimes even move!). Each credit (2 quarters) will earn you 25 shots. This is another great way to enjoy a little friendly competition with your boy! Afterwards, reward your superior marksmanship skills with a delicious churro or two sold at the nearby snack carts.

Located on Main Street, USA, this place is simply magical. What’s not to love? The haircuts here (an entire menu of services including My First Haircut package for children) come sprinkled with Disney whimsy, and you may even get treated to the musical talents of Disney’s very own quartet called The Dapper Dans. Sign your son up for an entertaining haircut and take lots of pictures for memories’ sake. You won’t regret the trimming you’ll get here!

The Walt Disney World Railroad is a shining beacon of joy inside Magic Kingdom, the sight and sounds eliciting smiles on the faces of those young and old. Chances are, your little guy will want to ride the authentic steam engine train at some point during your day and if you do, I have a small tip for you. Try to snag the very last row of the last car of the train. The story goes, if you have a kiddo sitting with you in that particular spot, there is a very good chance they’ll be picked to be the Train Conductor’s sidekick, allowing him the coveted opportunity to stand alongside the conductor and yell, “All Aboard” over the loudspeaker as the train departs. If your child is lucky enough to be chosen, they’ll receive an Official Guest Conductor card to keep as a great souvenir and reminder of their magical moment!

There are endless opportunities at the Magic Kingdom to snap a photo of your son and one of his most beloved Disney characters. These pictures secure a lifelong memory that you both will treasure as time passes by. If your son likes Toy Story, Buzz Lightyear is located between Buzz Lightyear’s Space Ranger Spin and Carousel of Progress in Tomorrowland. He can also meet Woody and Jessie over by the Splash Mountain/Pecos Bill area in Frontierland. Gaston and his antics can be found right outside Gaston’s Tavern in the Enchanted Forest section of New Fantasyland. Over at Pete’s Silly Sideshow in Storybook Circus, he can ham it up with Goofy (as The Great Goofini) and Donald Duck (as The Astounding Donaldo). And of course, there is always the wonderful opportunity to chat with Mickey Mouse (who WILL chat back!) at the Town Square Theater.

Adventure awaits your little guy at this fun island located a raft’s ride away from Frontierland. There are caves to explore, barrel bridges to traverse, forts to search and a playground to conquer. The views from this island of Magic Kingdom are unparalleled! If you brought snacks, there are shaded benches and seating places to enjoy the perfect picnic. All in all, this place is ideal for young kids to expend some energy and a great place for parents to sit and relax.

2. Sorcerers of the Magic Kingdom

Once again, your theme park admission is all you need to participate in this fun, interactive game that will be sure to delight young boys! In this intriguing game, you will be Merlin’s apprentice sorcerer, helping him defeat the evil villains from trying to take over the Magic Kingdom. Merlin sends you on a mission throughout the Park, stopping at various checkpoints and using your special tools to cast out the brigade of baddies from overtaking the Kingdom. Stop at the Firehouse on Main Street, USA, or at Ye Olde Christmas Shoppe in Liberty Square to obtain Merlin’s mystical map, trading cards and instructions. Then prepare to embark on a gripping journey where your child gets to be hero!

“Yo ho, yo ho, a pirates life for me!” How many times have you heard your little guy singing this anthem around the house? At the Magic Kingdom, your son can be transformed into the swashbuckler of his choice, letting his dreams of a sword-wielding, seafaring scallywag come true. There are many packages to choose from (there are also packages for young girls too!), some even starting as low as $29.95, giving your child the full marauder makeover. There is more to this Pirate League than just LOOKING like a pirate too—the Pirate Masters will share with your little ones stories of sunken ships and pirate adventures, even “training” them in basic buccaneer maneuvers. There is also a Parade of Pirates in Adventureland, should your newly transformed pirate tagalong want to participate. Check out all the details on The Walt Disney World Website.