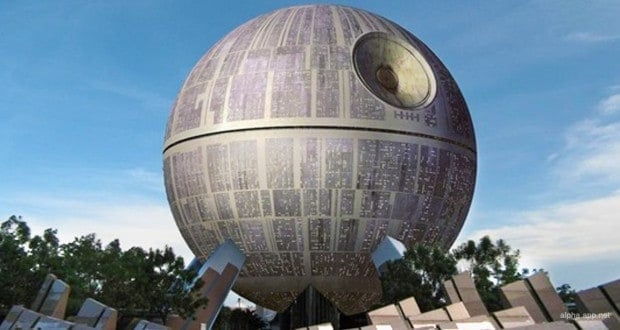 Beloved Epcot Attraction To Be Redesigned Into The Death Star

The centerpiece of this new initiative is going to be the transformation of Spaceship Earth into the Death Star from Star Wars. In addition, declining numbers to such attractions as Ellen’s Energy Adventure and Living With The Land means we will also see big changes to these areas as well. It is rumored that The Seas will become an underwater adventure thrill ride featuring Ja Ja Binks and The Land will become Jakku, Rey’s planet from the newest Star Wars movie. Coruscant, the world that was one huge city where the Jedi Council met and Queen Amidala represented her people in the Senate will replace The Universe of Energy Pavilion.

No dates are set for the renovation of the various pavilions in Epcot, but construction on Spaceship Earth will begin April 1st, 2017. Since Disney purchased the Star Wars franchise in October of 2012, for $4.05 billion, Disney fans have been polarized regarding the additions of such attractions as Star Tours and Star Wars Launch Bay. The decision to expand the Star Wars theming to Epcot is certain to fan the flames of this debate amongst Disney fans everywhere.

Apparently, there are two kinds of people in this world, those who love Star Wars and those who hate it. Personally, I love Star Wars and hope you won’t be too perturbed when I say – “April Fools!” Spaceship Earth is NOT being transformed into a Star Wars attraction nor are any of the pavilions going to fall victim to Star Wars fever. We hope we didn’t cause your blood pressure to skyrocket (if you’re a Star Wars Hater) or to get too excited (if you’re a Star Wars lover). Rest assured you’ll never hear “that’s not Spaceship Earth – It’s a Space Station!