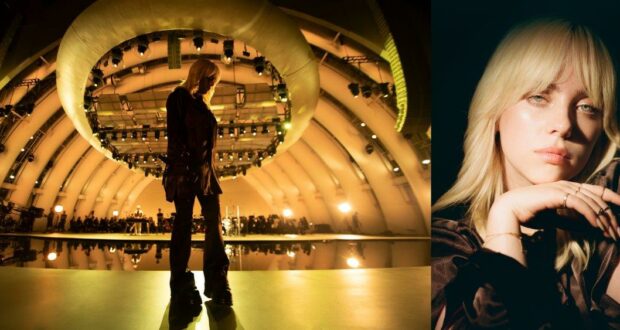 Billy Eilish’s “Happier than Ever: A Love Letter To Los Angeles” Coming Soon To Disney+

Disney just announced that on Friday, September 3rd Grammy Award-winning and chart-topping artist Billie Eilish will make her Disney+ debut with a cinematic concert called “Happier than Ever: A Love Letter to Los Angeles.”

The Disney+ special will feature performances of each song from her new album “Happier than Ever”. Viewers will be taken on a dreamlike journey through Billie’s hometown of Los Angeles and will also feature FINNEAS, the Los Angeles Children’s Chorus, the Los Angeles Philharmonic conducted by Music & Artistic Director Gustavo Dudamel, and world renowned Brazilian guitarist, Romero Lubambo, with Orchestra Arrangements by David Campbell.

We look forward to seeing the concert come to life on Disney+.