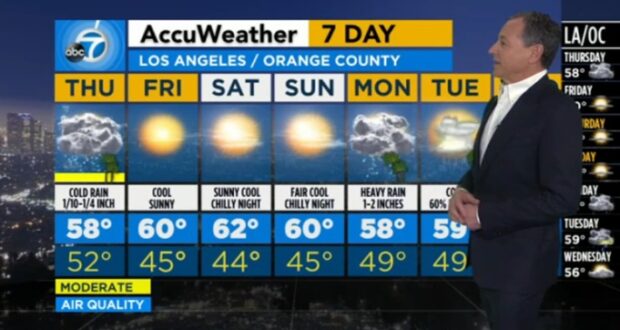 Did you know former Disney CEO Bob Iger began his media career as a weatherman? In 1973, the now renowned businessman was just starting his career in media and entertainment on a cable news station in New York, where he reported the weather each morning. 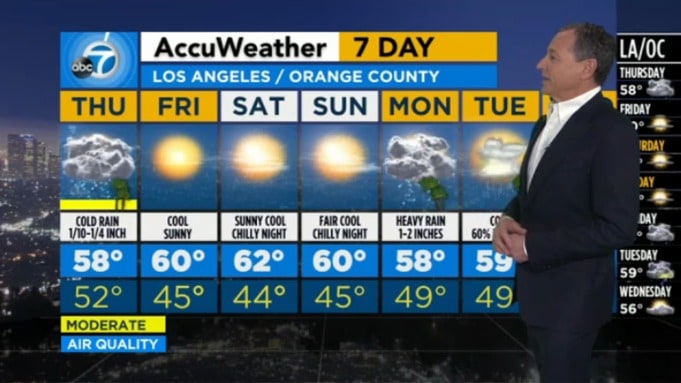 Iger was only 23 years old when he worked his short career as a weatherman, and while he did not excel in this field, especially compared to later areas of his tumultuous career, he took away fond enough memories of the experience for him to use this role as one of his last days “on the job” before retiring at the end of this month.

KABC, an ABC affiliate station in Los Angeles was happy to host Iger this morning as he unbeknownst to viewers filled in for regularly scheduled meteorologist Leslie Lopez. During the newscast, Iger may have initially come off as a bit on edge, at least compared to his usual media ready self when we have seen him in the Disney news realm, but he quickly settled back into the weatherman role and reported the weather with lots of smiles and enthusiasm.

Later in the day, Iger took to Twitter to share that he had fun on the job: