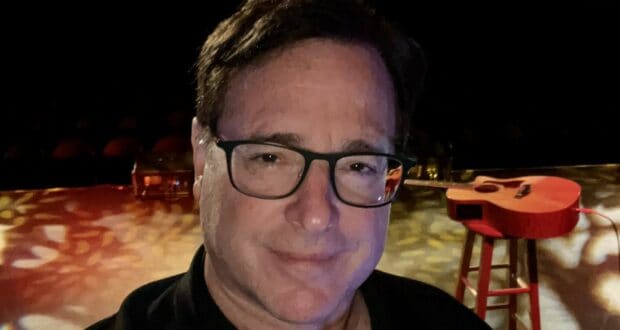 Breaking news is coming out this evening, January 9, 2022, as Bob Saget, the “Full House” and “America’s Funniest Home Videos” star and popular comedian, has died at the age of 65.

The terrible news has all of us in shock but has been confirmed as @OrangeCoSheriff took to Twitter around 7:45 pm on January 9 to report, “Earlier today, deputies were called to the Ritz-Carlton Orlando, Grande Lakes for a call about an unresponsive man in a hotel room. The man was identified as Robert Saget & pronounced deceased on scene. Detectives found no signs of foul play or drug use in this case. #BobSaget”

According to an exclusive report from TMZ, “Multiple sources connected to the iconic comedian and actor — most famous for his starring role as Danny Tanner in ‘Full House’ — tell us he passed away Sunday at the Ritz-Carlton in Orlando. The Sheriff’s Department and the fire department responded to the hotel around 4 p.m. ET … after hotel security had found Bob in his room. We’re told he was pronounced dead on the scene, but the circumstances of his death are still unclear.”

Saget has been on tour with a recent stop in Orlando, Florida. On Saturday night, January 8, Saget did a Jacksonville show at the Ponte Vedra Concert Hall. His last tweet from early this morning was a shout-out to the audience stating, “Loved tonight’s show @PV_ConcertHall in Jacksonville. Appreciative audience. Thanks again to @RealTimWilkins for opening. I had no idea I did a 2 hr set tonight. I’m happily addicted again to this shit. Check http://BobSaget.com for my dates in 2022.”

Bob Saget was probably most famous with his role as the fictional character, Danny Tanner, on the ABC sitcom “Full House” from 1987–1995, and then again in its Netflix sequel “Fuller House” from 2016–2020. He was also well-known for hosting “America’s Funniest Home Videos” from 1989 to 1997.

The stand-up comedian was also known for his adult-oriented jokes which put a spin on his fatherly-figure appearances from “Full House”.

Saget also played Ronnie in the Fox/ABC Studios TV show, “Grandfathered’ and even appeared in “The Mickey Mouse Club”.

Our thoughts and condolences are with the Saget family and friends.