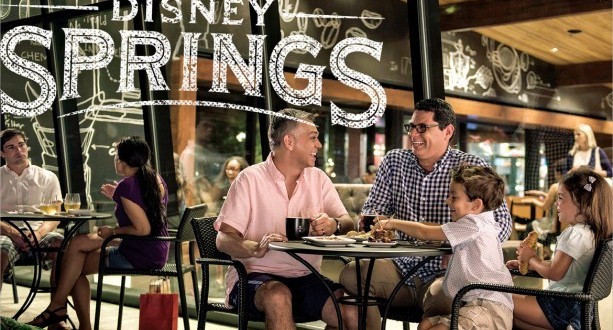 Quoting from the Orlando Sentinel
Celebrity chef Art Smith is bringing Florida flavor to a new restaurant opening next summer at Disney Springs.

Homecoming: Florida Kitchen and Southern Shine will be Disney’s first farm-to-fork restaurant that will concentrate year-round on the state’s diverse agriculture and culinary heritage.

“The menu is a big part of my ongoing homage to Florida’s bygone era,” the Florida native said in a prepared statement to be released today. Guests can expect Southern favorites such as homemade pimento cheese, deviled eggs, low-country shrimp and grits, and a grilled blackstrap pork chop with sawmill gravy. The “majority of our seafood, produce, poultry and beef will be from local farms, ranches or fisheries,” Smith said.

Smith, 55, is a familiar face on the food scene, with restaurants in Chicago, Atlanta and Washington, D.C. TV viewers may recognize him from “The Today Show,” “BBQ Pitmasters” and “Top Chef Masters.” He was Oprah Winfrey’s personal chef for 10 years.

Photos of construction and signage of Disney Springs, the new incarnation of Downtown Disney planned for completion in 2016. More coverage here.
The sixth-generation Floridian grew up in the small city of Jasper, midway between Jacksonville and Tallahassee. His family still raises cattle and grows pecans and heirloom vegetables in the Panhandle.

“Rustic-chic” is the design concept planned for the 6,000-square-foot Homecoming, which will feature a glass-walled open kitchen. Southern Shine bar will serve cocktails, punches and coolers, including some made with now-legal variations of moonshine.

Smith worked for former Florida Govs. Bob Graham and Jeb Bush. His expertise is Southern American cooking. While attending Florida State University, he completed culinary internships with The Greenbrier in West Virginia and the Walt Disney World College Program. He won a James Beard Award — considered one of the highest culinary honors — for his 2001 cookbook, “Back to the Table: The Reunion of Food and Family.”

In 2006, Smith founded the nonprofit charity Common Threads, which focuses on teaching children about different cultures through food and art. In 2007 he received the Humanitarian of the Year award for that initiative from the James Beard Foundation. And after 25 years of preparing award-winning meals for celebrities and heads of state, he is making Florida his home again. “I couldn’t be happier about coming back to Florida and Walt Disney World Resort,” said Smith. “To be able to prepare the food I love in the place where I have so many special memories is a dream come true.”