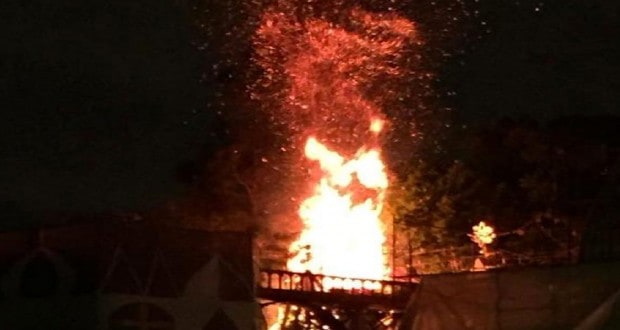 Breaking News: Another Fire at a Disney Park!

According to multiple news sources and social media outlets there was a fire at the It’s a Small World attraction at Disneyland in California last night.

Reports are that the fire broke out around 9:15 pm and was possibly caused by fireworks.

The fire was confined to a small area and no one was injured in the blaze. The ride was closed for a short time.

“Firefighters on Saturday night extinguished a fire that engulfed a tree near the iconic It’s a Small World attraction at Disneyland, officials said.” – KTLA website