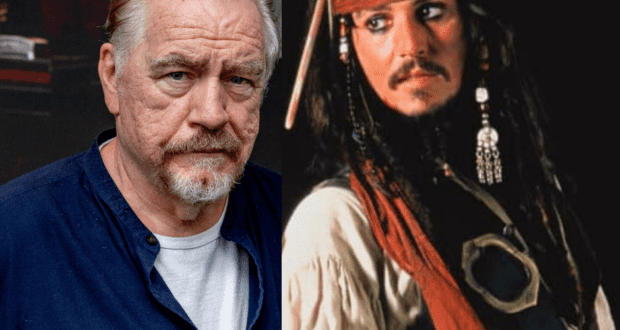 Brian Cox is an actor best known by modern audiences for his recent award-winning work on the ongoing HBO series Succession (2018-present), his work in historical epics like Braveheart (1995) or Troy (2004), 25th Hour (2002) opposite Edward Norton, and his impressive line of theatre credits– but the actor’s brand-new autobiography, “Putting the Rabbit in the Hat”, features the actor throwing some insults in other actors’ directions.

Although the memoir is not being released until January 18, an excerpt from the memoir has been released — and Succession star Brian Cox does not hesitate to reveal in the book that not only was he offered a role in the blockbuster Disney franchise Pirates of the Caribbean, but also that a big factor in his decision to turn down the role was actually Captain Jack Sparrow actor Johnny Depp.

In the excerpt, Cox writes that the Pirates of the Caribbean movies are “very much the ‘Johnny Depp as Jack Sparrow’ show, and Depp, personable though I’m sure he is, is so overblown, so overrated”. The Academy Award-winning actor also mentions being less than impressed by Johnny’s performance in the Tim Burton movie Edward Scissorhands (1990).

“Let’s face it, if you come on with hands like that and pale, scarred-face make-up, you don’t have to do anything. And he didn’t. And subsequently, he’s done even less. But people love him. Or they did love him. They don’t love him so much these days, of course”, Cox added (no doubt in reference to the scandals in recent years that have surrounded Johnny Depp).

Since Brian Cox is considered a heavyweight in Hollywood with a long line of award-winning acting credits, his criticisms of Johnny Depp’s performances as an actor in Pirates of the Caribbean and Edward Scissorhands are particularly scathing. The Scottish actor certainly does have the advantage of prestige in relation to Johnny Depp; although both actors have decades of experience and have received plenty of accolades ranging from Oscars to Golden Globes, Brian Cox also has a longstanding theatrical legacy with both the Royal Shakespeare Company and the Royal National Theatre that legitimizes him in many people’s eyes. 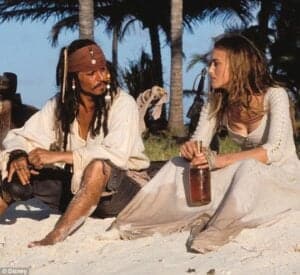 He has also won multiple Olivier Awards for his work on stage, and he’s written two other books called “Salem to Moscow: An Actors Odyssey” and “The Lear Diaries”. The fact that Johnny Depp has come under fire in recent years after a messy divorce with Amber Heard (involving allegations of abuse) and that the actor has seen a drastic decrease in popularity also adds salt to the wound.

The role that Brian wold have played, if he’d accepted it, was Governor Swann. “I turned my nose up at the part of the Governor in the ‘Pirates of the Caribbean franchise,’ a role that was eventually played by Jonathan Pryce….It would have been a money-spinner, but of all the parts in that film it was the most thankless, plus I would have ended up doing it for film after film and missed out on all the other nice things I’ve done,” Brian wrote.

In the excerpt from Brian Cox’s new autobiography, the Scottish actor also referenced his rejection of roles like Robert Baratheon in the Game of Thrones series (which went to Mark Addy). He was considering the role of Mad-Eye Moody in the Harry Potter franchise, but lost it to Brendan Gleeson. Have you been following the career of either of these actors? Do you think that Brian Cox would have done well in a role in Pirates of the Caribbean, and is Captain Jack Sparrow one of your favorite Disney characters despite the issues surrounding the actor who plays him?