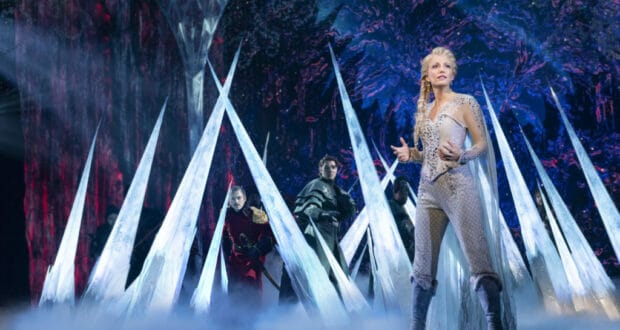 Broadway’s ‘Frozen’ Gets a Limited-Edition Donut

Fans of Frozen (2012), fans of Frozen 2 (2019), and Disney donut connoisseurs everywhere will be pleased to know that the Broadway adaptation of Disney’s Frozen has just gotten its own signature donut! The Broadway show is currently on the Chicago leg of its North American tour (despite some canceled shows due to the ongoing COVID-19 pandemic), and the popular Chicago donut shop Stan’s Donuts is honoring the show by adding a special Frozen donut called “Let It Dough” to the menu.

Customers who order the “Let It Dough” donut will also get access to a limited-time discount for the Broadway show — and of course, they get the privilege of enjoying a good “Let It Go” pun! 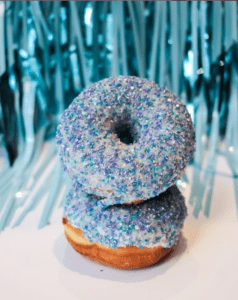 Broadway’s Chicago branch shared the following on Instagram: “a custom @stansdonutschicago for @frozenbroadway? Very Hygge. Visit any Stan’s Donuts locations to enjoy the specialty “Let It Dough” donut and find a limited time discount offer to Disney’s FROZEN! “Let It Dough” will be at Stan’s until Jan 22.”

Stan’s Donuts and Coffee also shared the news on Instagram, with the following caption: “Let it dough, let it dough. Can’t hold it back anymoreeee! We’ve partnered with @broadwayinchicago and @disney’s “Frozen” to bring you “Let It Dough,” a one-of-a-kind vanilla iced donut with special sprinkles, available January 3–22. Come & get it!!” 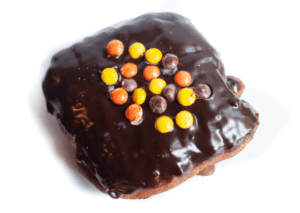 Stan’s Donuts and Coffee specializes in made-from-scratch donuts, and the shop also can ship donuts nationwide, since there are several different store locations! There are also local pickup and delivery options if you live near a physical store location and want convenient access to some wholesome desserts. Since it’s practically impossible to have just one donut for dessert, you may also want to try the glazed crullers, blueberry cream cheese pockets, chocolate glazed donuts, birthday cake donuts, or peanut butter pockets (which are one of the most popular products on the menu)! 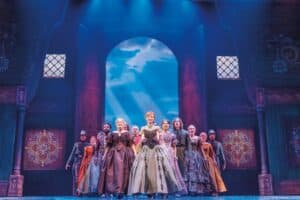 Are you hoping to see Frozen on Broadway during its North American tour? And are you already a big fan of donuts, whether or not they’re donuts affiliated with Disney?