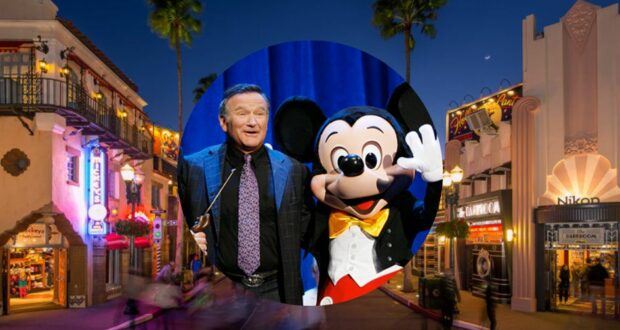 It’s hard to believe that the world lost Robin Williams 8 years ago in August 2014. The talented actor and comedian that was involved in multiple Disney films is being remembered by a former Disney Cast Member.

One of Williams’ most memorable Disney roles was as the voice of Genie in Disney’s animated film, Aladdin (1992). Williams’ fun-loving, big personality shined through in the big blue Disney character which is still a fan favorite today.

RELATED: A Tribute to Robin Williams – The Voice Behind the Disney Genie in Aladdin

From Disney’s Flubber (1997) to Bicentennial Man (1999), and his excellent performance as Peter Pan in Hook (1991), Williams was a shining star, and well known for his humble spirit.

A former Disney Cast Member shares a story via TikTok, remembering Robin Williams and a visit he made to the Walt Disney World Resort.

While the former Cast Member in the video notes this experience did not happen to him, it was talked about among fellow Cast Members for years.

The former Cast Member notes that Cast Members are trained not to speak with celebrities that visit the Disney Parks. The rule is you can’t talk with them unless they speak to you. This is the theme park’s way of protecting the celebrity’s privacy.

So, when Robin Williams visited Disney’s Hollywood Studios, Cast Members followed their training. As Williams toured the Disney Park, he asked his guide, “Why is everybody ignoring me?”

What did Williams decide to do about it? The very next day, he walked around the Disney theme park to the different Cast Members with a stack of autographs.

He would hand out an autograph and say to the Cast Member, “I know you’re not allowed to talk to me. Here’s an autograph.” He did this until he was out of autographs.

@dappermanatee shares the sweet story in the video below:

The Disney fans’ reactions to the post perfectly sum up just how much everyone misses Robin Williams with comments such as, “He was such a precious human,” “Robin Williams was literally too good for this world,” and “His loss still hurts today. I’m happy to hear these stories.”

Robin Williams was inducted as a true Disney Legend in 2009… a well-deserved title.