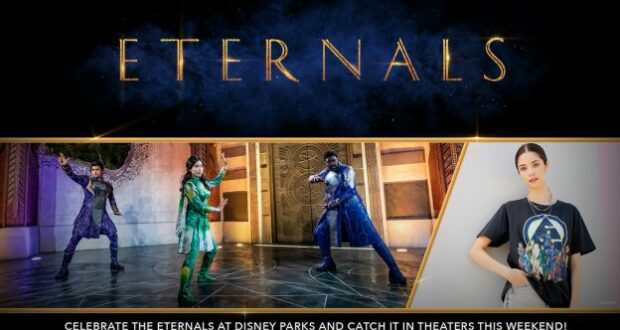 Celebrate Marvel’s “Eternals” in Theatres and at Disney Parks

Eternals is now playing in theaters everywhere, and the Disney Parks Blog just shared ways to celebrate the latest Marvel Studios production both in theaters and at Disney Parks! 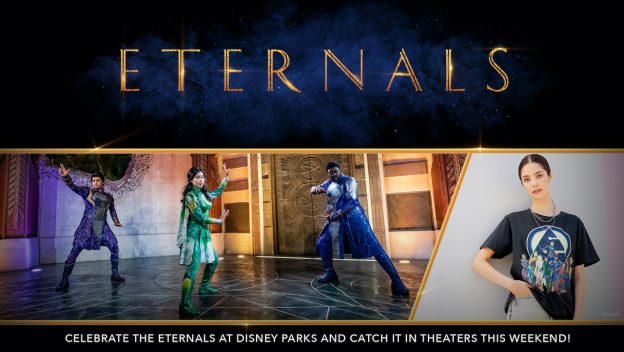 Both Disneyland and the Walt Disney World Resort are now offering Guests a sneak peek at scenes from the film for a limited time. If you have a Disney trip coming up soon, you may be able to check out some of the film ahead of your next trip to the movies! Guests visiting Disneyland can find the sneak preview at Sunset Showcase Theater in Hollywood Land at Disney’s California Adventure, while Guests at Walt Disney World can find the preview showing in the theater inside Walt Disney Presents at Disney’s Hollywood Studios. The new Eternals: AR Story Experience that fans can try right from home is launching this week, too. The Eternals: AR Story Experience is an immersive augmented reality experience that places fans in the center of the film’s story where they can meet characters and discover truths about humanity like the superheroes in the movie. To get started, download the Disney Movies Insiders app on iOS. New Eternals merchandise is now available, too! Head over to shopdisney.com or select locations around the Disneyland Resort and Walt Disney World Resort to shop items with the film’s logo, t-shirts, accessories, and more.

Marvel’s Eternals is playing now in theaters everywhere, and merchandise is available both in the parks and on shopdisney while supplies last. Grab some popcorn and settle in for Marvel’s latest adventure, and then get to shopping!