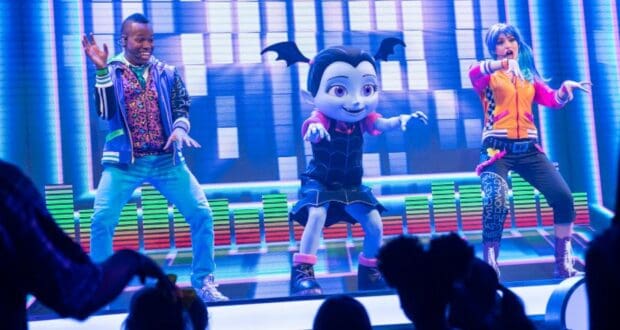 As entertainment continues to make its way back to Disney theme parks, we’ve just learned that the Disney Junior Dance Party will soon be returning to Disney’s California Adventure! This interactive live performance that is a fan-favorite for families visiting the Disneyland Resort with young kids, will officially be returning this Friday, on October 15, 2021. 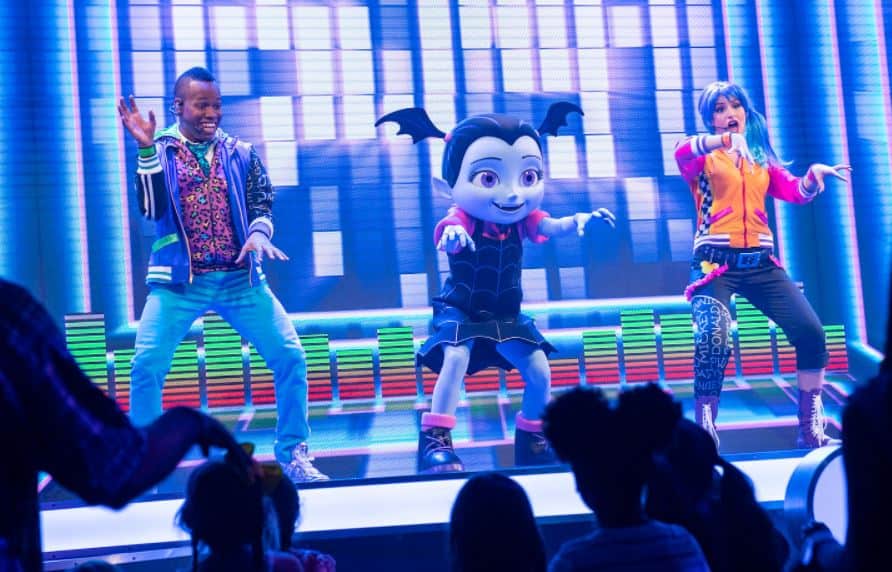 The Disney Junior Dance Party features an array of high-energy musical numbers special effects and favorite characters from Disney Junior TV shows that are sure to get your little ones up and dancing. Hosted by Finn Fiesta and DJ Deejay, the show includes Disney Junior characters like Doc McStuffins, Mickey Mouse and Minnie Mouse from “Mickey and the Roadster Racers,” plus Vampirina from the popular Disney Junior series, “Vampirina.”

Like many of the returning live performances and character meet and greets at Disney Parks, the Disney Junior Dance Party will be modified for health and safety reasons upon its return. The new modified format will have adjustments to the show that will allow for more physical distancing between parties. Additionally, parents or guardians will be seated with their children to keep parties together rather than having all of the kids in a separate section. 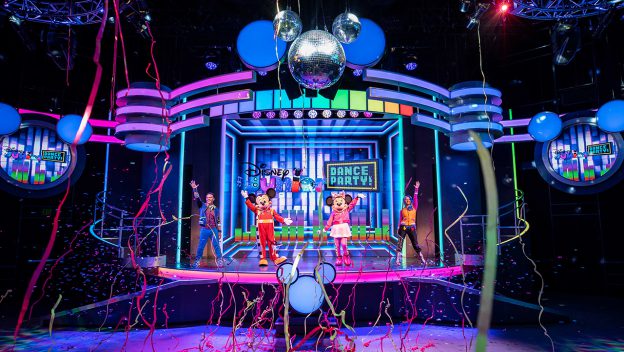 Along with the Disney Junior Dance Party at Disney’s California Adventure, Guests with young kids are invited to hop over to Disneyland where classic family-friendly attractions are waiting just for them! Rides like “it’s a small world,” and Dumbo the Flying Elephant are perfect for little ones, and they would likely be thrilled to see the new scene from Coco that is now included in Mickey’s Philharmagic!

The return of the Disney Junior Dance Party is a welcome sign of entertainment making its way back to Disneyland, and we hope to see some more similar updates coming soon on the East Coast with performances around the Walt Disney World Resort, too.