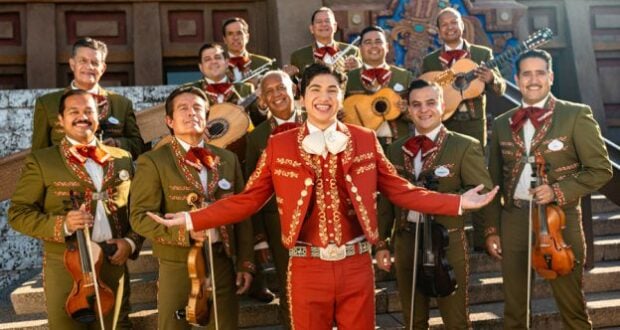 Anthony González, the voice behind main character Miguel in Disney and Pixar’s Coco, recently spent the day exploring EPCOT with his family and surprising Walt Disney World Guests along the way! 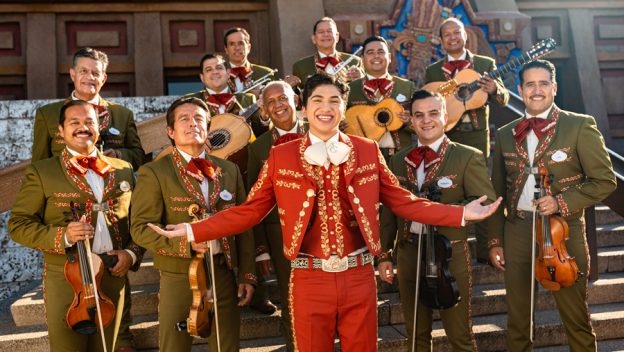 During his visit to Walt Disney World, he was able to take his family along to experience some of the new offerings that just debuted for “The Most Magical Celebration on Earth,” including Harmonious in EPCOT and Disney Enchantment in the Magic Kingdom. (Both new nighttime spectaculars also feature music that González is certainly familiar with, from Coco!) 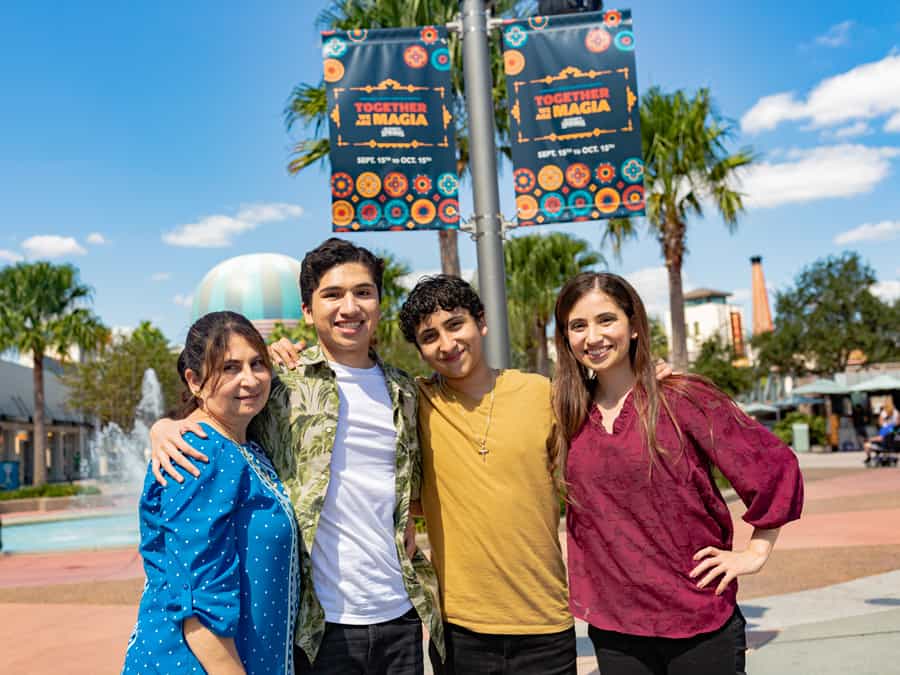 He also got to see the new statue of Miguel and Dante in EPCOT that recently debuted as part of the Disney Fab 50 Character Collection in celebration of the 50th anniversary of Walt Disney World. After taking in all of the above, plus a visit to the “Remember Me” exhibit, which shares the real history and culture that inspired Coco (and is an excellent exhibit, if you haven’t seen it you should add it to your list!), González tried some of the new eats available as part of “Together We Are Magia” this month. 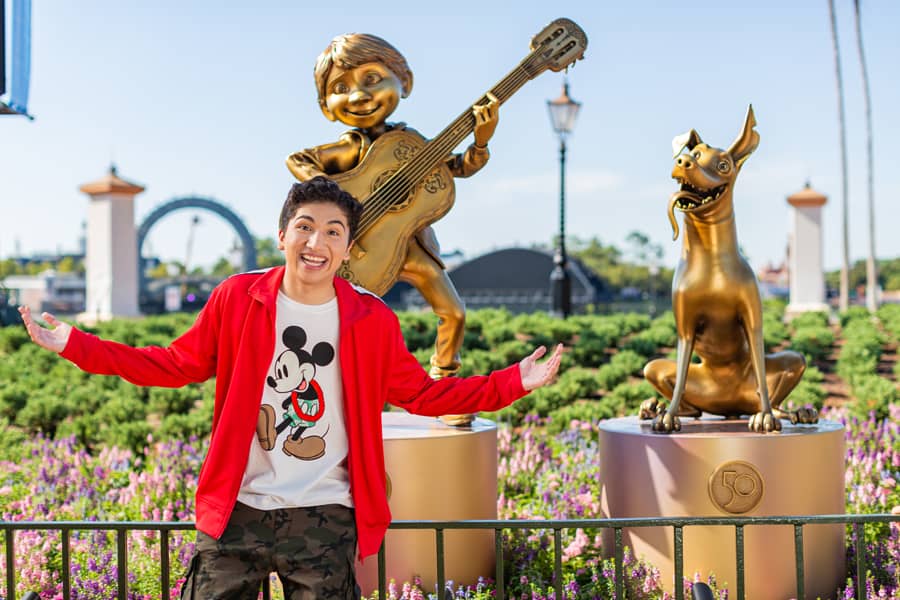 Guests were surprised when González took to the stage with Mariachi Cobre in the American Gardens Theatre to perform his songs from Coco! While in EPCOT, González joined the popular EPCOT musical group for energetic performances of “Un Poco Loco,” “Remember Me,” and “The World es Mi Familia.” Check it out in the video below shared by the Disney Parks Blog!

For even more Coco, be sure to spend some time in EPCOT during your next Walt Disney World vacation, and keep an eye out for the “Remember Me” exhibit and the new statue of Miguel and Dante! At home, you can find Coco streaming on Disney+ or listen to the soundtrack which is available on all music streaming services.