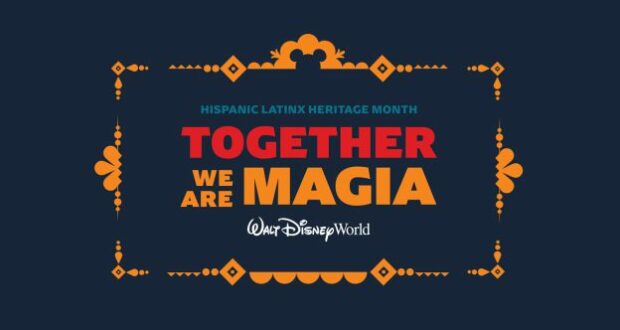 Walt Disney World just announced a new promotion in celebration of Hispanic Latinx Heritage Month with special offerings and festivities taking place around the resort called, “Together We Are Magia!”

The festivities take place at Disney theme parks, Disney Springs, and at select resort hotels, and we are excited to share them with you:

In EPCOT, head over to San Angel Inn in the Mexico pavilion where just for “Together We Are Magia,” San Pascual award-winning Chef Federico A. Lopez is offering a special menu full of authentic regional Mexican cuisine from October 1-December 31, 2021. For more magic from Mexico during this celebration, keep an eye out for the Fab 50 statue of Miguel and Dante from Coco while visiting EPCOT. 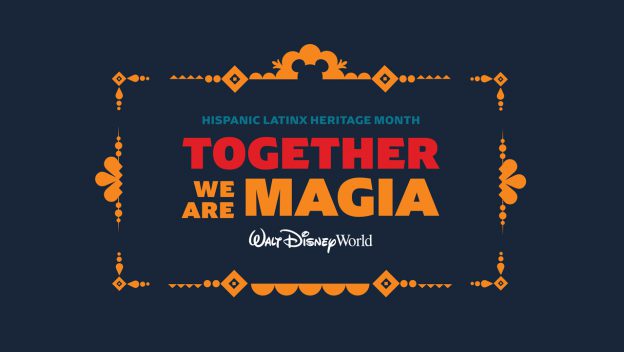 A few countries over in World Showcase at the American Gardens Theater, you can check the times guide or the My Disney Experience app to see when you can catch a performance by the renowned group Mariachi Cobre during your visit.

If your next trip to EPCOT falls during the EPCOT International Food & Wine Festival, you can try unique flavors like the Chimichurri-up Offense at the Flavors of Fire kitchen or the Crispy Pig Eat Salad from The Swanky Saucy Swine. October 1-4, 2021 you can also catch Latin Ambition performing at the American Gardens Theater. (The EPCOT International Food & Wine Festival runs through November 20, 2021.)

In Disney’s Hollywood Studios, Fairfax Fare is serving up a Colombian hot dog, and in the Magic Kingdom Guests can spot Elena of Avalor in the Royal Princess Processional character cavalcade.

Disney’s Animal Kingdom is in on the celebration, too with new items on the menu at Tiffins based on memories from Imagineers’ travels to Oaxaca, Mexico. The new menu items included Sweet Corn Soup and Charred Octopus, and they look delicious! If you are spending some time in Nomad Lounge, you can also never go wrong with an order of churros. For something more on the grab-and-go end of things, head to The Smiling Crocodile for Street Corn Tacos!

At Disney resorts, Movies Under the Stars will include several films inspired by Latin culture and history and featuring Hispanic and Latinx performers and artists, including Elena and the Secret of Avalor and Coco just to name a few. We will also be seeing more Latin-inspired food coming to Disney resorts, with new dishes like Pork Tacos with marinated mango and a Warm Manchego cheese dip at Three Bridges at Disney’s Coronado Springs Resort, Pork Ropa Vieja at Disney’s Old Key West Resort, and Shrimp Tacos at Disney’s Saratoga Springs Resort & Spa. 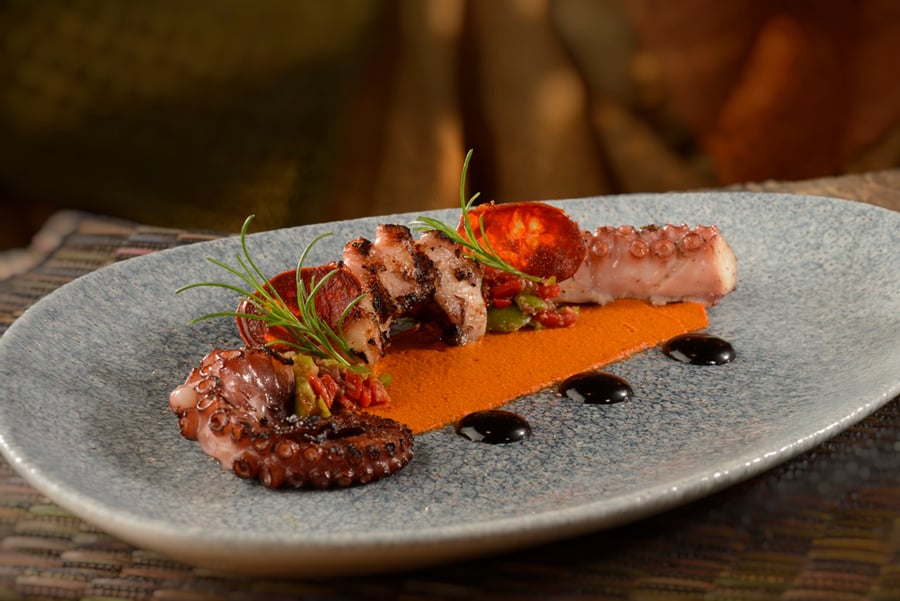 Disney Springs is celebrating the best way they know how- lots of food, new entertainment and shopping excursions! Musical performances at Disney Springs will include groups like Latin Pop band La Calle, and Nicholas Marks who blends American Pop with Spanish Flamenco.

For the foodie side of this celebration, Disney Springs is featuring three Hispanic and Latinx culinary Cast Members who have created new dishes inspired by their heritage. The first is Alex Cabrera from Amorette’s Patisserie who created a new Tres Leches. At D-Luxe Burger, Cast Member Jose Rodriguez is serving up a Tripleta Burger, and Jock Lindey’s Hangar Bar has added to the menu Tostones by Oscar Prieto. 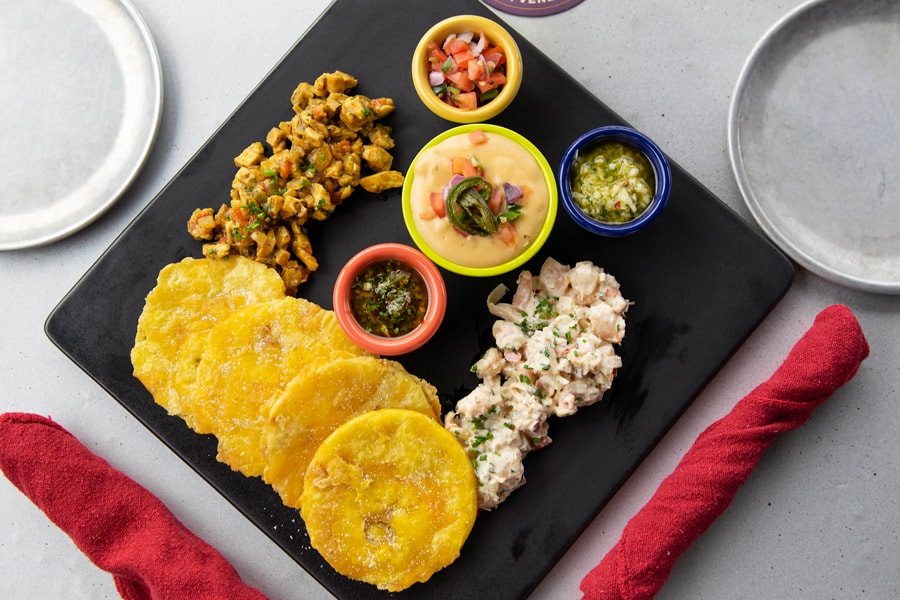 The Disney Springs food trucks are part of “Together We Are Magia,” too, with visiting Food Truck Urban Cilantro Eatery popping up with their Venezuelan, Puerto Rican, Mexican and American cuisine.

And for shoppers in Disney Springs, you can’t miss artwork inspired by the upcoming Disney film Encanto, plus handmade gifts from the Crystal Arts by Arribas Brothers, soccer merchandise from Pelé Soccer, hand-rolled Cuban cigars from Sosa Cigars, and jewelry by Spanish artists at UNOde50.

“Together We Are Magia” sounds like an incredible celebration and we can’t wait to experience it for ourselves during this year’s Hispanic Latinx Heritage Month!