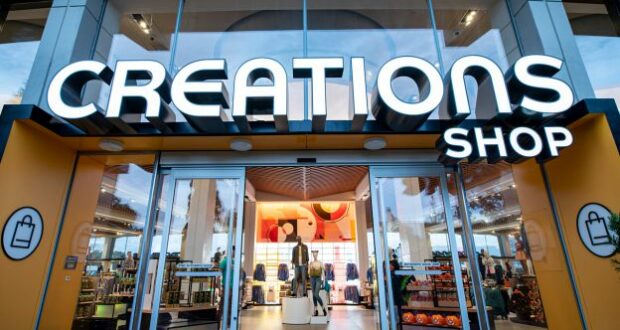 The new flagship merchandise location for EPCOT is now open! The reimagining of Mouse Gear into the brand new Creations Shop plus the opening of Club Cool on the same day, brings us one step closer to Disney’s dramatic redesign of EPCOT. 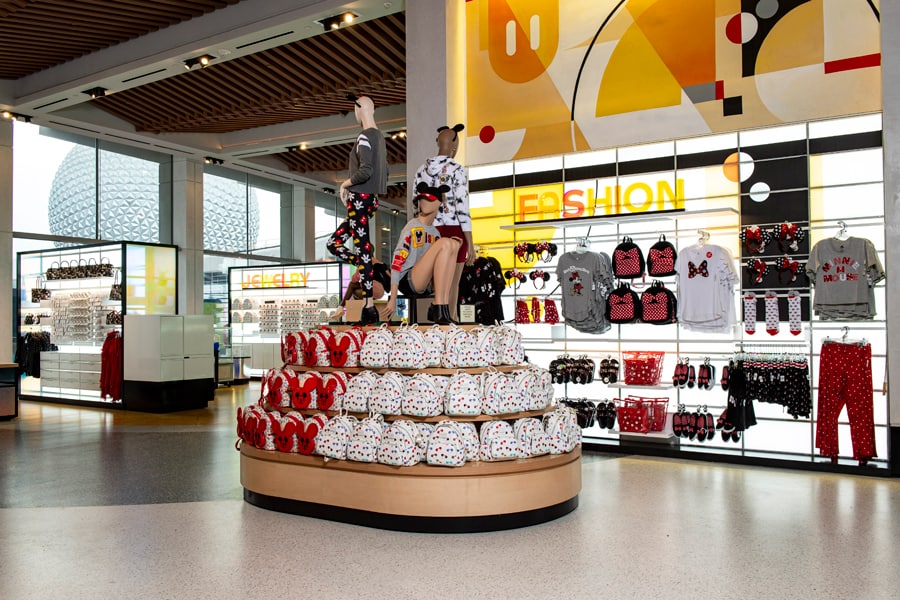 Fans of Mouse Gear (and the site’s former shop, the Centorium) will be pleased to learn that Disney Imagineers were careful to honor the legacy and nostalgia of EPCOT while designing the park’s newest shopping destination. In creating the new space, Imagineers crafted original designs sure to rival the iconic gears inside Mouse Gear, within contemporary architecture to make a fresh shopping experience. 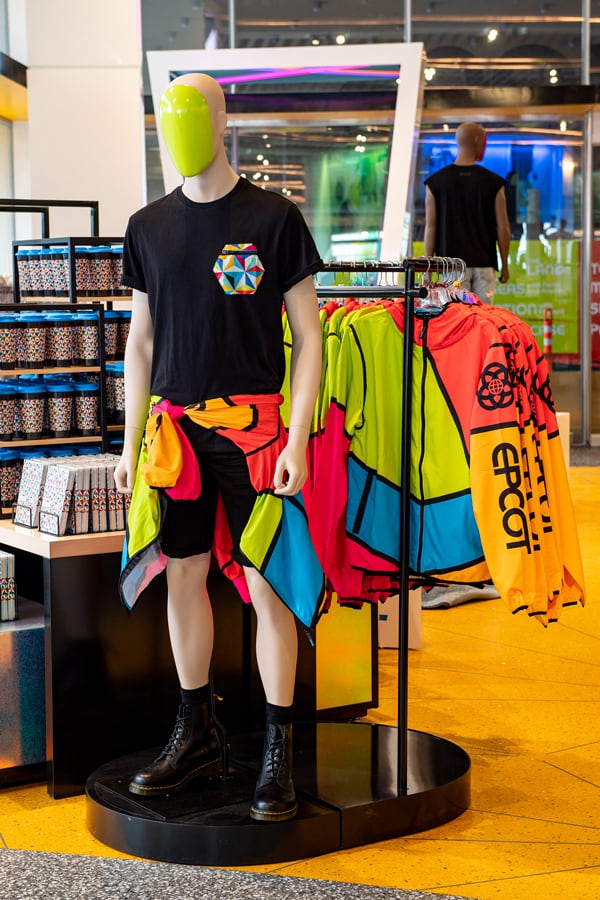 In focusing in on nostalgia, Imagineers used Mickey as a the inspiration for the creativity in the store’s design. As such, you’ll be able to find nods to our favorite mouse throughout the store with murals, color choices and a set of original sculptures made by Imagineers.

Located near the center of the park’s World Celebration neighborhood the shop will continue to offer the variety of merchandise and souvenirs Guests came to expect at Mouse Gear while showcasing EPCOT’s iconic sites and characters in its decor. 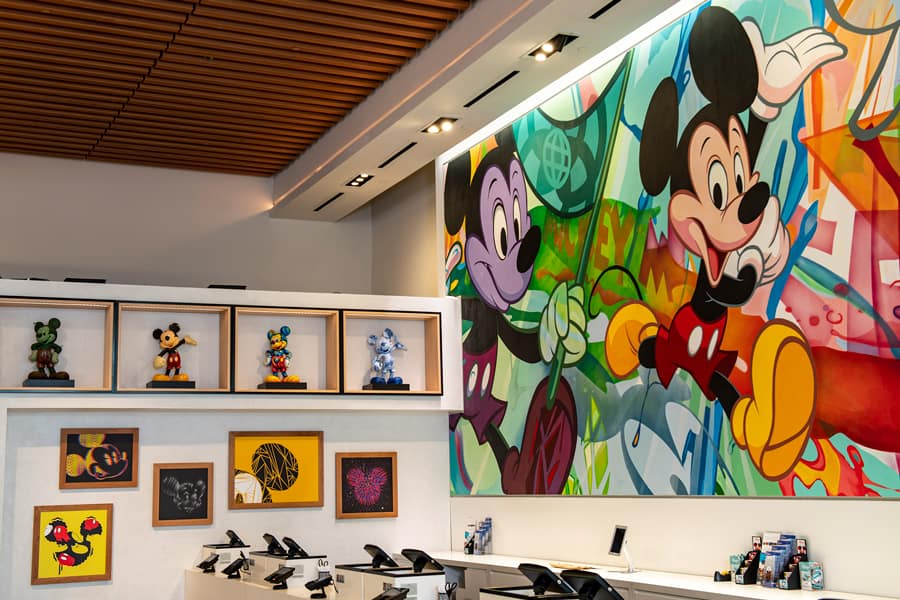 The opening of Creations Shop comes the same day as the opening of Club Cool, with both locations being among the first to set the tone for World Celebration. As Disney officially announced in 2019, EPCOT is undergoing an extensive reimagining that will be breaking up Future World into multiple thematic neighborhoods to better align with a modern vision of the park.

Some attractions, like the Fountain of Nations and Innoventions were removed to make space for new architectural designs and attractions that would better fit with the new vision from the park, so we are excited that Creations Shop and Club Cool while unique from their predecessors will still be giving us some classic EPCOT throwbacks when we visit.