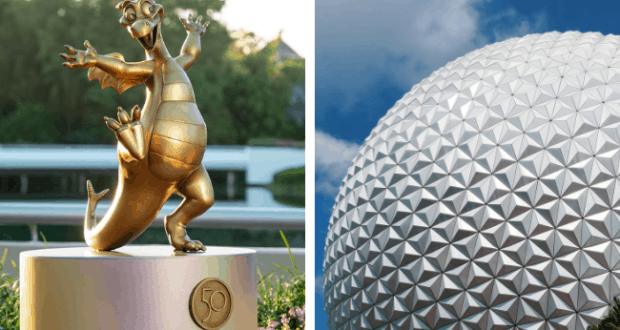 We can’t believe The Most Magical Celebration on Earth is almost here! Earlier this year, Disney announced that a set of “Fab 50” character statues would debut across Walt Disney World in honor of the park’s 50th anniversary. We’ve already seen some of the statues that have arrived at the Magic Kingdom, and today we got a first look at the ones over in EPCOT! 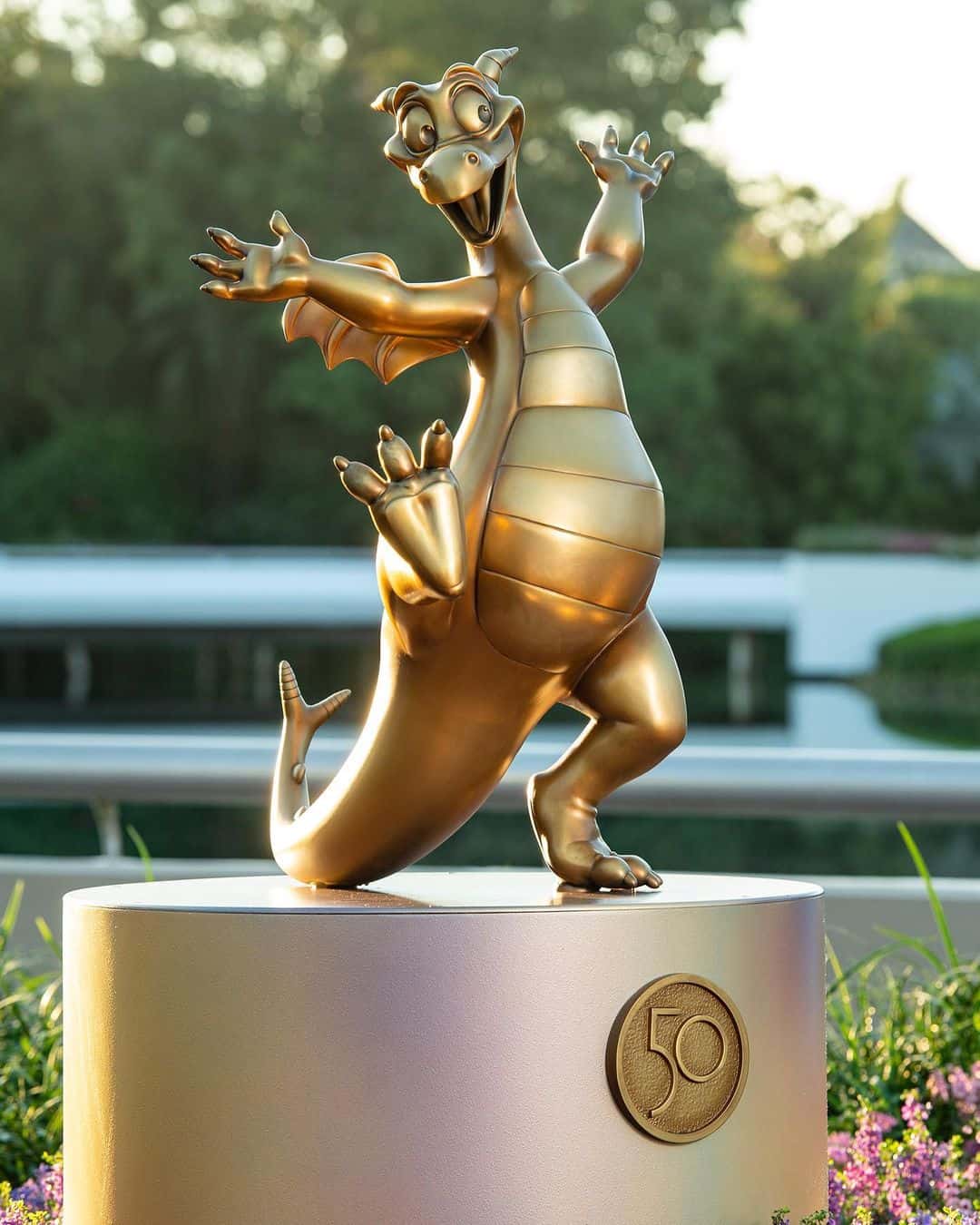 Disney Imagineer Zach Riddley has been sharing lots of details on the resort’s 50th anniversary celebration and EPCOT’s reimagining on his Instagram, and in sharing the new EPCOT Fab 50 statues he says, “Friends original and new – each character represents this spirit of EPCOT of a world where anything is possible with …. ‘Imagination, imagination. A dream, can be, a dream come true. With just that spark, from me and you.'” 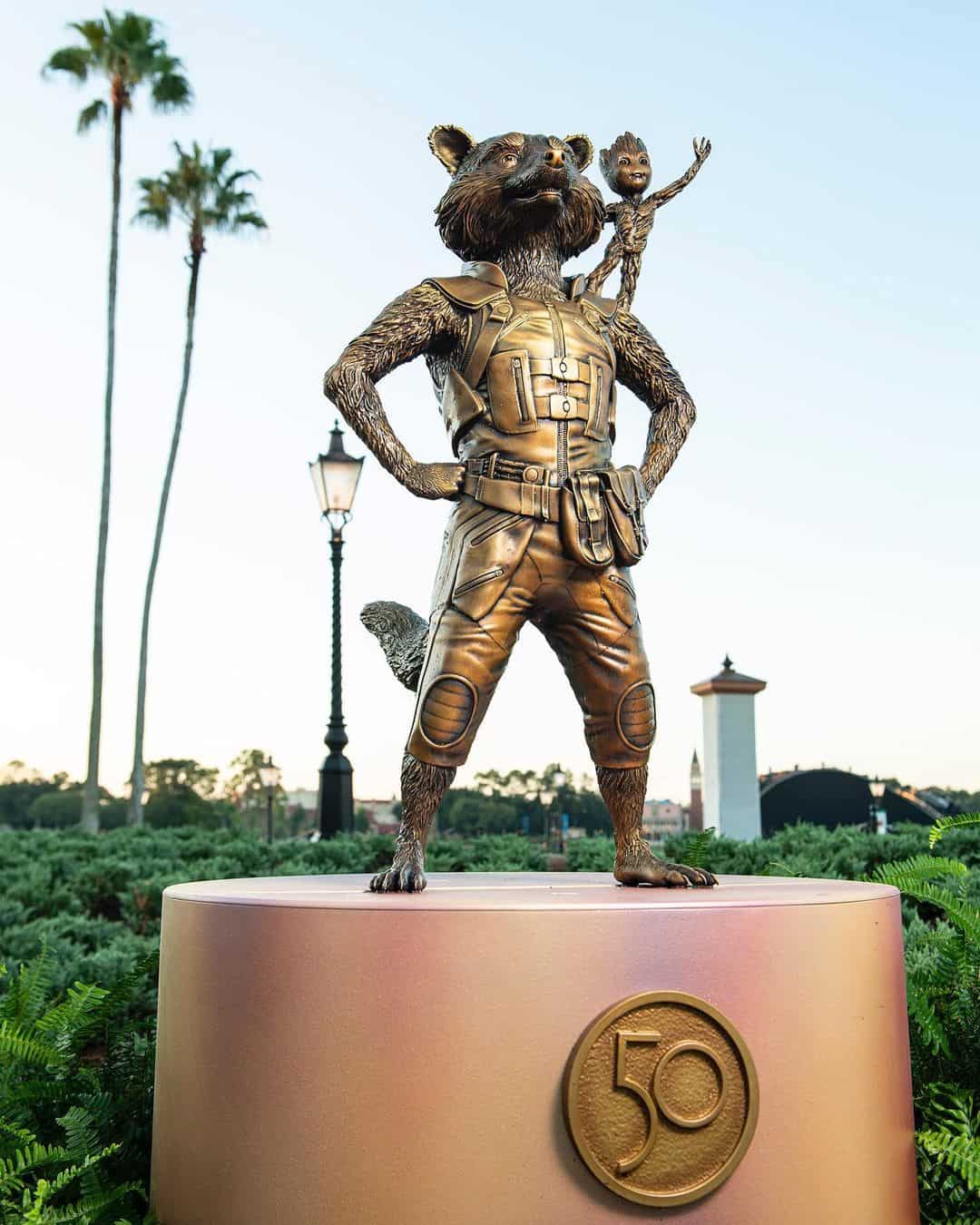 There is indeed a statue of Figment included in the Fab 50 set and we cannot wait to see him in person! Despite Journey Into Your Imagination’s less than popular change from the original version of the attraction, Figment as a character has remained a staple in EPCOT’s past and present, often acting as a sort of mascot on festival merchandise nearly every season. We are thrilled to see this parks-created character included this way for Walt Disney World’s 50th! 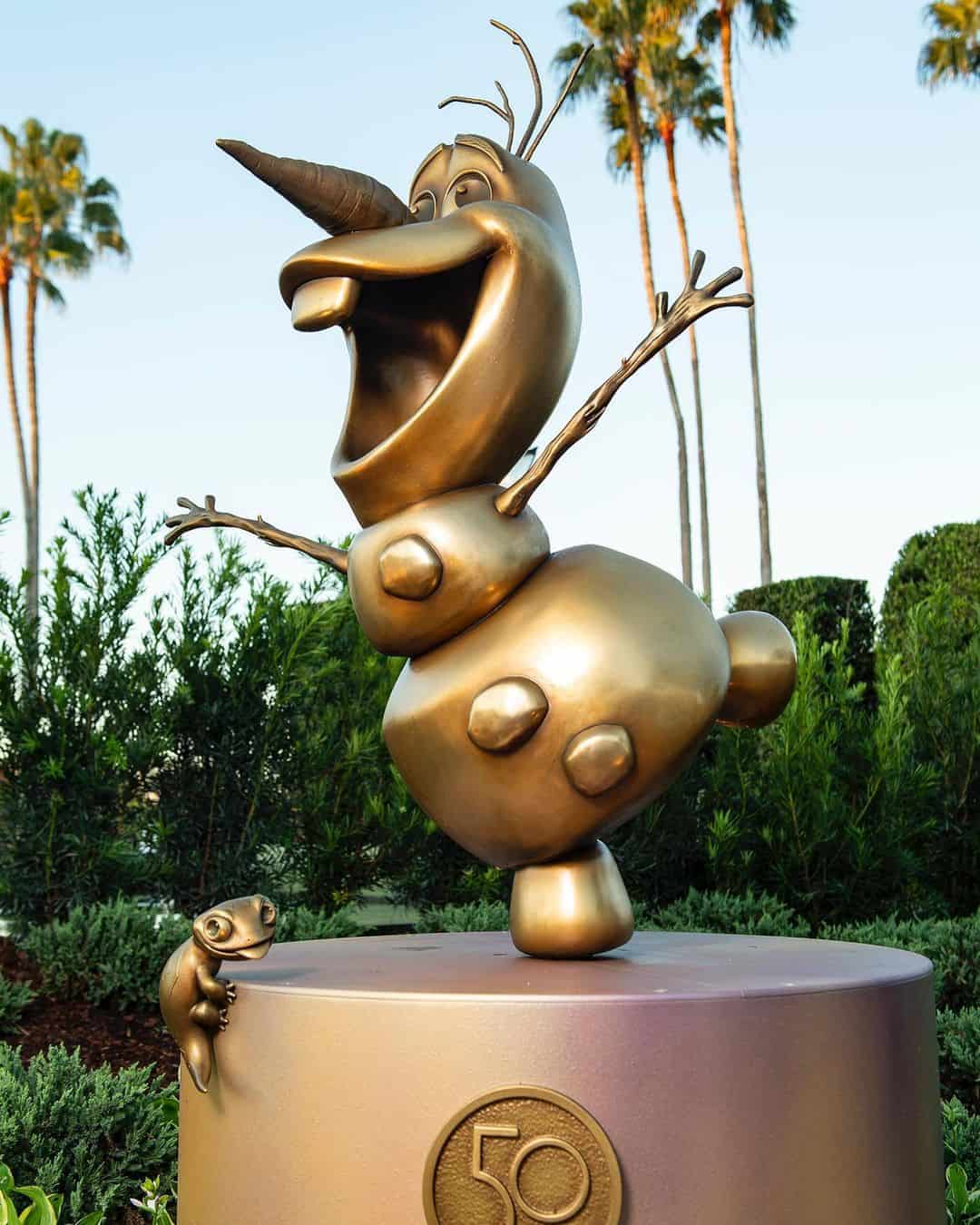 In addition to Figment, EPCOT’s Fab 50 statues include Miguel and Dante from Disney and Pixar’s Coco, Olaf from Frozen, Pua and Hei Hei from Moana, and Rocket Raccoon and Groot joining the group from Marvel’s Guardians of the Galaxy. 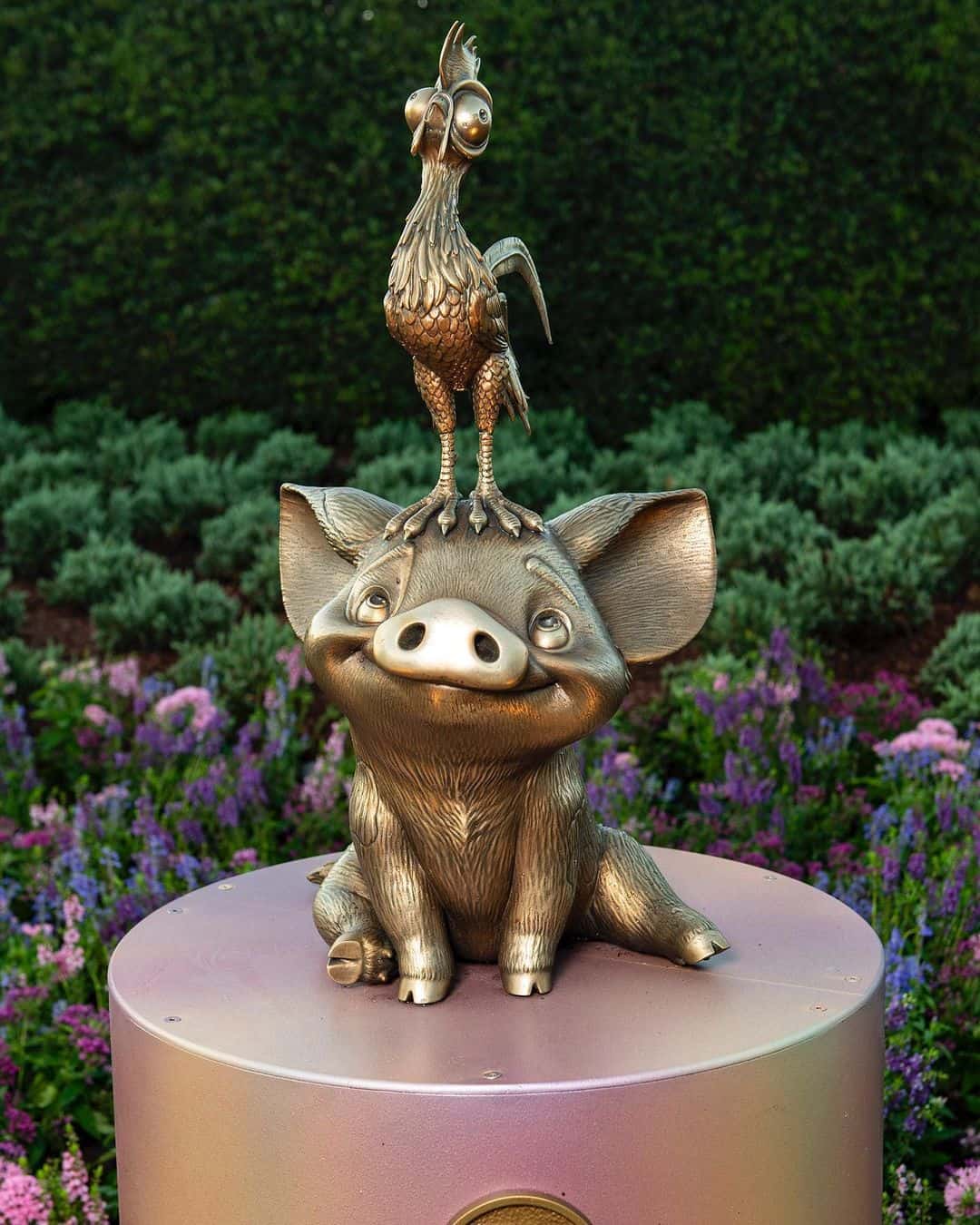 Walt Disney World’s 50th anniversary celebration officially kicks off October 1, 2021 but if you are visiting the parks this month you’ll definitely find Fab 50 statues and other decorations up at the Magic Kingdom and EPCOT, and we should start seeing statues in Disney’s Hollywood Studios and Disney’s Animal Kingdom soon, too. 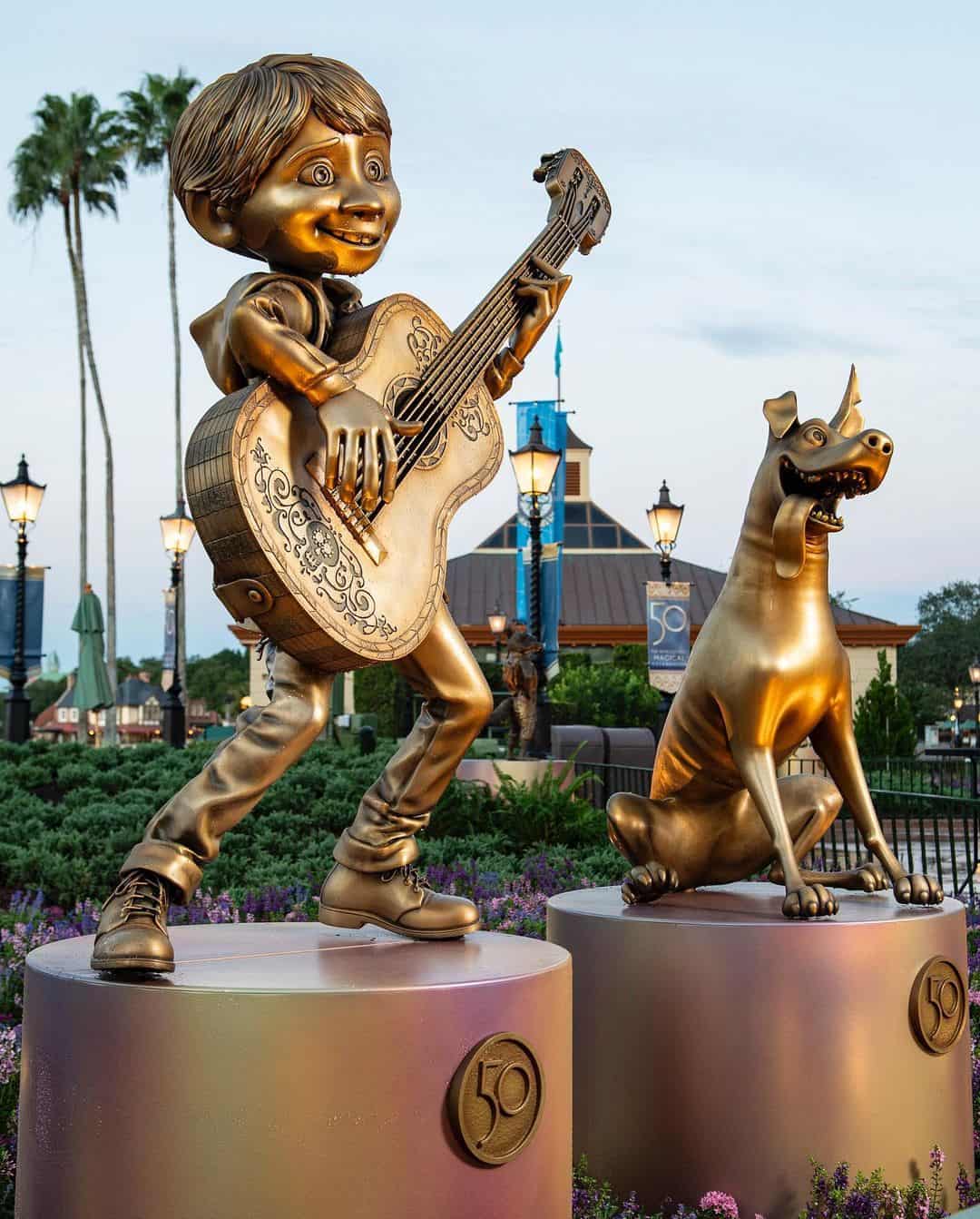 The Most Magical Celebration on Earth will run for 18 months continuing through April 1, 2023, so if you are not able to make it this fall you’ll have plenty of time to visit during the festivities!