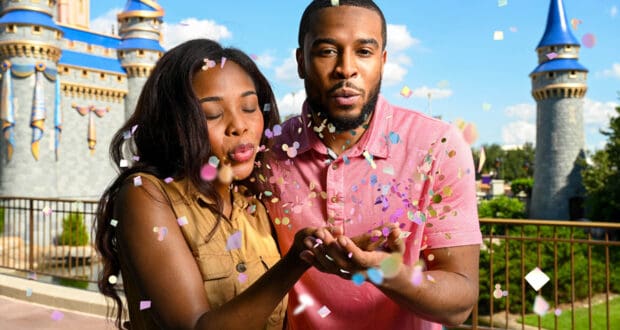 The latest enhancement for Guests visiting Walt Disney World during “The Most Magical Celebration on Earth,” comes with today’s announcement from the Disney Parks Blog of new Disney PhotoPass Magic Shots just for the occasion! 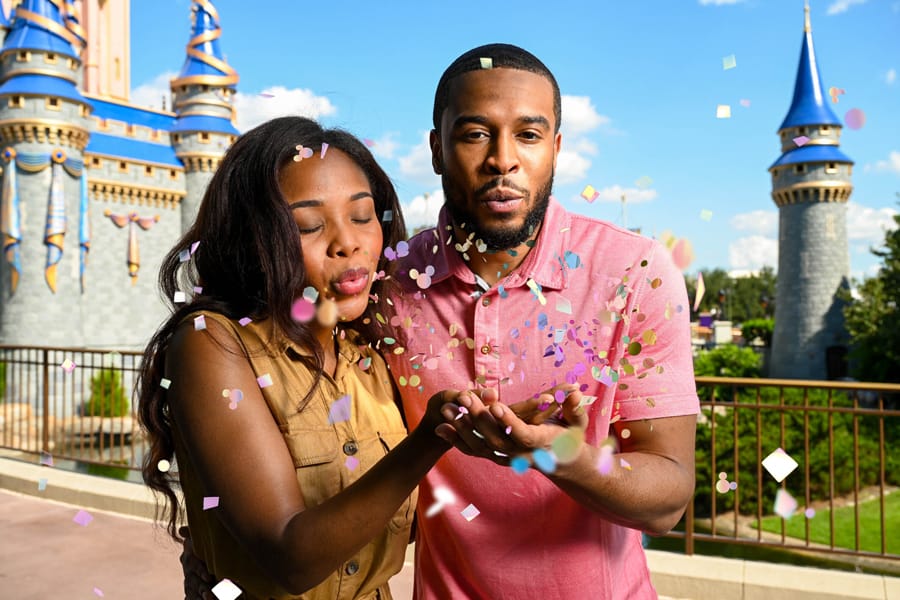 New Magic Shots arriving at the theme parks for the 50th anniversary include the confetti Magic Shot in the Magic Kingdom, located at the park entrance and the bridges that lead Guests into Liberty Square and Tomorrowland, in World Showcase in select locations at EPCOT, on Hollywood Boulevard upon walking into Disney’s Hollywood Studios and in front of the Tree of Life at Disney’s Animal Kingdom.

The EARidescent Balloons Magic Shot is available at the park entrance to the Magic Kingdom and on Main Street U.S.A. as well as the park entrance and World Celebration neighborhood of EPCOT, and both Hollywood and Sunset Boulevards at Disney’s Hollywood Studios. 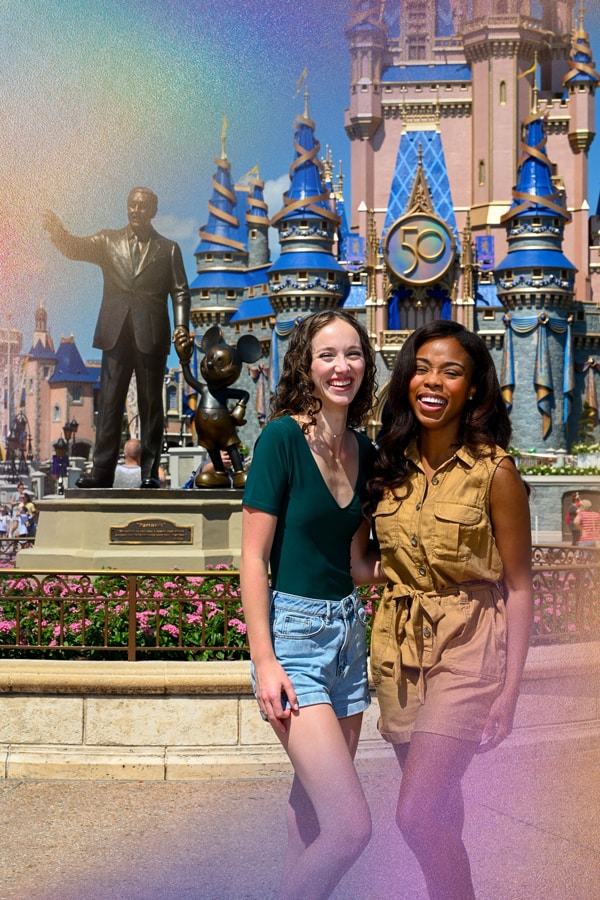 The EARidescent Border Magic Shot (which would look gorgeous on a photo printed out and framed, by the way) can be found in the Magic Kingdom in front of the Partners statue of Walt Disney an Mickey Mouse, near the World Celebration entrance to World Showcase in EPCOT, at the spot where Hollywood and Sunset Boulevards intersect at Disney’s Hollywood Studios and at the park entrance of Disney’s Animal Kingdom. 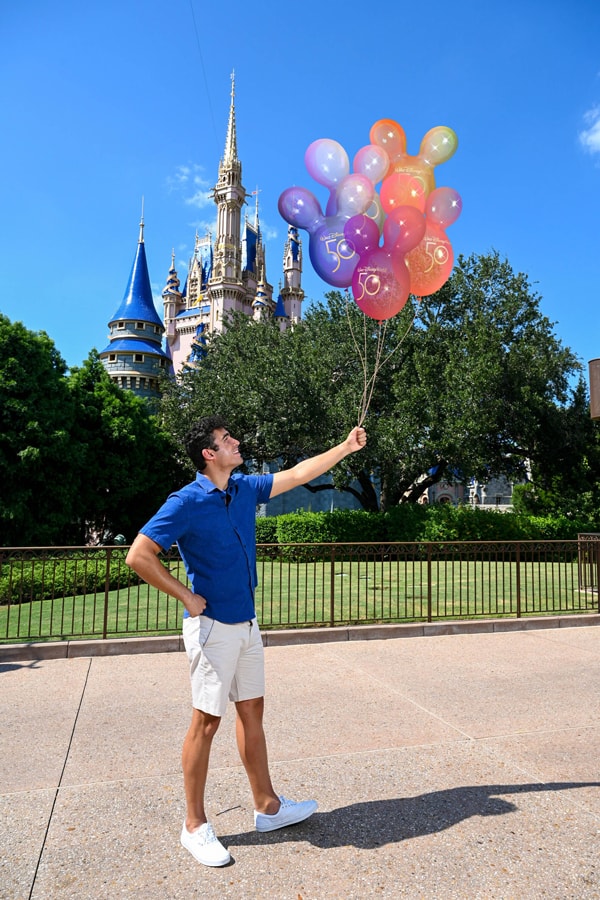 Additionally, if you are visiting Walt Disney World during the 50th anniversary celebration, do not miss your chance to take a PhotoPass picture in front one of the park icons at night while they are illuminated with their Beacons of Magic, and be sure to check out the new Runaway Remy Magic Shot available in front of Remy’s Ratatouille Adventure in EPCOT’s France pavilion.

Wallpapers and other complimentary downloads are available for Guests visiting during this year’s celebrations, too, and we are expecting even more PhotoPass Magic Shots to debut as we get further along in the celebration.