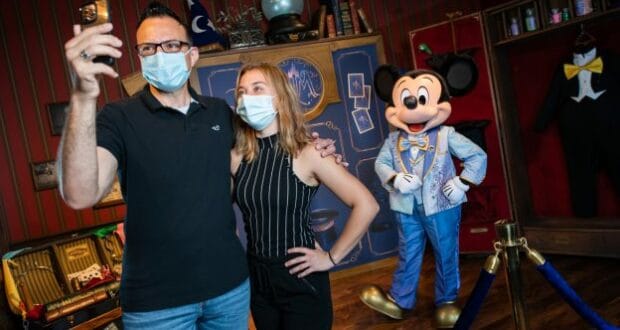 Disney just shared the exciting news that some Guest-favorite character meet and greets will soon be returning to the Magic Kingdom and Disney’s Hollywood Studios! Select characters will be making their return to their traditional meet and greet locations in both parks sometime next week (dates have not been shared yet, but if you have a trip coming up then keep an eye out for those updates!) 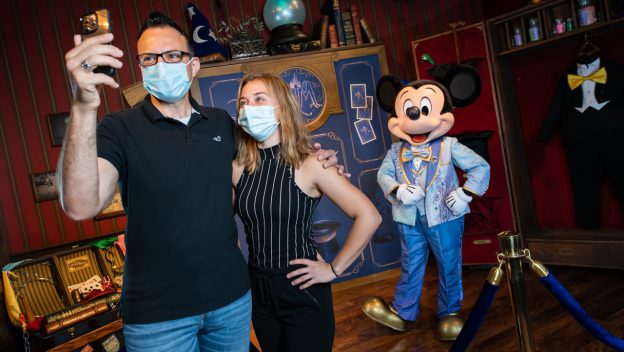 In the Magic Kingdom, Mickey Mouse himself it returning to his character meet and greet location housed within Town Square Theater on Main Street U.S.A. Previously this meet and greet has featured Mickey dressed up for his birthday (alongside Minnie Mouse) or as a classic Magician, and now in honor of the 50th anniversary of the Walt Disney World Resort, Guests will be able to meet him in his EARidescent celebration outfit!

Also in the Magic Kingdom, princesses will be returning to Princess Fairytale Hall in Fantasyland next week. Previously this meet and greet area included princesses like Cinderella, Rapunzel, Elena of Avalor and Tiana, however Disney has not yet shared which princess will be returning next week or if there will be any new additions. 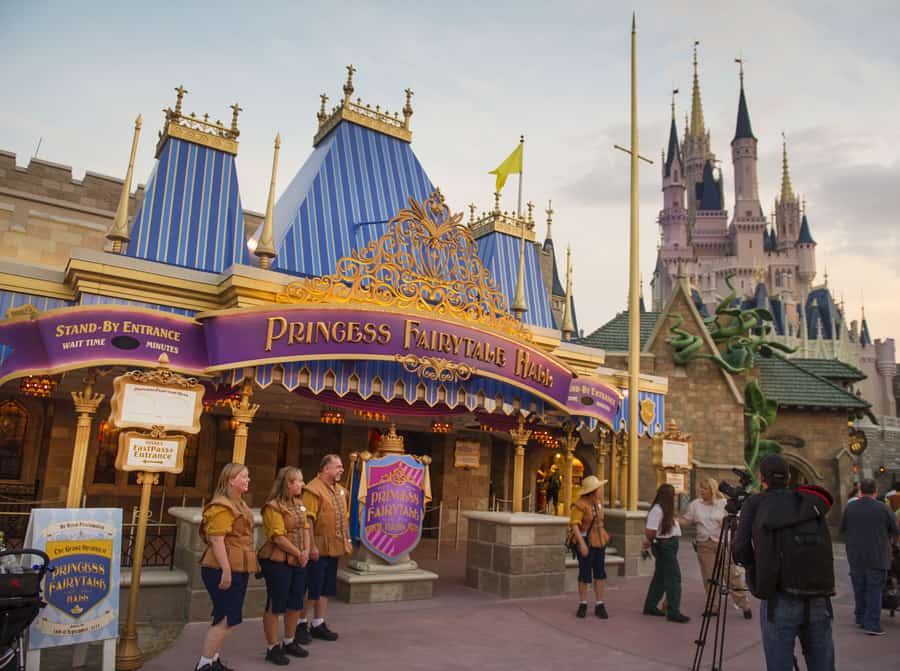 These character meet and greets will not be totally “normal” as meet and greets were prior to COVID-19, but they do promise to give Guests closer interactions with characters than those currently offered with the character flotillas in Disney’s Animal Kingdom and cavalcades in the other Disney theme parks. 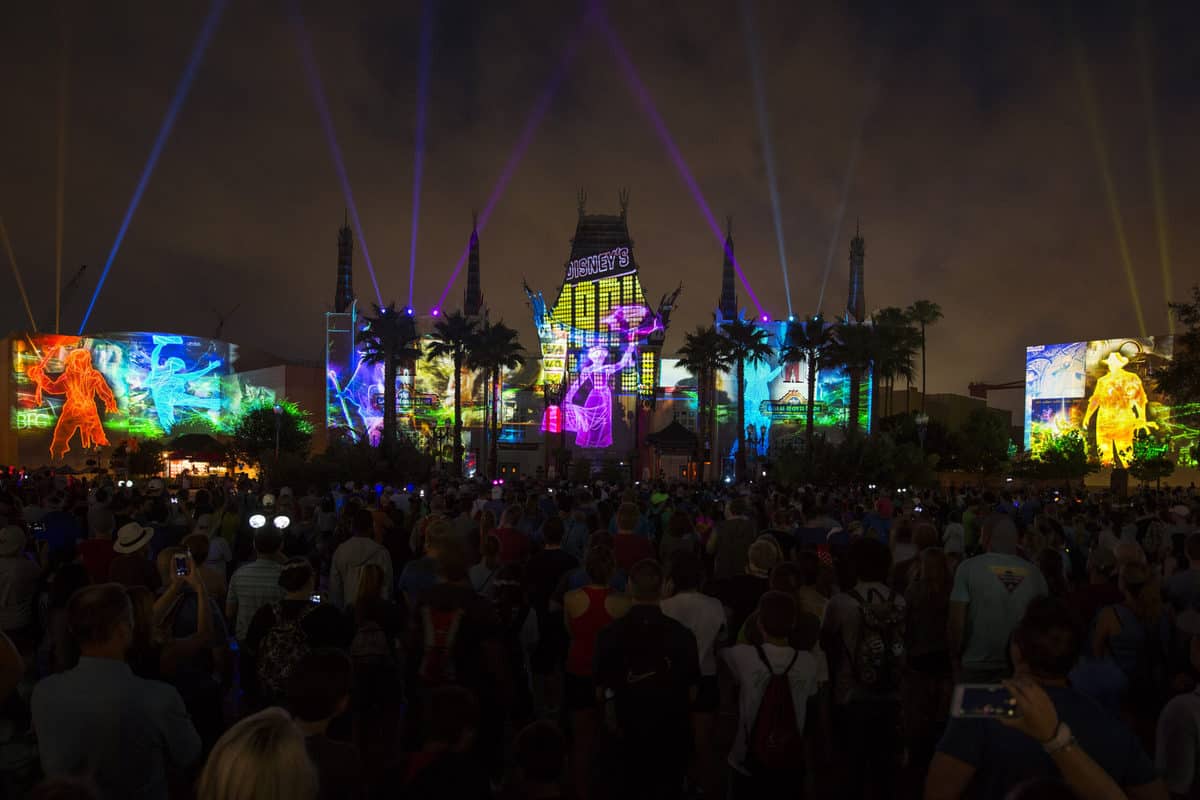 The returning meet and greet experiences will not quite offer hugs and autographs, but they will be distanced, one on one time with the characters. This news also follows the announcement of lots of entertainment returning already or soon to the Walt Disney World resort, including EPCOT World Showcase entertainment like Sergio the juggler in Italy, Alberta Bound in Canada, and the Matsuriza Taiko Drummers in Japan, as well as Disney Movie Magic and the Indiana Jones Epic Stunt Spectacular at Hollywood Studios, and the Casey’s Corner piano player and Let the Magic Begin at the Magic Kingdom.

Check back here for all the latest updates on returning characters and entertainment coming to the Walt Disney World Resort.