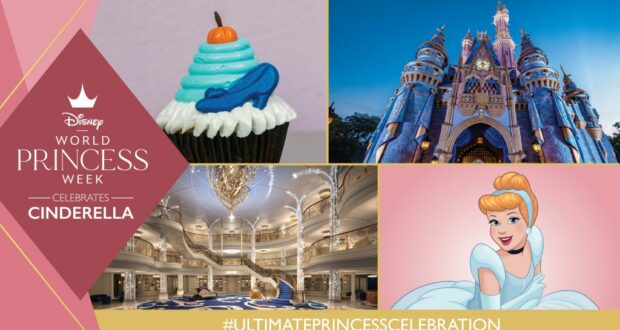 Just yesterday, Disney’s World Princess Week began. This “Ultimate Princess Celebration” features a different princess each day throughout this week: yesterday was Tiana, and today is Cinderella. Since this is an international event, Cinderella-specific events and offerings will be available at different Disney resorts around the world! In Disney World, Cinderella’s castle is sporting a new gold crest on its highest spire (this is also in reference to Disney’s 50th anniversary, which is coming up on October 1st). There will also be new desserts at Cinderella’s Royal Table and Contempo Cafe. We’re particularly interested in the white chocolate slipper filled with a fusion of caramel and dark chocolate; a dream is a wish your heart makes, and we’re dreaming of chocolate! 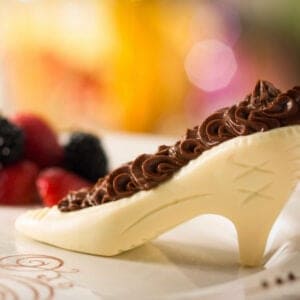 Disney has also taken this opportunity to advertise their newest cruise ship’s atrium, a beautiful Cinderella-inspired three-story lobby with pumpkins, carriages, glass slippers, a sparkling chandelier, and a Cinderella statue that was unveiled by the Fairy Godmother herself. Even though this ship, the Disney Wish, isn’t seaworthy yet (and won’t be until 2022), Disney has released a preview of the beautiful fairy-tale-themed space within.

Disneyland is also adding to the fun, by highlighting Cinderella’s castle in Guests’ journeys on the Storybook Land Canal Boats and hinting at Cinderella sightings ‘once upon a time’ in the Royal Theatre. Disneyland Paris has a similar theme, mentioning Cinderella’s possible presence in the Animagique Theater and putting both the princess’s carriage and glass slipper on display. Further abroad in Disneyland Hong Kong, Guests are encouraged to dine at the Royal Banquet Hall in the presence of princess-themed adornments, including a statue of Cinderella and her Prince Charming. Cinderella’s magical coach is also being featured on one of the Castle of Magical Dreams’ finials! The Tokyo Disney Resort has chosen to advertise Cinderella’s Fairy Tale Hall, a fitting choice that offers dioramas of the princess’s story and happily ever after, while the Shanghai Resort also has focused on spiffing up their Royal Banquet Hall’s Cinderella-themed room! 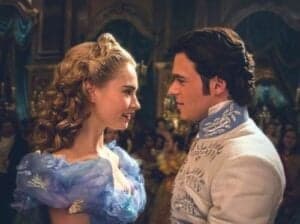 One of the biggest themes in this Princess Week is courage and kindness, two traits that are not only in keeping with Disney’s overall focus, but also particularly relevant for Cinderella. In the 2015 live-action movie, “Have courage and be kind” was Cinderella’s mantra. Disney is capitalizing on this theme by releasing Episode 2 of their Courage and Kindness series on Youtube, as well as highlighting lots of Cinderella-specific merchandise. The subversive YA book “This is Love: A Twisted Tale” can appeal to older readers, while children can get plenty of the “Bippidy-boppidy-boo” whimsy from toys for a younger audience. What do you think of Cinderella’s celebration? Were you hoping for the wicked stepmother and evil stepsisters to make an appearance, and who do you think will be tomorrow’s chosen princess?