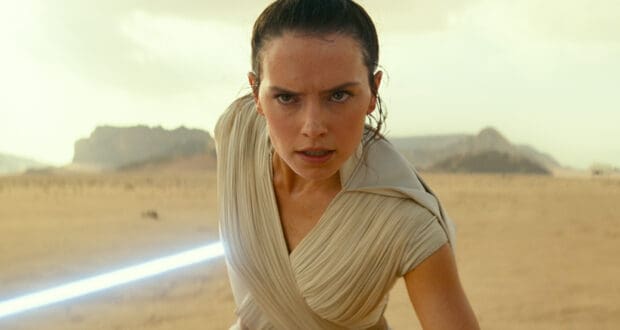 Daisy Ridley Has No Plans to Return to Social Media

Daisy Ridley plans to keep her personal life and professional life separate by continuing to stay away from social media.

The 28-year-old Ridley says she continues to enjoy the separation between her personal and professional lives. “I have managed to separate my personal life well from my professional life, partly probably because I’m not on social media,” Ridley said. “The statistics that link them (social media sites) to anxiety are terrifying. I have friends completely addicted to their phone who have suffered with this problem.”

But even knowing those statistics and seeing social media’s effects on her friends aren’t enough to quell all temptation for Ridley to return. “I don’t want to go back, but sometimes I think about it,” she said. “But the truth is that no, I won’t be returning.”

Ridley had been on social media for a time. She left those services in 2016 when Star Wars fans disappointed were harassing her in digital spaces because they disapproved of her character, Rey, Star Wars: The Force Awakens’ debut. Ridley explained the situation to DragCast in 2020.

“I think everybody tried to mold that into something else. It really wasn’t a story,” Ridley said. “I was asked to go on it, and, at the time, I was like, ‘Okay,’ and then it got to the point where I didn’t want to be on it and I was at my friend’s house in L.A., and I remember being like, ‘Oh, I don’t want to be on Instagram,’ and they were like, ‘Well, why don’t you come off?’ and I was like, ‘Oh.’ And it was really a nice, autonomous decision. Because I was like, ‘Oh, I don’t actually have to be on it. This is nice.’ And I always had a limit to what I shared anyway and, honestly, my life isn’t that exciting. So there were a lot of separate things.”

Would you be able to walk away from social media?