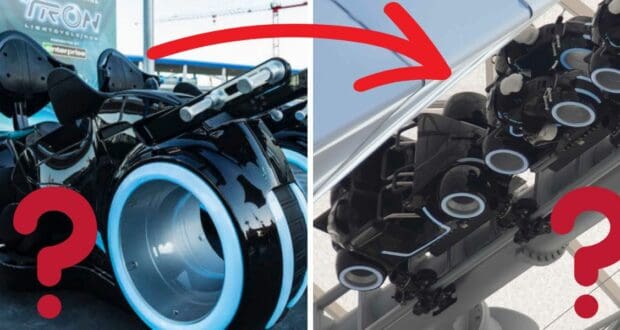 Walt Disney World Resort Guests have been not-so-patiently waiting for the Disney World and Magic Kingdom Park version of the Shanghai Disneyland Resort TRON roller coaster, and now — five years after construction on the roller coaster began — Disney Park fans have finally started to see some tangible glimpses of the ride’s future and the passenger experience!

This very highly-anticipated roller coaster (which Disney has referred to as one of its fastest roller coasters) is called TRON Lightcycle Run, and Walt Disney Imagineering has progressed far enough in the roller coaster’s construction to actually begin some seating testing. The Twitter account bioreconstruct shared an image of the Tomorrowland and Magic Kingdom ride during the testing process, revealing something surprising! 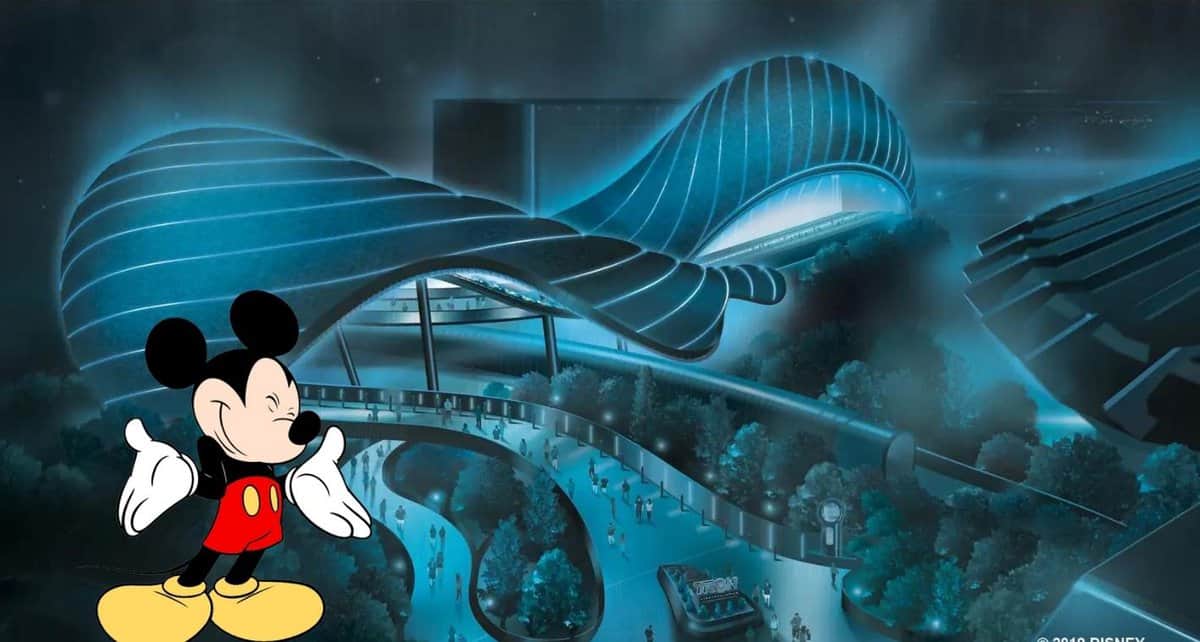 Apparently, Walt Disney World Resort knows how fickle its Guests are — and the Walt Disney Imagineers know that some roller coaster passengers may have different physical statures or needs on rides — because Disney has added two different kinds of seats to the TRON roller coaster!

Take a look at the two different seating options in the image from the Tweet shown below!

Most guests will ride Tron leaning forward as if in a Light Cycle. These guests are secured with a backrest that presses forward.

There is a normal upright roller coaster seating option too. Traditional lap bar seating, in the last car. pic.twitter.com/fMynwH4jeJ

As we can see, there will be motorcycle-style seating for most of the passengers, but lap-bar seating in the traditional roller-coaster style for anyone who needs or prefers that style on a fast-paced and high-flying ride.

According to bioreconstruct, “Most guests will ride Tron leaning forward as if in a Light Cycle. These guests are secured with a backrest that presses forward. There is a normal upright roller coaster seating option too. Traditional lap bar seating, in the last car.” 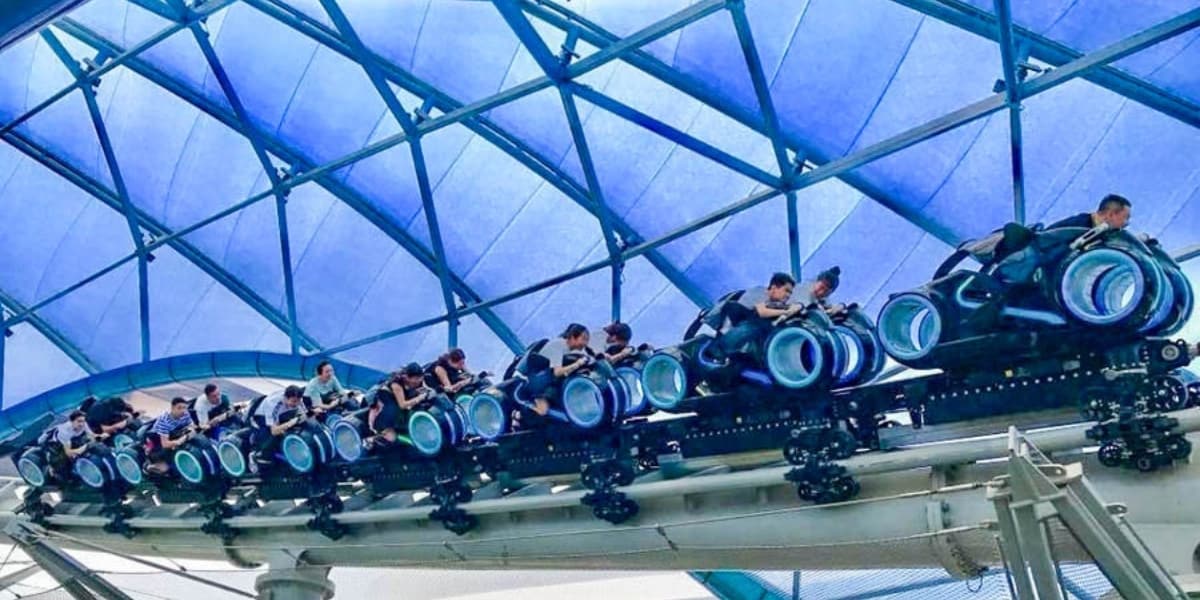 TRON Lightcycle Run is expected to open in the spring of 2023, and (according to the Walt Disney World Resort website) the roller coaster that will allow Magic Kingdom Guests to “climb aboard [their] very own Lightcycle and take off on a high-speed adventure, racing against the Grid’s most menacing Programs.”