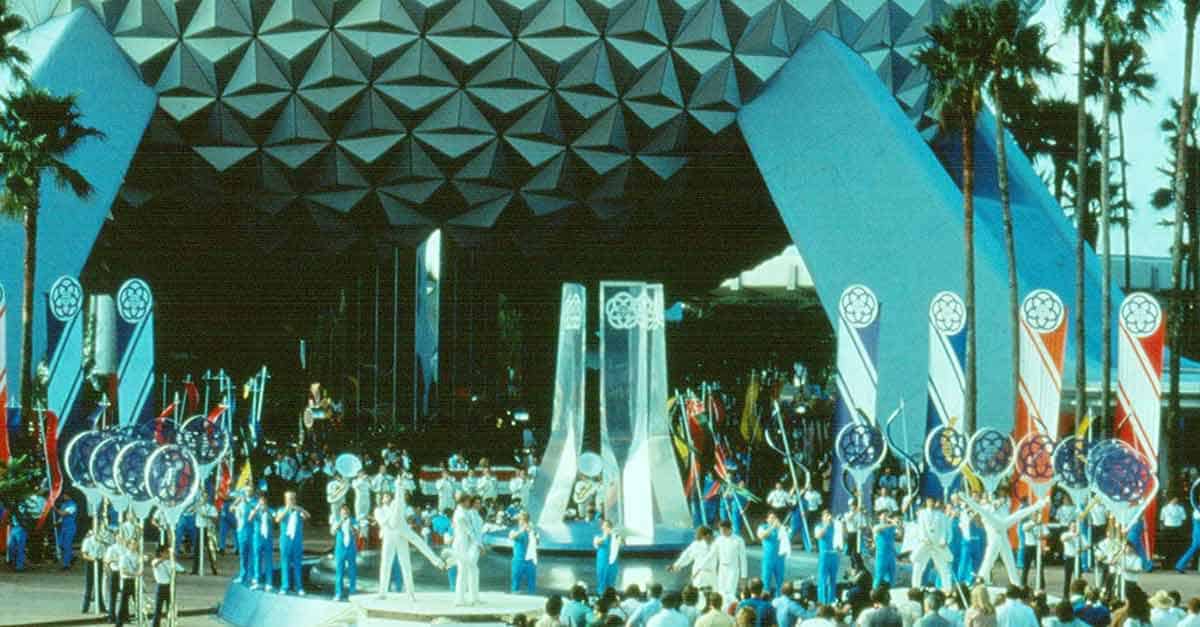 EPCOT Center at Walt Disney World opened on Friday October 1, 1982. It was Disney's second theme park in   Florida and, based on square footage, was the largest Disney theme park in the world at 260 acres (until 1998,  when Disney's Animal Kingdom opened). EPCOT Center was named  to reflect the ideals and values of EPCOT the city. (By 1995-96, the   name EPCOT Center was shortened to simply Epcot.)

Located at the front of the park is a plaque bearing Disney chairman and CEO E. Cardon Walker's October 24, 1982 official dedication:

"To all who come to this place of Joy, Hope and Friendship - Welcome. EPCOT is inspired by Walt Disney's creative vision. Here, human achievements are celebrated through imagination, wonders of enterprise and concepts of a future that promises new and exciting benefits for all.May EPCOT Center entertain, inform and inspire and above all,  may it instill a new sense of belief and pride in man's ability to shape a world that offers hope to people everywhere.

The park's name derived from the acronym EPCOT (Experimental Prototype  Community of Tomorrow), a utopian city of the future planned by Walt Disney. (He  sometimes used the word "City" instead of "Community" when expanding the  acronym.) Walt's original vision of EPCOT was for a model community, home to  twenty thousand residents, which would be a test bed for city planning and  organization. This vision was never realized. Walt wasn't able to obtain funding and  permission to start work on his Florida property until he agreed to build the Magic  Kingdom first - and he died 5 years before its opening day. (content from thisdayindisneyhistory.homestead.com/)  Photo credit Jetpack Joust