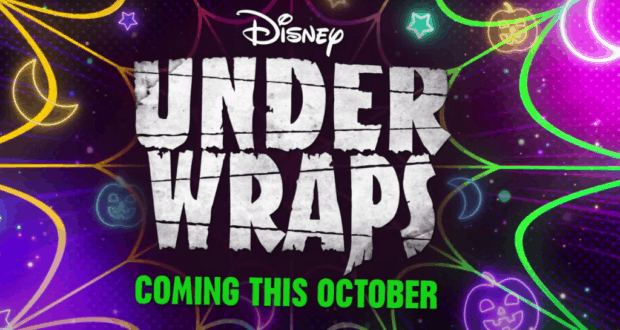 “Under Wraps” is a remake 1997 DCOM of the same name, is currently in the midst of filming and will be premiering on Disney Channel this October just in time for Halloween, but what do we know about this remake? Thedisinsider gave us some more information!

The film is helmed by director Alex Zamm, who also co-wrote the screenplay with William Robertson. Zamm and Robertson have updated this screenplay from the original by Don Rhymer.

So what is the story line? “The re-imagined story takes place a few days before Halloween when 12-year-old friends Gilbert (Simon), Marshall (Barton) and Amy (Hammons) accidentally revive a mummy they discover in a neighbor’s basement, which they affectionately name Harold (Wright). However, they must rush to return him to his resting place before midnight on Halloween. Along the way, the team narrowly escapes a nefarious group of criminals intent on selling the mummy to the highest bidder. When Harold is inevitably captured, Marshall, Gilbert and Amy must band together to stand up to the criminals, face their fears and rescue their new—but rather “ancient”—friend.“

Will you be tuning in this October?