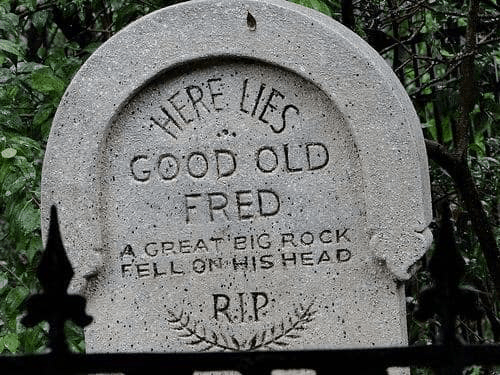 The Haunted Mansion is filled with dozens of secrets, but we’ll focus on the major ones.  Being such a dark ride, it will make it a bit tough to catch them your first ride through.  This just means you’ll have to ride it a few more times!   We mentioned Madame Leota earlier in the article.  Did you know her voice is done by Eleanor Audley, whom also voiced Cinderella’s stepmother and Maleficent in the original Disney motion pictures?  When walking outside through the pre-ride queue, take a look for good friend Mr. Toad.  It pays homage to the attraction that previously was closed down.   Did you ever think these two secrets could be connected?  Well, they are.  The Imagineer whom created the cemetery outside of the attraction is the daughter of Madame Leota.   Some may ask why there are 999 ghosts and not an even thousand.  Well, rumor has it, that YOU the guest are the lucky number 1,000th ghost.  Don’t worry, you’ll be back to normal once you enter the “living world” again.  Keep an eye out for the three hitchhiking ghosts as well.  These guys are the mascots of the ride and show up towards the end of the attraction.  They actually have names as well.  Gus, Ezra, and Phineas are a staple for any Haunted Mansion based merchandise.

In our next volume, we’ll head back over to Frontierland.  Things will get a bit rocky and may be the cause for a “thunderous” reaction as well.  Big Thunder Mountain is a fan favorite and we can’t wait to tell you everything we have learned about it!

Left 4 of 4 right
Next: Disney Digest: Your Insider’s Guide to the Marquee Attractions – Volume Three