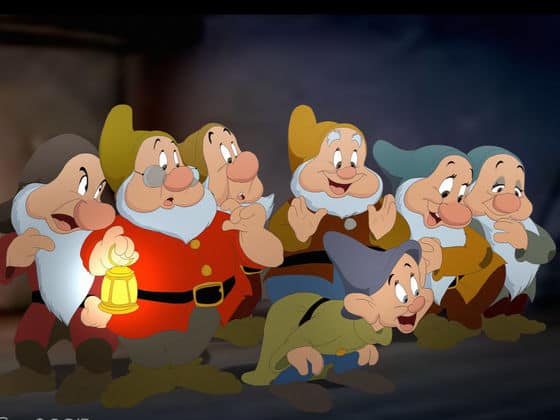 One could argue that Snow White and the Seven Dwarfs is the most iconic film in the history of Walt Disney Pictures.   The film was the first full length animated picture of its kind.  Snow White truly set the bar for all animated pictures going forward.  It still appeals to guests of all ages, and the Magic Kingdom paid homage to it with Snow White’s Scary Adventures until 2012 when it closed.  In 2014, the Seven Dwarfs Mine Train made its debut in Fantasyland as part of their massive overhaul.  This was the most anticipated opening of any attraction in recent memory.  The attraction is also featured in the Shanghai Disneyland Park as well, which opened in June of 2016.  Photo credit Disney