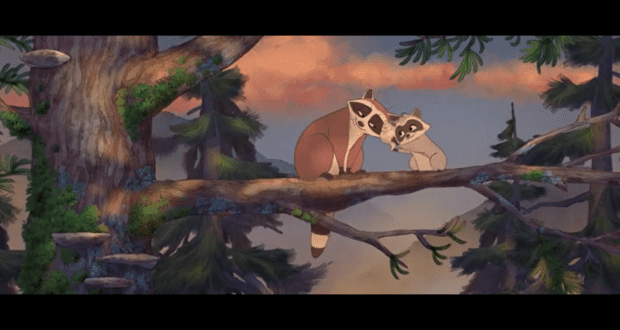 Many Disney fans or Marvel fans waited with bated breath for Disney+ Day and the new releases that came with the event, such as Olaf Presents. Now there’s a new Disney Animation Studio animated short film to look forward to, called Far From the Tree, and it looks certifiably adorable! The trailer can be seen in the Tweet below, and the short film will be streaming on Disney+ on Friday December 24! This short was written and directed by Natalie Nourigat, and it has also been shown in theaters alongside the feature film Encanto. It also premiered at the Annecy Film Festival.

Experience the bonds of family with “Far From The Tree”, a new animated short, streaming this Friday on @DisneyPlus. 🦝🌳 pic.twitter.com/lQ3k8EfV6g

One of the best things about this short film is that it focuses on a commonly misunderstood and underappreciated animal: the raccoon. Aside from Meeko in Pocahontas (19952), most raccoons are unfairly given bad reputations. But raccoons are actually sociable, intelligent, and oftentimes cute! This short animated film appears to follow a mother raccoon and her baby on a journey from the forest to the seaside, and it looks like the baby raccoon’s curiosity will be the main focus as the parent and child travel through different habitats and encounter new animals. Coastal birds, predators, and flora and fauna are all being displayed in a beautiful animation style! 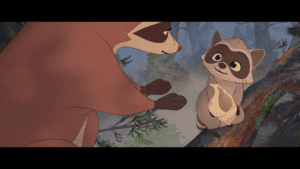 According to the Tweet above, this short Disney film is meant to focus on “the bonds of family”. It also looks like Far From the Tree will feature many examples of a mother’s love for her children, the humor or hardships that comes with parenting, the burdens of a frustrated parent, and a mother’s strength! Fans of Piper, the Academy Award-winning Pixar short about a sandpiper discovering the wonders under the ocean surface, will probably love this short animated film. Fans of Brother Bear (2003) will also probably enjoy this woodland story and its seaside adventure! 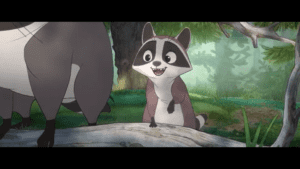 Although Disney or Disney Pixar shorts are obviously short in length, they often pack an emotional punch. Animators are constantly impressing audiences with their ability to convey characters’ experiences and a storyline’s tension, particularly because the shorts often have no dialogue.

The new movie Encanto will also be streaming on Disney+ this Friday, Christmas Eve, which many fans of Walt Disney Animation Studios will be happy to hear! Encanto, Luca, and Raya and the Last Dragon were all just nominated for Annie Awards as well. Do you like Walt Disney animated movies, and stories about animal characters? Are you excited to watch Far From the Tree on Friday on Disney+?