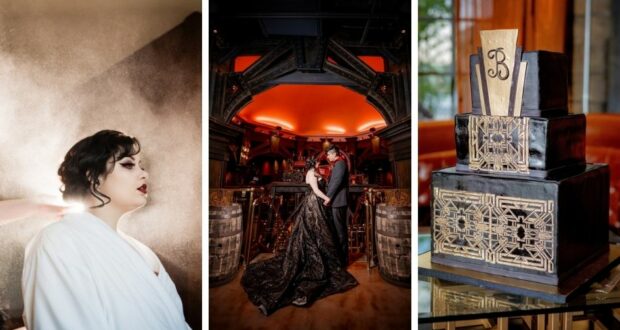 If hearing “Disney Fairy Tale Wedding” makes you visualize whimsical floral arrangements, the famous Disney wedding pavilion, Disney princess bridal gowns from Allure Bridals, or a regal horse and carriage for the bride and groom, then you’re not alone!

Most people choosing a Disney Fairy Tale Wedding really are opting for the ultimate fairy tale happily ever after — but one couple recently chose a Disney wedding with a very different aesthetic and theme! 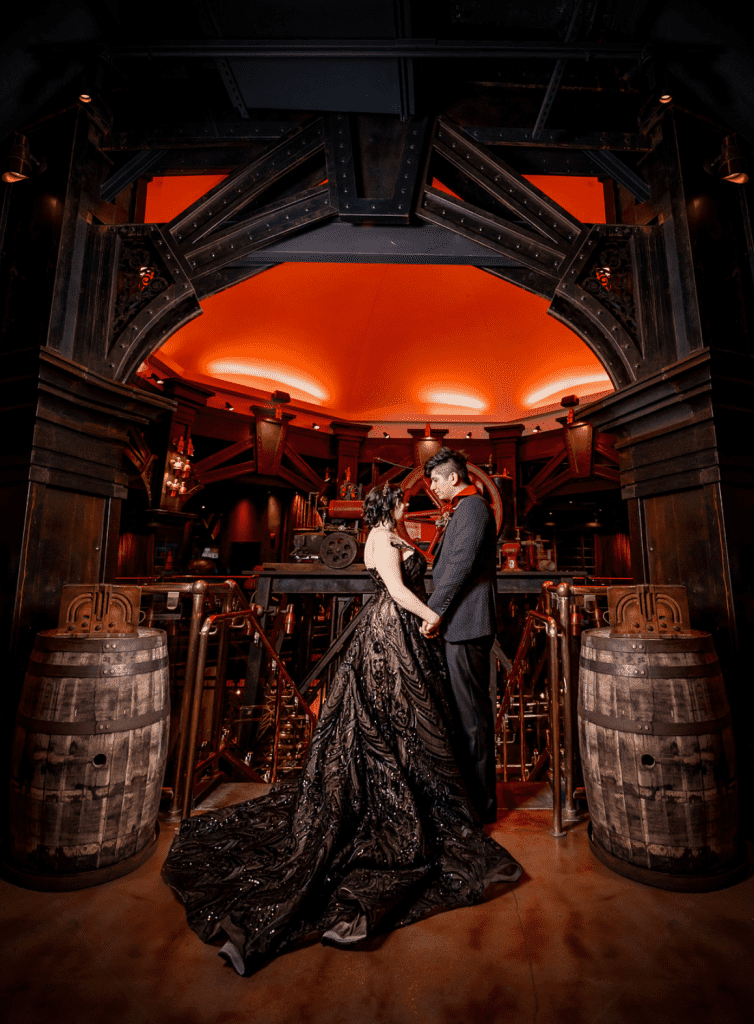 Brides & Weddings has released the details about a one-of-a-kind “gothic, industrial and prohibition” wedding. The bride and groom’s wedding vision was specifically focused on a Gothic, prohibition-era aesthetic, and according to the blog post, “they absolutely nailed it”!

Take a look at some of the photos from this elegant, moody, and romantic affair that featured a touch of vintage flair (and a few subtle nods to Disney Weddings along the way). 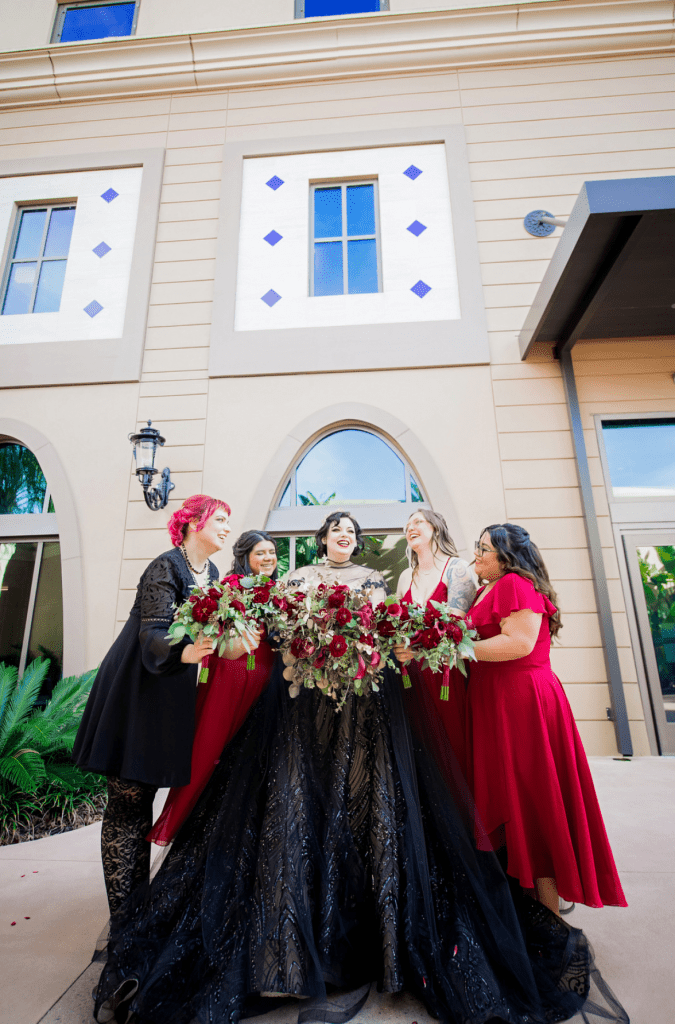 The Disney bride in a dramatic black wedding gown alongside her bridesmaids. Credit: bridesandweddings.com 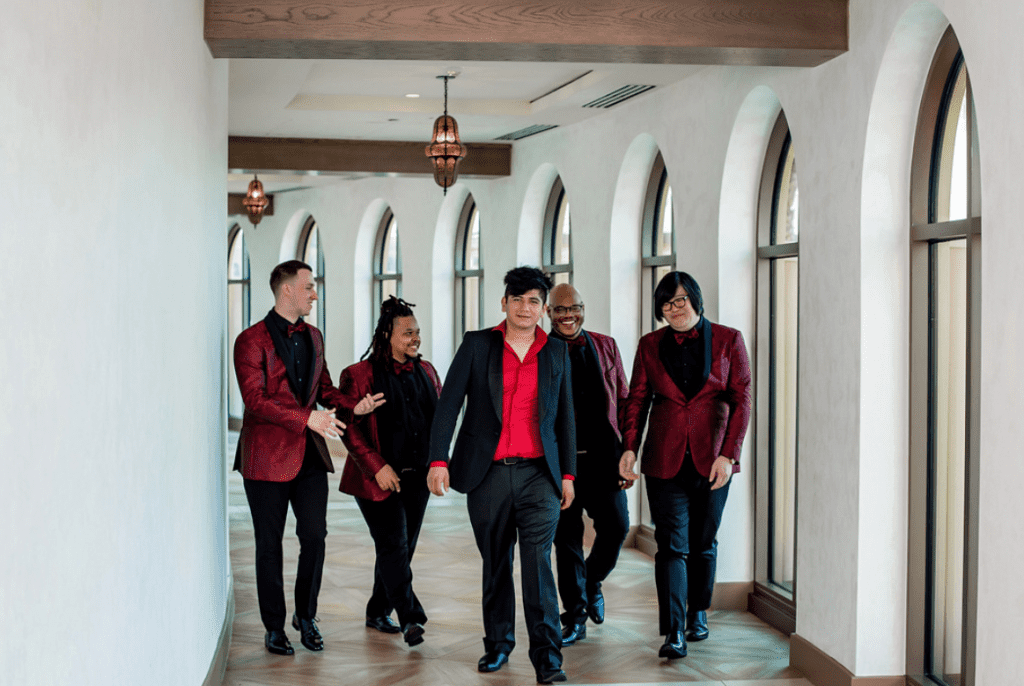 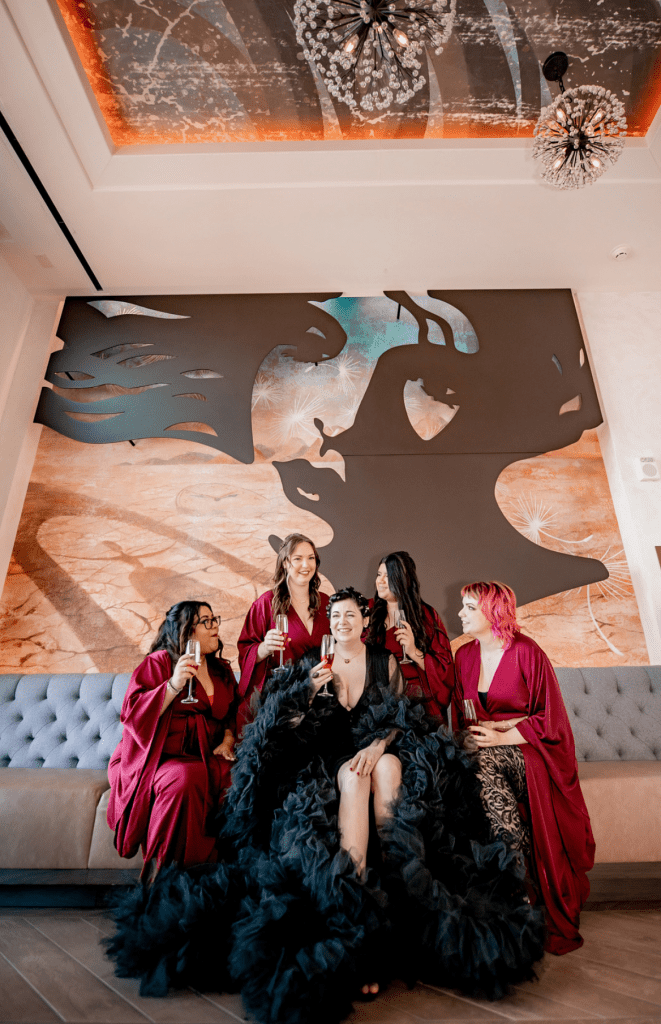 The Disney bride wore a glamorous black ballgown, and her wedding makeup was actually done by famous Goth influencer Dre Ronayne (a makeup artist who was flown in specifically by the bride for her wedding day)! 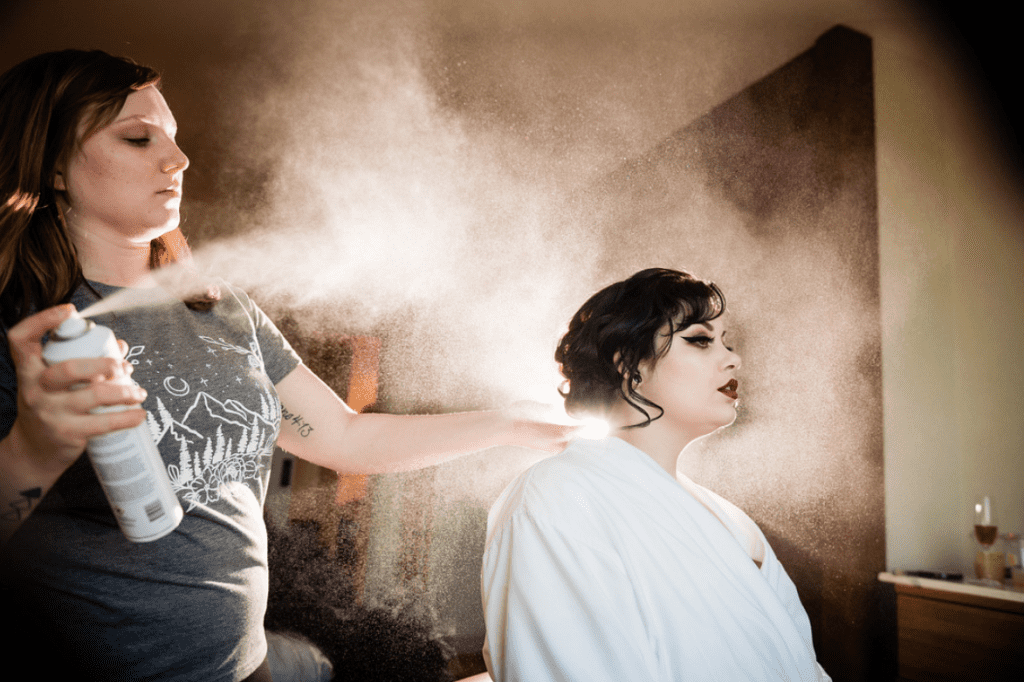 According to the Brides & Weddings, “Jessica the bride had a very special getting ready session with a beautiful robe that was a show stopper.” Credit: bridesandweddings.com 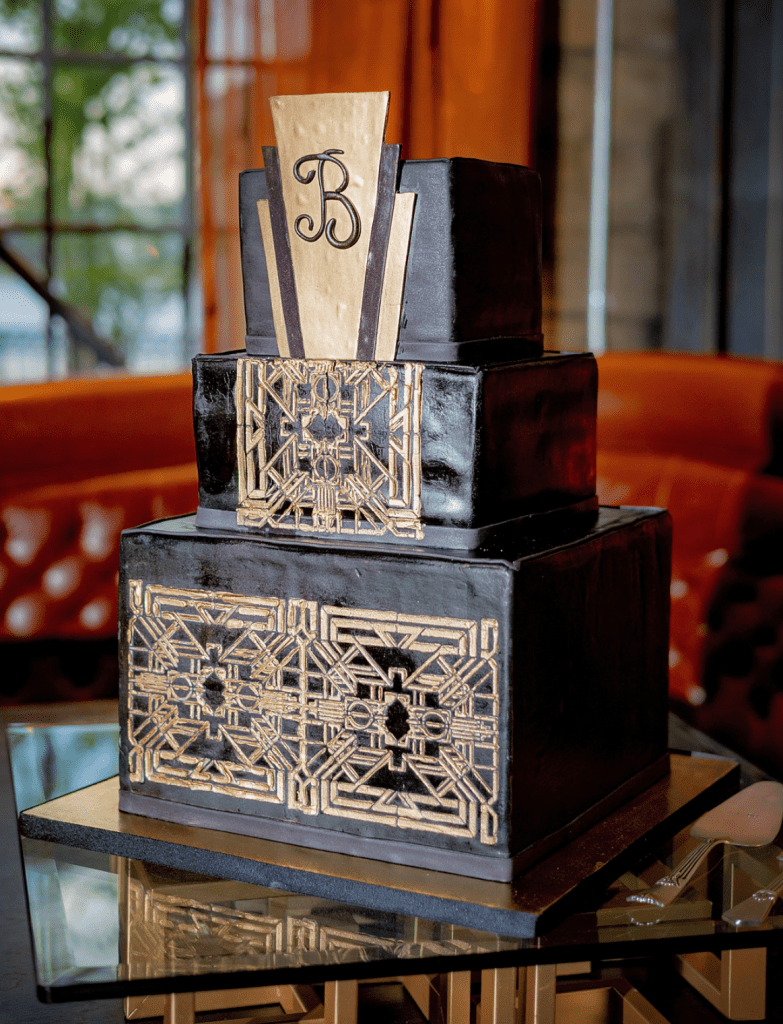 A Gothic and decadent wedding cake from this Disney wedding. Credit: bridesandweddings.com

Red roses and red rose petals were featured heavily during the Gothic wedding ceremony, and the ceremony was followed by a reception at the Edison restaurant. During the reception in the Edison’s 1920’s-themed lounge, the Disney bride and groom had “a champagne lady wearing over 100 champagne flutes”, “a wedding couple in stilts”, a live band playing, and a “burlesque style trapeze show”.

This wedding was definitely one-of-a-kind in its aesthetic and its style, especially for a Disney Fairy Tale Wedding! 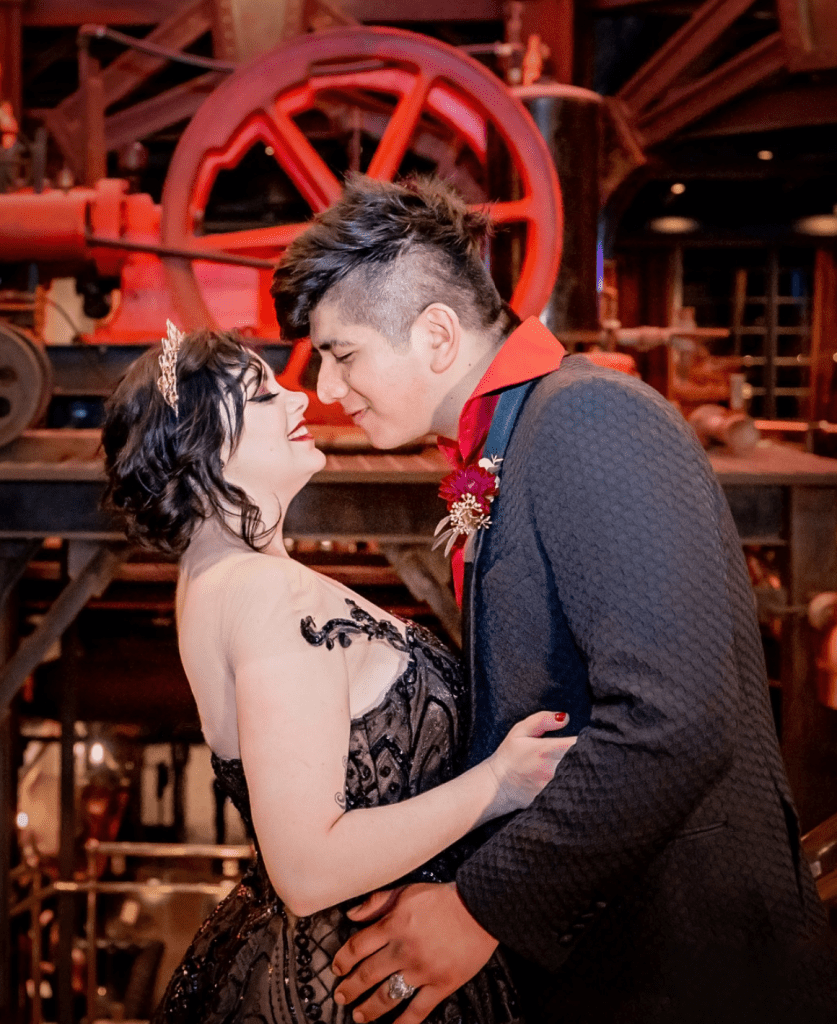 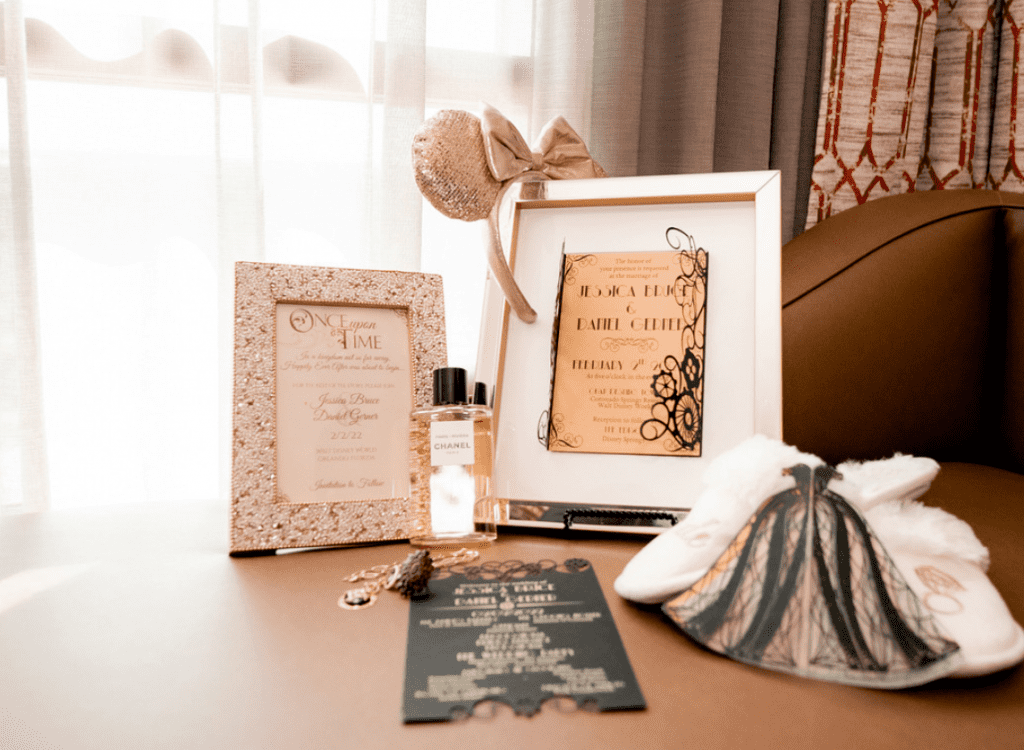 The happy couple also chose some Disney details like golden Minnie Mouse ears and references to “Once Upon a Time”, shown in the photo above. Do you like this different Disney wedding? Which Disney Resorts or Disney destinations would you rather marry in: Walt Disney World Resort, Disneyland Resort, Aulani Resort and Spa, the Grand Floridian Resort, Coronado Springs Resort, or a Disney Resort even further afield like Disneyland Paris?

Which Disney Park at Walt Disney World Resort would you rather get married in: the Magic Kingdom, Animal Kingdom, EPCOT, or Hollywood Studios?