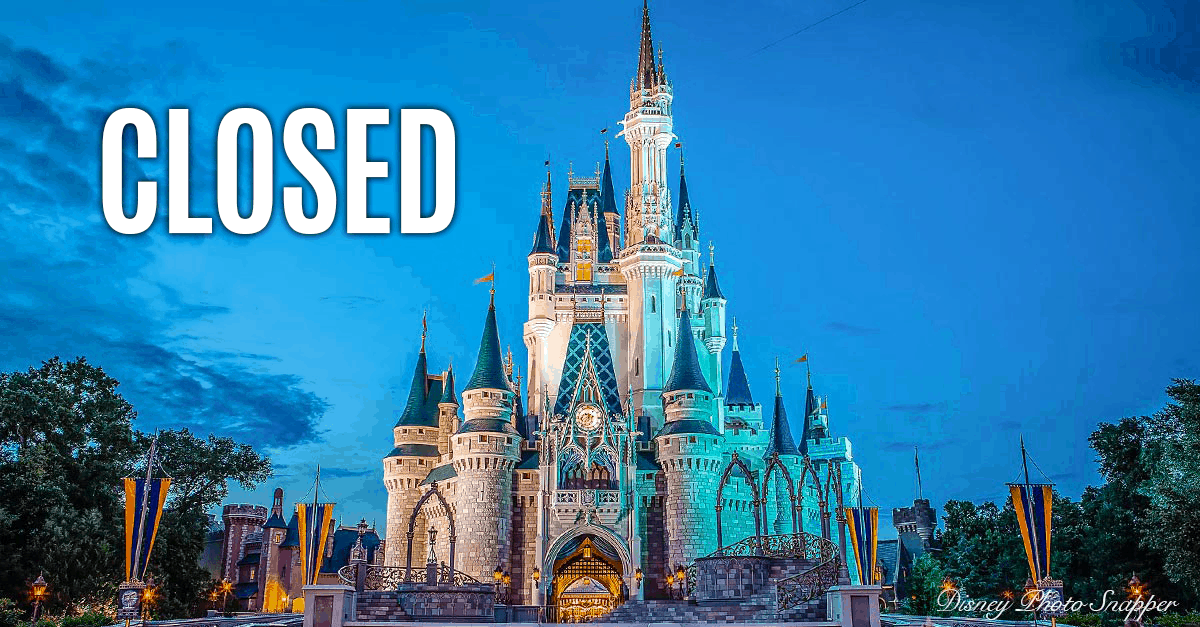 Disney World is currently dealing with an unprecedented shutdown of all of their parks globally.  This is in response to the worldwide Covid-19 pandemic.  In efforts to slow the spread and practice social distancing, Disney has closed all of their parks for at least two weeks.  As the virus swept through Asia, the parks over there reacted sooner and have been shut down for a longer period of time.  As of this writing, Disney Parks are scheduled to remain shuttered through the end of the month, at which point Disney fans worldwide hope they’ll be able to snag a FastPass+ selection and grab some popcorn.  This is not the first time that Disney World has closed its gates to guests — only a few times in the past has this happened and never has it been for this long.

From when the resort opened in 1971, it operated normally for 28 years until 1999 when it was shutdown on September 15 in response to Hurricane Floyd.  As this was the first time Disney had to close, plans were put into place to move guests from low-lying areas on property to avoid the ill-effects of flooding.  Guests were taken to nearby resorts and entertained with movies and arts and crafts for kids.

Less than two years later, the resort was closed again in immediate response to the September 11, 2001 terrorist attacks.  As a result of the attacks, security measures were stepped up to ensure to protection of the guests and Cast Members at the resort.

In 2004, Florida was buffeted by a strong series of hurricanes in the late summer and early fall.  In the span of six weeks, Disney World was forced to close three times in response to storms.  Beginning on August 13, 2004, Hurricane Charley caused the evacuation of the parks.  Three weeks later, Hurricane Frances closed the resort for two days on September 4 and 5.  And at the end of September, Hurricane Jeanne again closed the resort for one day.  The damage to the parks after each of these storms were very minor with the only reported losses being landscaping damage, as well as a few downed signs and streetlights.

A strong moving hurricane that skirted the Florida coast and was defying storm predictors caused the parks to close on October 7, 2016.  The resort was spared any damage by this storm, but given its intensity and unpredictability, park operations chose to close the park and protect its guests.  As the storm came closer to Florida, the track moved and it was spared a direct hit, but still suffered some wind and rain as the outer bands of the storm did affect the resort.  In the aftermath, Disney actually opened Disney Springs early on. October 7 to resort guests to relieve cabin fever and give the resorts kitchen staffs a break as they had been working hard because of the shutdown.