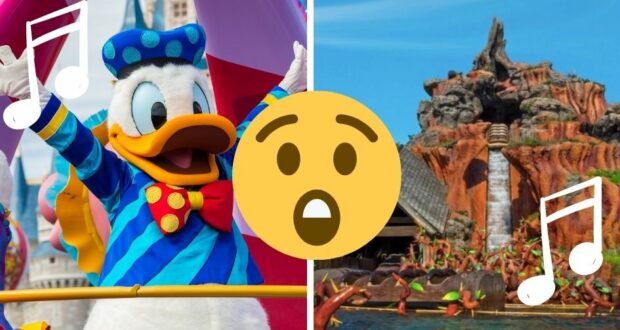 Many Disney fans already know that Disney is trying to shift away from any previous content that featured offensive themes, with one of the most notable examples being the film Song of the South, which inspired the attraction, Splash Mountain.

Now, Disney has distanced itself further from the notoriously racist movie Song of the South (which starred James Baskett as Uncle Remus) by removing the movie (and the ride’s) signature Disney song from the Festival of Fantasy parade soundtrack! The song “Zip-A-Dee-Doo-Dah” is mainly about “a wonderful day” with “plenty of sunshine headed my way”.

It’s no surprise that Disney has been making a conscious and noticeable effort to emphasize inclusivity in the Disney Parks within Disneyland Resort and Walt Disney World Resort, and that one highlight in that process was the announcement about turning Splash Mountain into a ride inspired by the 2009 animated Disney princess film The Princess and the Frog.

Since Disney fans already knew that Song of the South was no longer an appropriate film and that Splash Mountain is on its way out, the removal of “Zip-A-Dee-Doo-Dah” from the Festival of Fantasy may not be a tremendous surprise. However. lots of Disney fans are partial to that song regardless of the movie it came from, so some fans will be disappointed!

The song was already removed from the Disneyland Resort esplanade music loop in August of 2020, but it looks like Disney is not stopping there when it comes to removing the song from its musical lineup.

Back then, Disneyland had said the following: “The removal of the song from Downtown Disney’s background music is part of a continuous process to deliver an environment that features stories that are relevant and inclusive.”

Disneyland Paris also removed the song from its Disney Stars on Parade. The news about Disney World’s efforts to eradicate “Zip-A-Dee-Doo-Dah” comes just as a surprisingly minimalist version of the popular Festival of Fantasy parade has returned to Magic Kingdom, and you can watch a live stream of the parade below to watch for yourself! When Donald Duck enters on his float, there should be “Zip-A-Dee-Doo-Dah” playing, but no longer.

Did you like the Disney song “Zip-A-Dee-Doo-Dah”? Do you think that it should have been removed, or would you rather hear the Disney song despite the movie that it originally came from back in 1946?