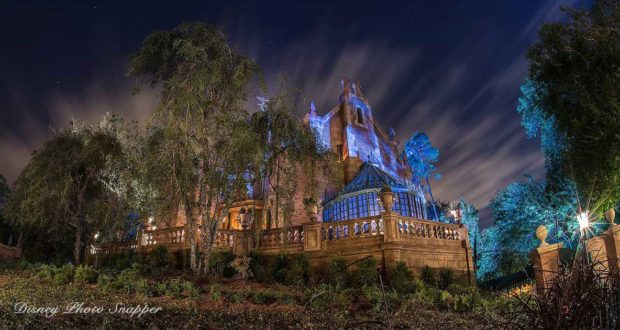 We previously shared the news that Disney announced new Haunted Mansion enhancements have arrived at Disneyland Resort prior to the park’s reopening after the year-long closure due to COVID-19. While we look forward to the updates, Los Angeles Times has reported that Disney is considering the removal of the hanging scene from the Haunted Mansion.

As reported by LA Times: “Recently, there have been calls for removal of a hanging scene in the Haunted Mansion, noting its association with suicide and lynchings. Disney has heard those complaints, but for now, the scene will remain unchanged. ‘It’s been discussed for sure,’ says Disney’s Michele Hobbs, who managed the Haunted Mansion refurbishment. ‘It’s definitely something that we’re thinking about.'”

Disney considering this change doesn’t come as a complete surprise. In just this past year, Disney has already announced changes coming to Splash Mountain with the re-theming to The Princess and the Frog in efforts to remove references of the film Song of the South from the attraction. Most recently, Jungle Cruise is currently receiving changes reportedly due to the portrayal of Indigenous people. Plus, you may remember not too long ago when Pirates of the Caribbean removed the brides for sale scene and placed the red-headed woman in a different role.

We’ll keep you posted as we await to see if/when the removal of the hanging scene takes place in Disney’s Haunted Mansion.