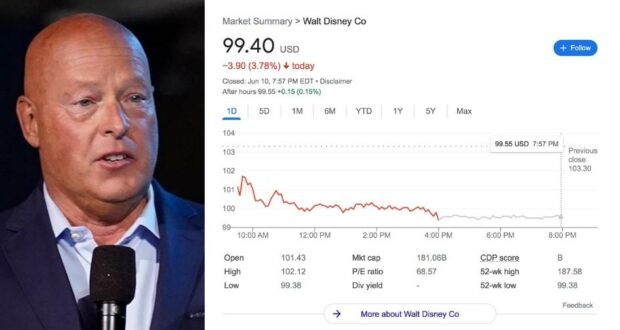 On Friday, June 10, Disney’s price dropped below $100/share, closing in the double digits for the first time in over two years. 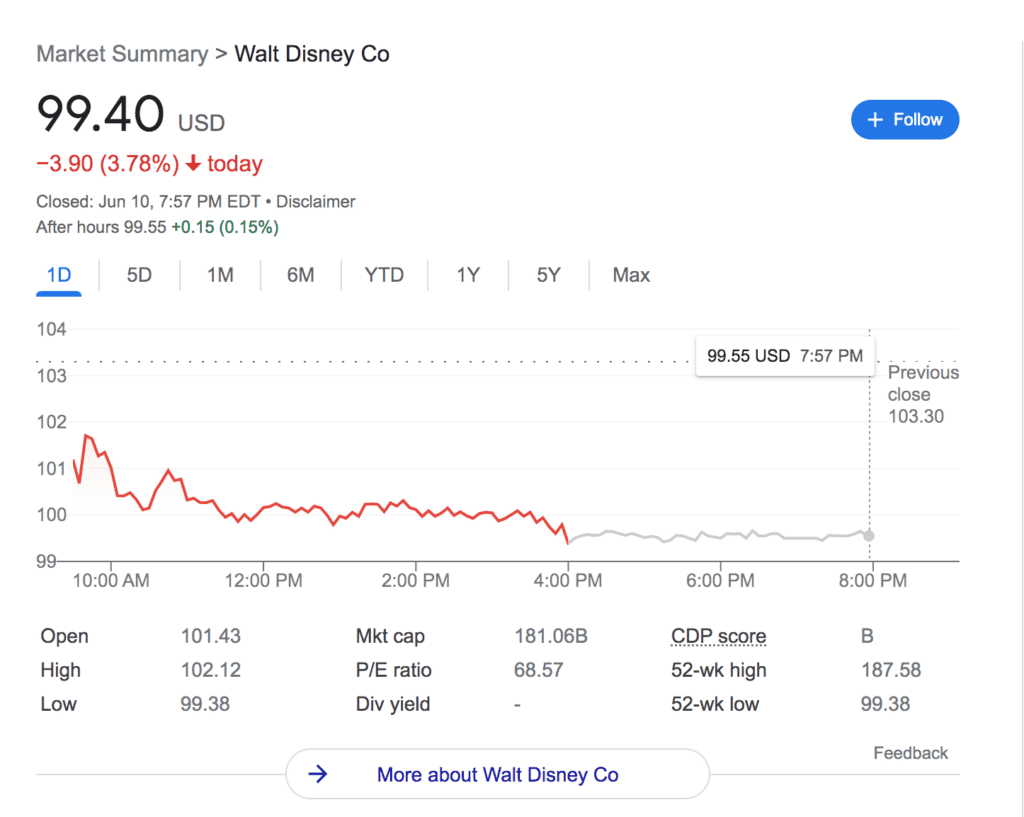 This news comes at the same time Walt Disney Co. CEO Bob Chapek made the sudden decision to fire Peter Rice as head of TV Content and replace him with Dana Walden. Rice is the second notable executive to leave Disney, following the reportedly mutual departure of Geoff Morrell as Disney’s Head of Corporate Affairs. Speculation for Disney’s stock slide flutters around a series of suspects, including inflation, as well as the enduring closure of the Shanghai Disney Resort, and the multimonth closure of the Hong Kong Disneyland Resort. But it should be mentioned that Disney’s third quarter has included harsh criticism from politicians and lifelong fans over several directional decisions, including its open fight against Florida’s Parental Rights in Education Legislation and the admittance of a “not-at-all-secret” LGBTQ+ agenda being injected into new children’s programming. In reaction to this, many fans on social media have declared the end of their Disney Plus subscriptions and Walt Disney World Annual Passes. However, it is still unclear how many of those threats became a reality. 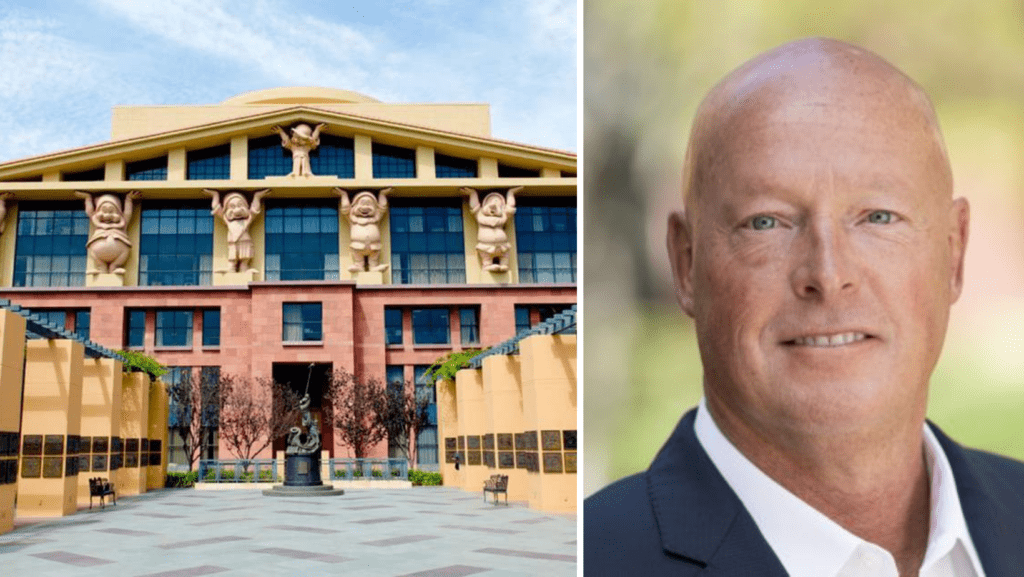 Disney is also veering into uncertainty regarding its icon, Mickey Mouse. The Company’s central figure is set to enter the public domain in 2024, and some politicians have already announced their intentions to make sure Disney cannot extend their protection of him any further. It is estimated that The Walt Disney Company earns $6 billion annually on Mickey Mouse alone.