Since wedding season is typically in the summertime, now is a popular time for engaged couples to begin wedding planning — especially if the couple wants a Disney Fairy Tale Wedding — and who better for inspiration than official Disney Fairy Tale Weddings? Disney Weddings’ Ever After Blog has just revealed the open house dates for February and March, giving any engaged couples (Disney or otherwise) the perfect chance to check out some fairy tale wedding venues in person at Disney World or Disneyland. 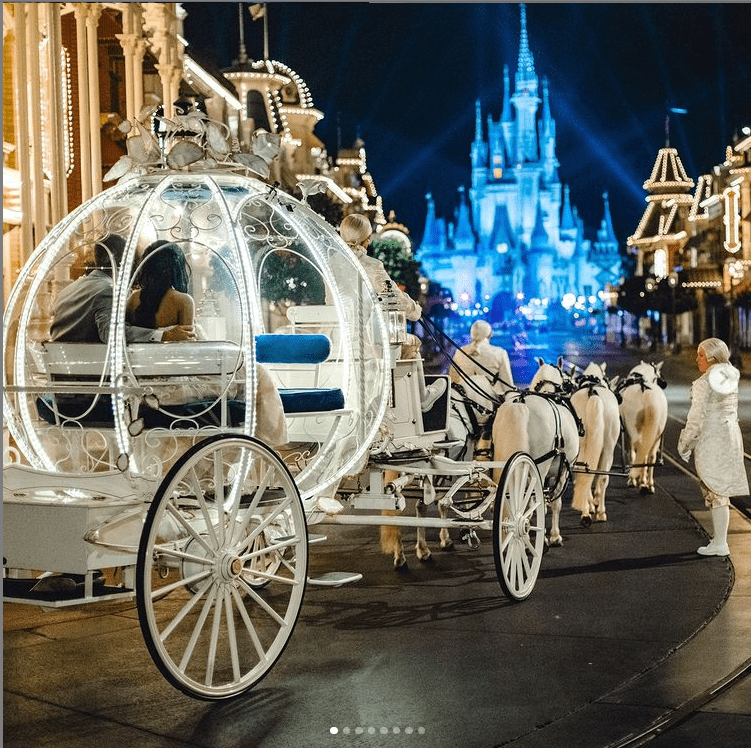 A Disney World wedding in the Magic Kingdom with Cinderella Castle in the background. Credit: @disneyweddings

On February 27, couples can pay a visit to the Disneyland Hotel to check out a Disney Wedding showcase at Disneyland. This “outdoor weddings showcase” does require tickets, so you must register in advance, and since the event will give visitors “the opportunity to tour outdoor wedding venues, be inspired by floral and décor, taste delectable culinary items, and meet with Disney’s Fairy Tale Weddings team”, it’s definitely a good idea to buy tickets ahead of time! If you want to take the Disney wedding showcase a little further, you can sign up for “an additional menu tasting experience” that will give you the chance to meet Disney Chefs and taste a special Disney meal while experiencing “the unique Disney service” and getting ideas for your own wedding menu along the way! You can register for the Disneyland Hotel Disney Wedding Showcase here! 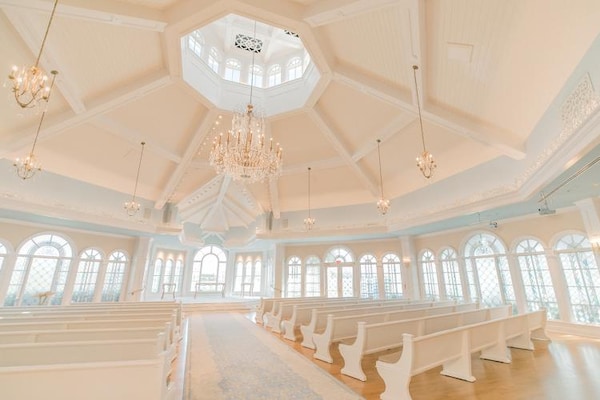 If you can’t attend a Disney World open house or the Disneyland Wedding Showcase in person, you can also take virtual tours of the venues on Pinterest, check out a detailed photo gallery, check out Disney’s prediction of the biggest upcoming wedding trends, or explore venues on the Disney Weddings website. There is also a free digital weddings brochure to help “bring your fairy tale to life“, whether you’re getting married at a Disney Resort like the Grand Floridian Resort or getting married in a Disney Park like the Magic Kingdom, EPCOT, Hollywood Studios, or the Animal Kingdom!