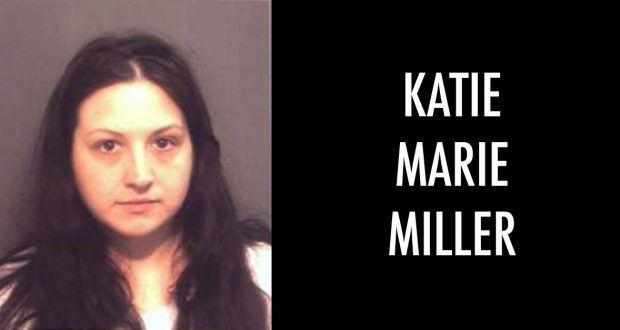 According to WESH in Orlando, A Walt Disney World Cast Member is in some serious trouble.

Katie allegedly used her position with the company to fraudulently obtain over $100,000 over 22 months, Orange County investigators said.

She has been charged with second-degree grand theft and first-degree scheme to defraud.

The suspected fraud was discovered by Disney employees and the case was turned over to law enforcement.

Columbia Harbor House is really quite the gem of Liberty Square. At first glance it doesn’t seem like much. You might not even realize it’s a restaurant if you’re just walking by. But in reality, it’s a really great place to catch lunch or a quick dinner. Here are 10 things we absolutely adore about Liberty Square’s best quick service restaurant, Columbia Harbor House.

Okay, this may sound like a weird thing to be put on this list, but it has a great story! If you have seen Liberty Square, you’ll notice the street is made up of two colors. One looks almost like a river running through all of Liberty Square. Well, that’s meant to represent the sewage system that would have been during those days. So yes, in theory, you are walking on poop! Anyway, Columbia Harbor House is located in Liberty Square, but also extends to Fantasyland. You will find the bathroom on the Fantasyland side, because there are no bathrooms in Liberty Square! Besides that, the bathrooms are fairly small, but they are never crowded!

Columbia Harbor House is known for giving really great portions of food. In addition to that, their prices are also not bad. For example, for just under $9, you get a full plate of chicken nuggets and one side. Or for less than a dollar more you can get the chicken nuggets and fish plate, also with one side. This, in my opinion, is the perfect option. It’s more than enough food for one person. It will fill you up for sure!

8. The Swiftness of the Ordering Station

If you head over to Columbia Harbor House around lunchtime, the line might be out the door. But never fear; the lines move extremely quickly. The cast members working here are great and always keep the lines flowing smoothly.

The location of this quick service restaurant is wonderful. It’s located directly across from the Haunted Mansion, on the border of Liberty Square and Fantasyland. One of my favorite things about eating here is sitting upstairs and getting a table right by the window and enjoying a view of the Haunted Mansion while I eat!

The Lobster Roll is a fan favorite here at Columbia Harbor House! It’s one of the most ordered options, and it sure is delicious. For around $12 a plate, served with potato chips, it is really worth it.

On the menu, they have a dessert option for a seasonal cobbler. Sometimes it’s a blueberry cobbler, but sometimes it’s the most delicious apple crisp you’ll ever eat. It’s perfect. So save room!

4. The Abundance of Seating Areas

Mentioned above, Columbia Harbor House is located in both Liberty Square and Fantasyland, which means the restaurant itself stretches pretty far. So it’s fairly large and accommodates a lot of people. Not only is there seating on the main level, but there is also tons of seating upstairs as well. It may look like there aren’t many tables left, but just keep walking a little farther and you are sure to find something.

The menu at Columbia Harbor House is wonderful and truly unique. Not only do they have really unique items, like the Lobster Roll, Lighthouse Sandwich, and the Anchors Away Sandwich, but they also have your more common items, like chicken nuggets and a garden salad, for the more picky eaters.

The fried shrimp platter is one of my favorite things on the menu, because who doesn’t like a good fried shrimp every now and then? And this fried shrimp is good! They give you around 8 shrimp and your choice of a side for just under $10. It’s filling, just what you need for a long day at the park! You can even share a plate, and then get that delicious apple crisp for dessert!

1. The Atmosphere and Attention to Detail

Besides all of these wonderful things Columbia Harbor House has to offer, the best thing is probably the theming. The nautical influences are done extremely well and the attention to detail is fantastic. Every nook and cranny is filled with some interesting, whimsical element. Just another example of how well Disney does theming.