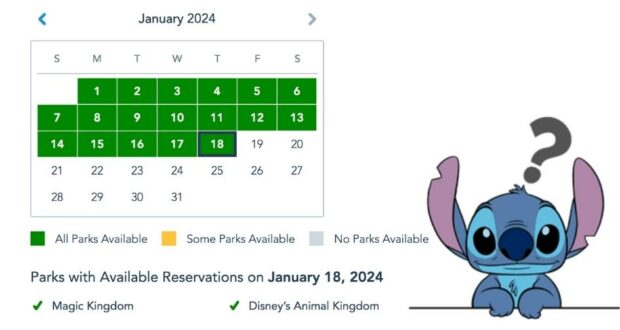 Has Disney World Finally Picked an End Date for its Park Pass System? 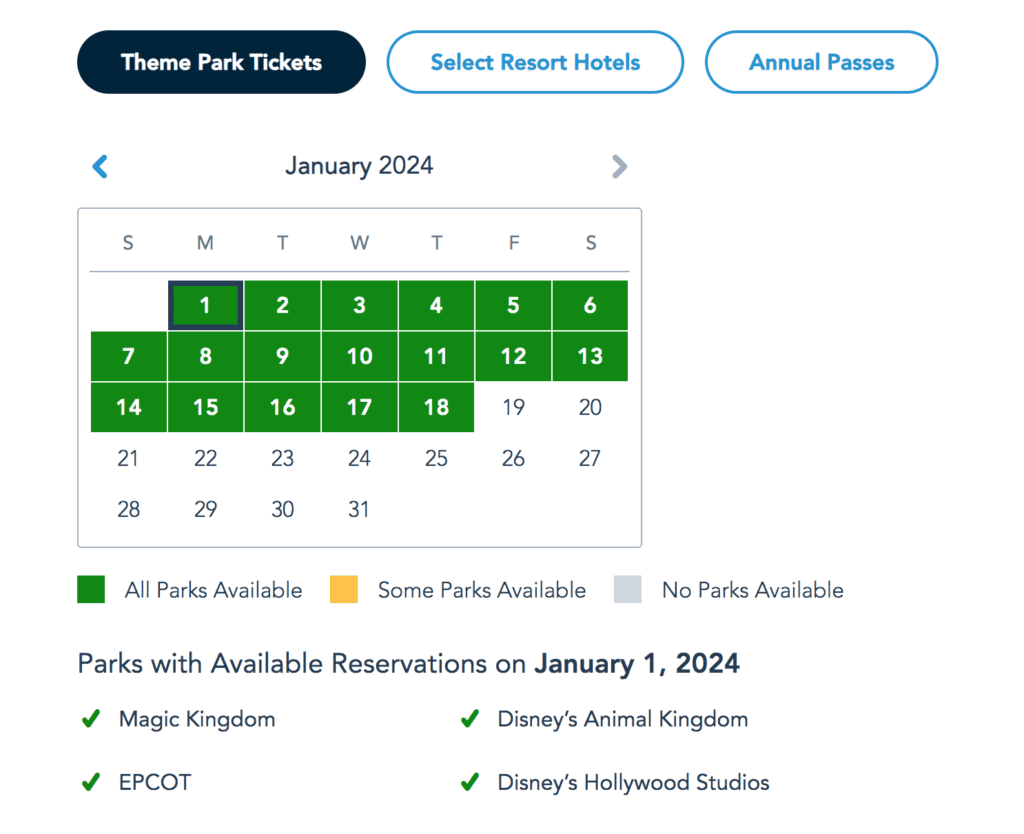 Normally, Disney World extends its reservation availabilities as the days go by. We can see proof of this with the Theme Park Reservation Availability Calendar for Annual Passholders, which was updated to maintain a window of just over one full year.

Passholders can now make Park Reservations as far in advance as February 28, 2023. But, the calendar for Theme Park Ticket Holders and Select Resort Guests remains stopped on January 18. It should also be mentioned that the Walt Disney World Website only offers reservations until December 31, 2022. 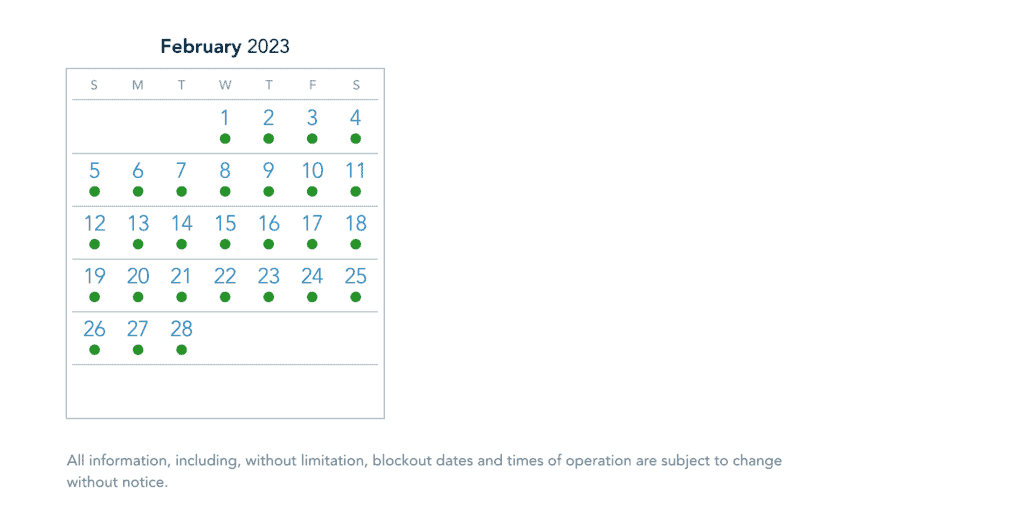 Could January 18, 2024, be the unofficial end of the Theme Park Pass Reservation System at the Walt Disney World Resort?

Enacted as a means to limit capacity at Magic Kingdom Park, EPCOT, Disney’s Hollywood Studios, and Disney’s Animal Kingdom during the pandemic, the Park Pass System has been a necessary aspect of each Guest’s Disney experience since Disney World’s reopening. Guests cannot visit a Theme Park without one, and no Guests with a Park Hopper option can Park Hop until they have visited the Park for which they have a reservation.

Universal Orlando Resort and Seaworld Orlando, on the other hand, both opted to handle their limited capacity crowds on a first-come-first-serve basis. 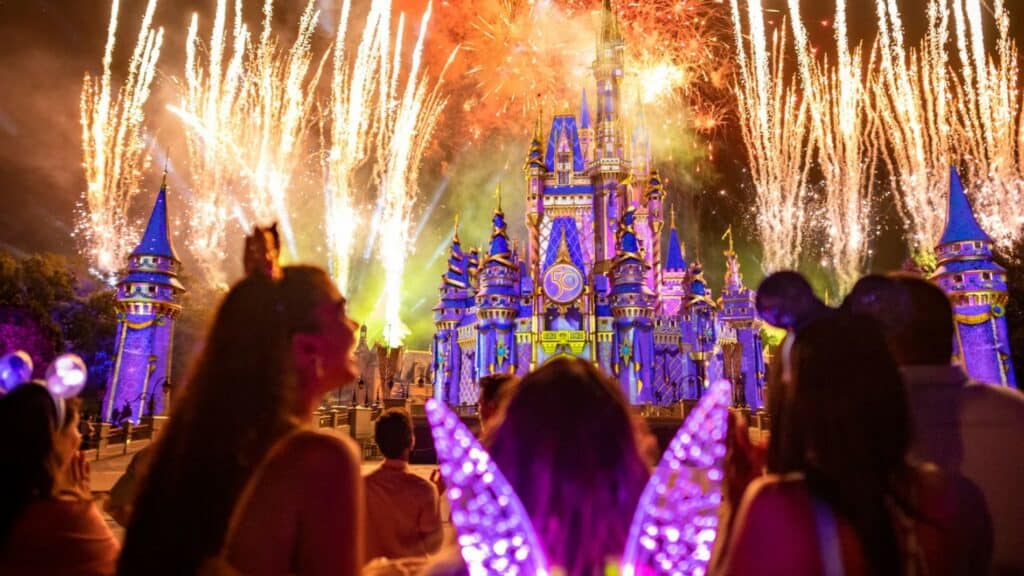 Related: Festival of Fantasy Parade to Run Twice a Day Upon Its Return to the Magic Kingdom

But as we moved further from that reopening, Disney days have gotten back to normal, with crowds seemingly at normal capacity and even masks becoming optional. It feels as if it is only a matter of time before the Park Reservation System is retired. And, judging by the dissonance in availability calendars, it could potentially end for Guests with an Annual Pass first.

A Park Pass Reservation is not needed for visiting Disney Springs or either Disney Water Park, Blizzard Beach, or Typhoon Lagoon.

Now, it should be noted at this point that this article is one of pure speculation. Disney has not released any official word on the Theme Park Reservation System or on any proposed end date.

Disney Park Pass Reservation Systems remain in effect at Disney World and both Disneyland Resort Theme Parks, Disneyland Park, and Disney California Adventure. But, we at Disney Fanatic will keep our eyes on this story and will update our readers as any official word comes to light.