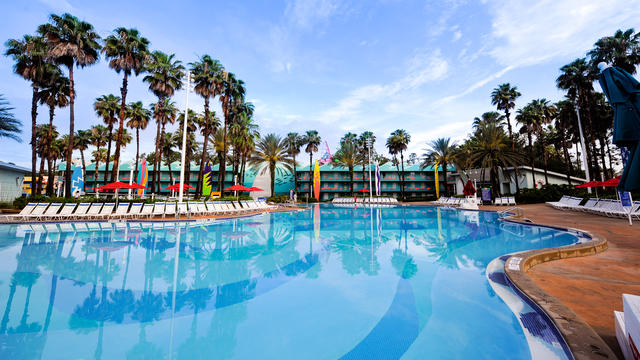 Disney World has three main tiers of resort hotels: Value, Moderate, and Deluxe. The Value Resorts are the most affordable ones, and tend to be best for families on a budget. They also tend to have the most simplistic theming concepts.