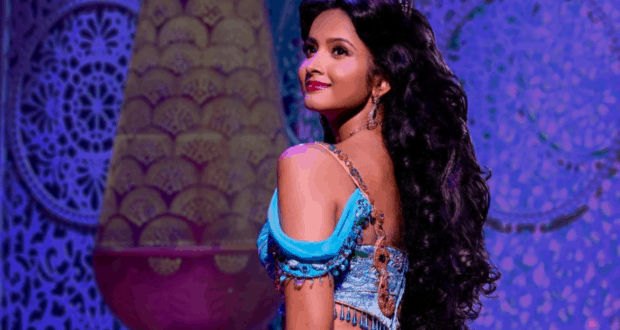 If you’ve been paying attention to Broadway’s return, then you already know that the casts of Disney’s Aladdin, Lion King, and Frozen are absolutely ecstatic to be back on stage performing in front of their beloved audiences–and today, those cast members honored Disney lovers with a spectacular combined performance on The View! See the performance in the video below at around 2:30 in the video–and then see whether or not you cry.

Each show gets its own moment, and so does each show’s iconic couple. Shoba Narayan and Michael Maliakel are resplendent and shimmering in their debuts as Princess Jasmine and Aladdin (with a bit of the admirable Genie’s Michael James Scott’s glitter on them, of course), while Brandon McCall and Adrienne Walker brought the Lion King to life in a wonderful way as Simba and Nala. To top it all off, Caroline Bowman and Caroline Innerbichler joined in for the incredibly emotional ending as Elsa and Anna, leading the singers and audience in a joyful (and extremely relevant, due to the ongoing pandemic and Broadway’s return after eighteen months of forced closure) embrace of music. Each movie’s most famous musical numbers were included, but they were blended together in a really unique way, and no singer outshone another (perhaps because they are all an entire stratosphere above the rest of us in musical talent, anyway). 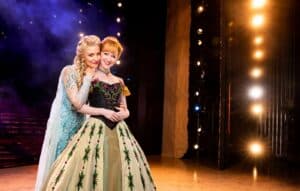 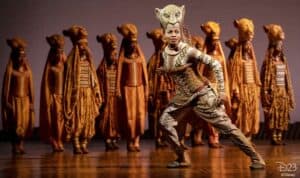 The View and all of the included singers have been enthusiastically sharing behind-the-scenes footage of their performance today on Instagram, but watching the full video makes for a completely phenomenal experience. Are you going to see these talented people on Broadway? Are you excited to see Disney shows on stage again, and which will you be seeing: Aladdin, Frozen, Lion King, or all three?