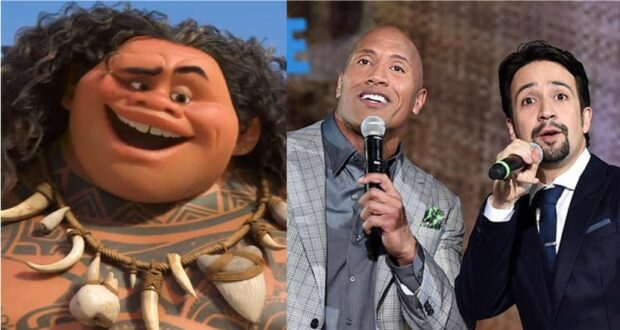 “Make way, make way…” Disney’s Moana film is on the move! Even though Moana hit theaters in November 2016, we’re still celebrating the film. Why? Well, after 5 years, the film is still breaking records. Apparently, we aren’t the only ones that can’t get enough of the Moana soundtrack as it has broken the record for time spent at number one on the Billboard soundtracks chart.

With such a huge record, we aren’t surprised that Dwayne Johnson (the voice of Maui the demigod in Moana) took to social media to share his excitement – while saying “you’re welcome” of course!

As shared via Johnson’s Instagram @therock: “Very cool and humbling news in the world of music, our MOANA soundtrack breaks all time record for most weeks at #1 on the BILLBOARDS chart. Staggering 52 WEEKS. And MOANA is officially the most popular movie of the year on Disney+ in 2020. Congrats and THANK YOU to our genius maestro, songwriter & composer Lin Manuel Miranda. You’re one of one, my brother. And a HUGE THANK YOU to all the families around the globe who made this happen – and listened to me sing in keys that don’t exist….. “What can I saaaaay except, YOU’RE WELCOOOOOME…..” Maui.” Johnson shared the post with the image below:

It’s no surprise that Moana has been a hugely successful film. As of recently, we’ve seen Walt Disney World incorporate the film into the popular Disney’s Polynesian Village Resort. The Guest rooms have been remodeled with the touches of Moana. Not only are we seeing more Moana at Disney’s Polynesian Resort, but she is also making more character appearances in the Parks. Plus, Disney is working on EPCOT’s Journey of Water Inspired by Moana.

To celebrate Moana’s soundtrack achievement, here’s a delicious Moana cupcake recipe you can try right at home. You can also visit your local Starbucks and order a Moana Frappucino! Let’s celebrate (and sing!) along with Dwayne Johnson by checking out the “You’re Welcome” video and song below:

2021-08-21
Jamie Sylvester
Previous: Orlando Urges Reduced Water Use As COVID Increase Results in Liquid Oxygen Shortage
Next: You Can Order Nightmare Before Christmas Yahtzee Game Just In Time For Halloween