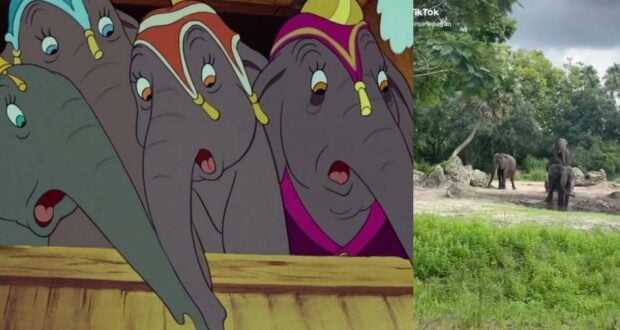 Elephants ‘Get Busy’ In front of Animal Kingdom Guests

Kilimanjaro Safaris at Disney’s Animal Kingdom is constantly touted for its authenticity, namely that the animals seen within the Harambe Wildlife Reserve are, in fact, wild and will behave as they would on an actual safari.

Well, there are those rare occasions when the animals give Disney World Guests a rude awakening to the fact that they are experiencing something more than a Theme Park attraction, and one of those cases occurred just a few days ago. A video uploaded to TikTok showed two of the Elephants deciding to increase the herd’s population for all of the Guests to see.

This story follows another incident we at Disney Fanatic covered a few months ago, which involved two saltwater crocodiles. Click here to read more of that story.

Each ride aboard Kilimanjaro Safaris is different. This writer will attest to that. Whether it is new animals, new babies, sparring matches, or animals getting busy, the drivers are right when they say that you never know what you might see. 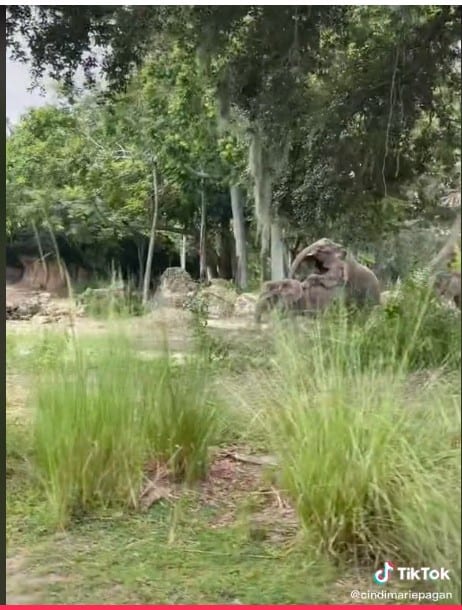 Kilimanjaro Safaris is the largest ride-through attraction on property, and Disney World officially describes it on its website as the following:

Explore the Harambe Wildlife Reserve, home to 34 species living in 110 acres of picturesque open plains, shady forest landscapes and rocky wetlands. Your rugged safari vehicle is driven by an expert guide, who helps point out animals and shares fascinating wildlife facts during this extraordinary 18-minute expedition.

Unique Animal Encounters
Spot a shy hippopotamus nestled in a still pond. Behold a regal lion sunbathing on a rocky perch. Drive past a gentle giraffe grazing on the tall trees or wave hello to a swinging baboon. Other amazing animals you may encounter include rhinos, cheetahs, crocodiles, elephants, hyenas and zebras—and so many more!

Since animals have minds of their own, every expedition is a unique and unforgettable experience. Be sure to keep your eyes open and have a camera ready—you never know what you’ll see on a Kilimanjaro Safaris outing. 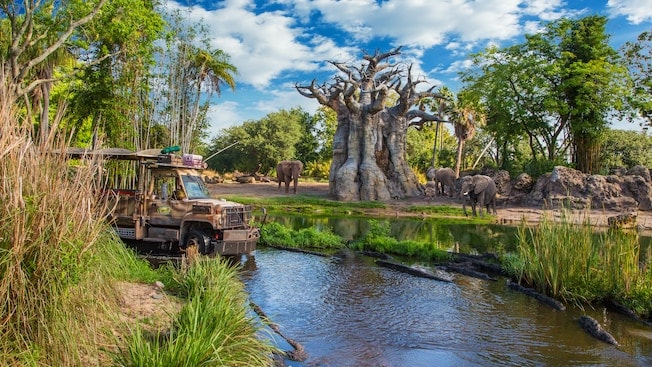