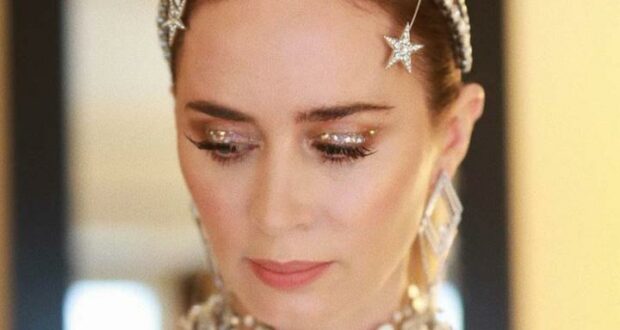 Emily Blunt Sparkles Like A Disney Princess In Animal-Friendly Makeup

The Disney actress Emily Blunt has impressed Disney World fans many times over, whether it’s been through her performance in Mary Poppins Returns, her role as the intrepid and beautiful Dr. Lily Houghton in The Jungle Cruise, or the natural charisma that she’s displayed during countless talk show interviews (see the musical montage she did with costar Lin-Manual Miranda, below, for evidence!). However, Emily Blunt is also known for her fashion acumen and her beauty, and since the annual Met Gala was held at the Metropolitan Museum of Art this past Monday, the English actress went all out and stunned everyone with her lovely look. Makeup artist Jenn Streicher, who works with Blunt often (as does Evelyne Noraz, who did Blunt’s makeup in Jungle Cruise), was kind enough to share the exact products that she used to create Emily’s natural, soft-yet-shimmery makeup look. As it turns out, the look is “really quite easy”, and all of the makeup that Emily wore for the Met Gala is actually by Chantecaille, a charitable beauty company whose ethos focuses on species preservation! Chantecaille is unique in that many of its individual products has a specific species that it’s based on, and a portion of proceeds will go to a specific charitable organization for that specific species. While wearing makeup from Chantecaille on Monday night, Emily was able to help pangolins, rhinoceroses, lions, and butterflies! With charitable contributions like that and a gorgeous shimmer in her makeup, we think that Emily couldn’t have looked more like a Disney princess. Read on to see the exact products that were used, how to apply the makeup yourself, and how each product helps animals!

Streicher started out by putting Chantecaille’s Gold Energizing Eye Recovery Masks on a clean-faced Emily. While those eye masks were doing their work (and while Blunt was getting her hair “slicked back with a ponytail” using Redken products), she massaged the Bio Lifting Serum+ and Bio Lifting Cream+ into Emily’s skin (using the Advanced Bio Lifting+ Massage Tool). After the eye masks were off, she added some Nano Gold Energizing Eye Serum under the eyes! 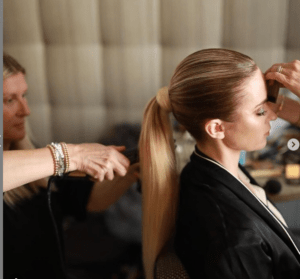 Onto face makeup! Emily Blunt is known for her natural beauty and her enviable skin, so Streicher was adept at enhancing that bare-skinned radiance in order to make it red-carpet-worthy. First up was Chantecaille’s Liquid Lumière in Brilliance, which Streicher applied everywhere “to create a glow-from-within effect.” She then layered the Future Skin Cushion Skincare Foundation in Nude and the Real Skin+ Eye and Face Stick over that Liquid Lumiere, really taking the time to blend all the foundation and concealer together well. 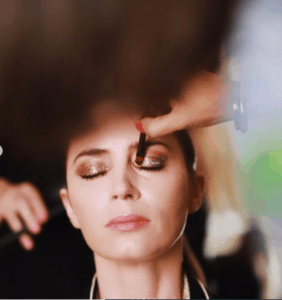 For the soft, sparkly eye makeup that drew everyone’s attention at the Met, Emily actually “picked all the Chantecaille colors,” Streicher told Instyle. “She really wanted the lilac color in the crease, she loves that color. And we thought the silver undertones complimented the dress.” For blush, Blunt wore the Philanthropy Cheek Shade in Butterfly (Bliss) on the apples of her cheeks. Then it was highlighter in the form of Éclat Brilliant all over the British actress’s face, but particularly on her “upper cheekbones”, and the Perfect Blur Finishing Powder was applied very sparingly on Emily’s T-zone (including her nose and forehead). Jenn also gave Emily some of that finishing powder to keep in her bag on the Met Gala’s red carpet! 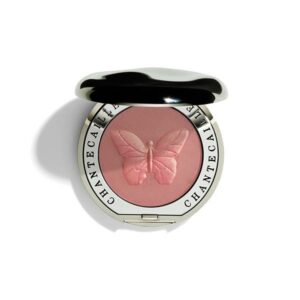 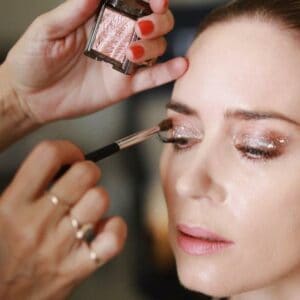 To start the eyeshadow application that gave Emily such an angelic look, Streicher first ”applied Luminescent Eye Shades in Rhinoceros by wetting the Shade and Sweep Brush just a little bit and used that shade all over the lid. [She] then took Luminescent Eye Shade in Pangolin, a dusty lilac color, and pushed that into the crease.” Jenn described ‘Pangolin’ as “the most beautiful dusty lilac color” (and “Emily’s favorite”); after using it with “a hint of sparkle” in the crease, she “extended it out, adding a more dramatic effect”. Then, [she] used the Lion shade with a very small dampened brush and did the inner corners and the lower lash line with that color.” Jenn also applied Les Perles Metallic Eye Liner in Argent on Emily’s eyelid, and then pressed the silver liquid eyeliner into her lashline for extra definition. The distinct silver sparkles on Emily’s eyelid, which topped off the eyeshadows, were actually just silver sequins from a craft box (Streicher does “not recommend” doing this normally)! Three coats of Faux Cils Longest Lash Mascara and a Chantecaille lipstick called “Le Matte Stylo” in the cool-toned pink color ‘Snapdragon’ served as the finale. 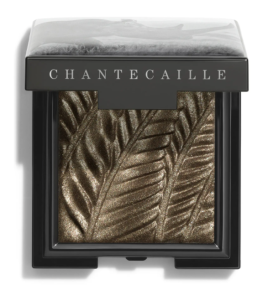 The eyeshadows and blush that Blunt wore to the Met Gala this year contributed funds to the Tikki Hywood Foundation for sweet-natured pangolins (which are the most trafficked mammal on the planet), the Lion Guardians organization that “transforms Maasai warriors who once killed lions into lion protectors”, the Sheldrick Wildlife Trust that “protects rhinos from poaching”, and the Monarch Butterfly Sanctuary, which helps monarch butterflies as they try to migrate in the face of global warming and deforestation.

While Emily Blunt may not officially be a Disney queen or Disney princess, we think that her work in Disney movies like the new film “Jungle Cruise” and her efforts to help wildlife should at least make her an honorary one! Every Disney princess also knows the value of a good outfit, and as Blunt’s makeup artist put it, “her dress was super daring this time around, so we wanted to keep her makeup understated but still beautiful and super fun”! Understated, beautiful, and fun all sound like the perfect adjectives for a Disney heroine! Do you agree? (P.S. If you want to try this look yourself, follow the tutorial that Streicher put on Instagram!)