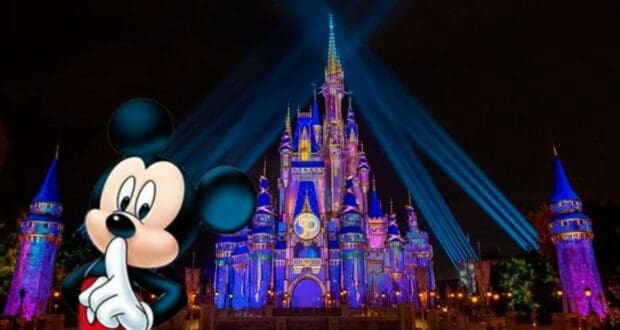 Walt Disney World is a place where dreams come true! From the stunning Cinderella Castle at Magic Kingdom to the iconic Tree of Life at Disney’s Animal Kingdom and everything in between – pixie dust is everywhere… BUT so are CROWDS. Looking for the unique experience of having a Disney Park almost all to yourself? Try this trick!

It’s no secret that Walt Disney World Resort is a busy place. While there are a few off-season periods where the crowd levels seem to lessen, it’s common to find wall-to-wall people in most parts of the Disney Parks.

But, there is a little-known trick that we’ll let you in on. It’s perfect if you’re looking for a family photo with an almost empty Park. And the best part – we aren’t talking about renting out an attraction or Disney land… because who has that in their budget?!

RELATED: Beautiful & Quiet Spots Throughout Walt Disney World That No One Talks About

Time to make some dining reservations 60-days in advance! Here’s the deal. Before making a dining reservation at one of Disney’s Park restaurants or lounges, you’ll want to take a look at the Park hours… specifically when the Park closes.

RELATED: Disney Scams You Need to Be Aware Of

At 60-days in advance, do your best to snag a dining reservation at the same hour as Park closes. While the crowds are flocking to the Park exit, you’ll be dining at one of Disney’s incredible restaurants or lounges.

You’ll typically have a full hour of dining experiences which allows you to leave the Park with almost no one around since it’s already been closed for an hour!

Time to stroll out of the Park, take in all the stunning scenery and lights at night, pause for family photos, and feel like a VIP during this Disney experience.

Our top picks for favorite locations that offer late dining in the Parks include Oga’s Cantina at Disney’s Hollywood Studios (as mentioned above), Jungle Navigation Co. LTD Skipper Canteen at Magic Kingdom, Tiffins at Disney’s Animal Kingdom, and Space 220 at EPCOT.

But – wait! There is a piece of the puzzle that may cause a hiccup! Even though you’re looking at the Walt Disney World Park hours before making your dining reservation for closing time, Disney has been known to extend its theme park hours occasionally without much notice.

If this is the case, you may lose that last-hour dining slot unless you can make the reservation adjustment quickly.

It’s also important to note the Extended Evening Theme Park Hours for Deluxe Guests on select days at Magic Kingdom and EPCOT that may play a role in crowd levels after the Park’s normal operating hours.

We’ve enjoyed this Disney World tip numerous times at the Parks. Not only are you avoiding the mass exodus at Park closing, but you’ll be able to experience the Disney Park in a new, nearly empty way!