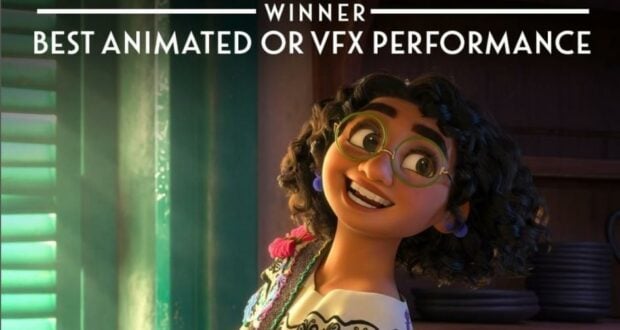 It looks like Disney’s Encanto is adding even more accolades to its impressive collection.

According to Walt Disney Animation, actress Stephanie Beatriz earned the award for Best Animated or VFX Performance from the Hollywood Critics Association.

The animation studio shared the news on its Instagram page, saying,

“Congratulations to @stephaniebeatriz, the voice of Mirabel, for receiving Best Animated or VFX Performance at the #HCAFilmAwards! #Encanto“ 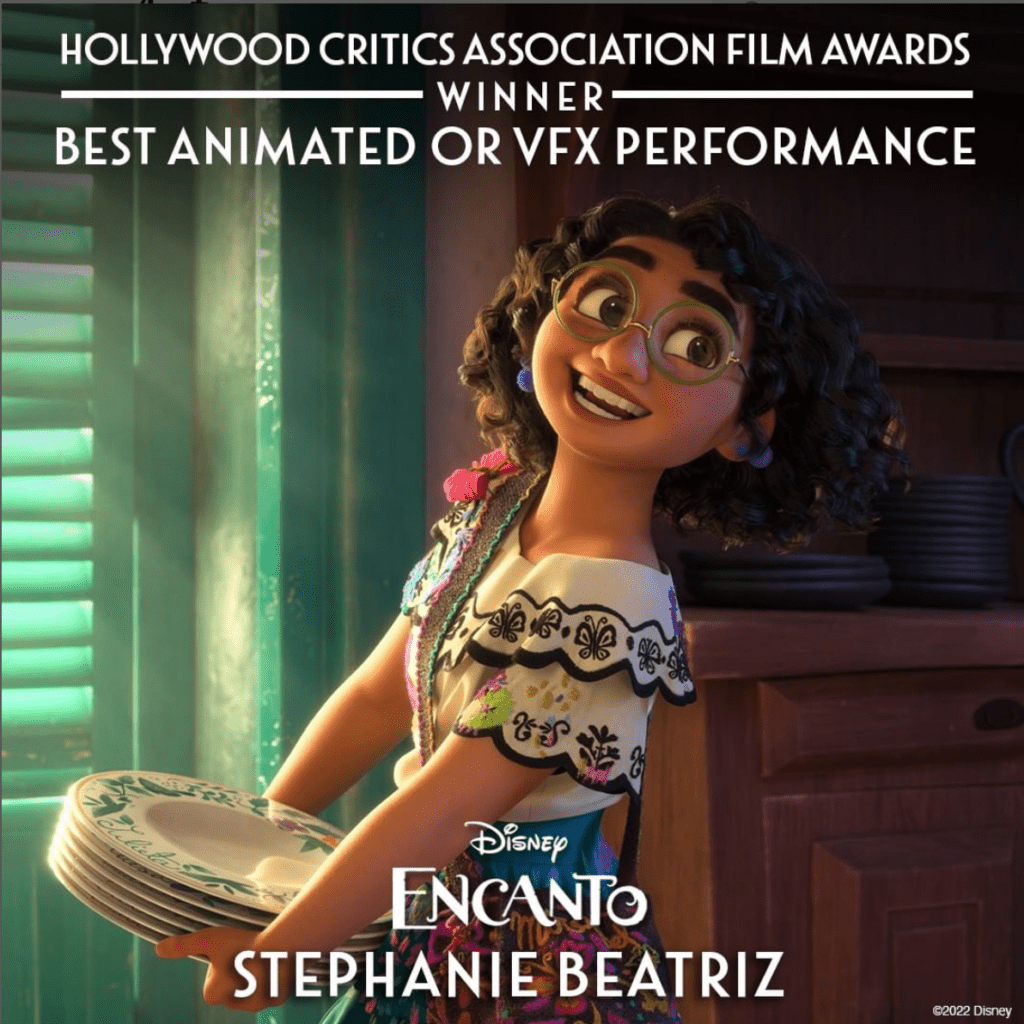 This is only the latest piece of praise Beatriz, and the entirety of Encanto has received since it landed on Disney+ and began its meteoric rise to historic levels of popularity. The film has earned several BAFTA and Academy Award nominations, as well as ADG nominations and so many more! It also won a Golden Globe for Best Animated Feature.

Lin-Manuel Miranda’s song, “We Don’t Talk About Bruno,” beat a previous record set by Aladdin’s “A Whole New World,” climbing to the top of the Top 100 Billboard charts. It also became the first Disney song to hit #1 on the UK charts. Click the link below to read more about that. 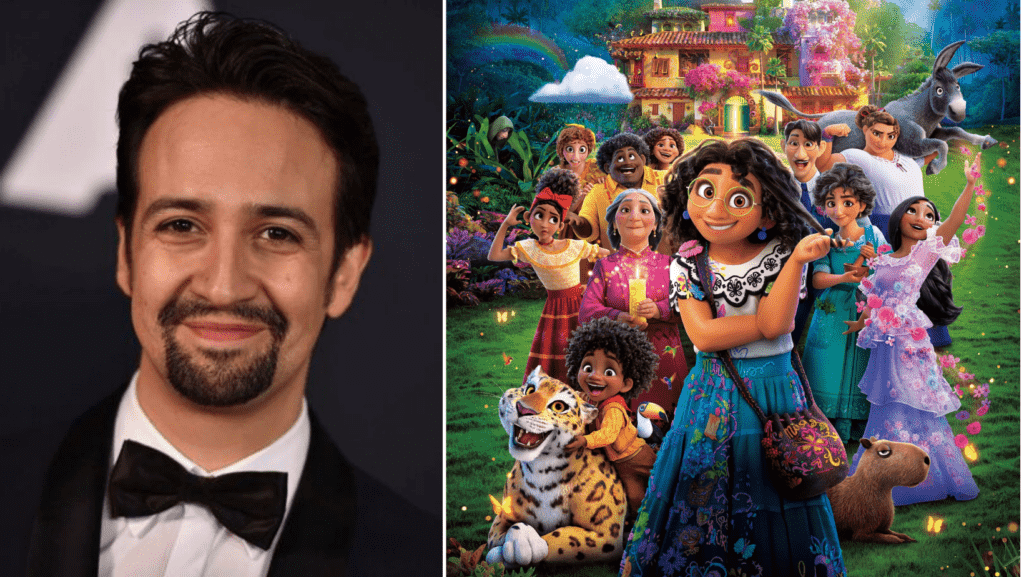 Read More: “We Don’t Talk About Bruno” – First Disney Song Ever to Reach #1 in UK

An almost polar opposite from her stone-faced bad girl role in the NBC comedy series Brooklyn Nine-Nine, Beatriz steps into the role of Mirabel, a warm-hearted, empathetic young woman who also sings. While it is up to the animators to physically bring Mirabel to life on screen, it is up to the voice actor to match the art and unleash the full emotional potential of the scene. And unlike live-action, voice actors have no co-stars to feed off of. All of Beatriz’s voice-over work, from Mirable’s whispered talks with her parents to her belting from her core how she is “Waiting for a Miracle,” is done in a studio. And that fact arguably makes roles like Mirabel a whole different kind of difficult.

As Oscar Sunday draws ever closer, we at Disney Fanatic want to wish the entire Encanto team congratulations and the best of luck!