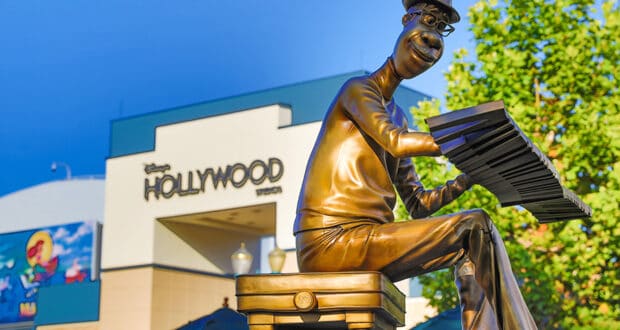 The 50th anniversary of the Walt Disney World Resort has brought with it the Fab 50 character statues, new nighttime spectaculars to both EPCOT and the Magic Kingdom, special collections of merchandise, treats and so much more! In this post, we’re diving into all of the new experiences now available at Disney’s Hollywood Studios just for the “Most Magical Celebration on Earth.” 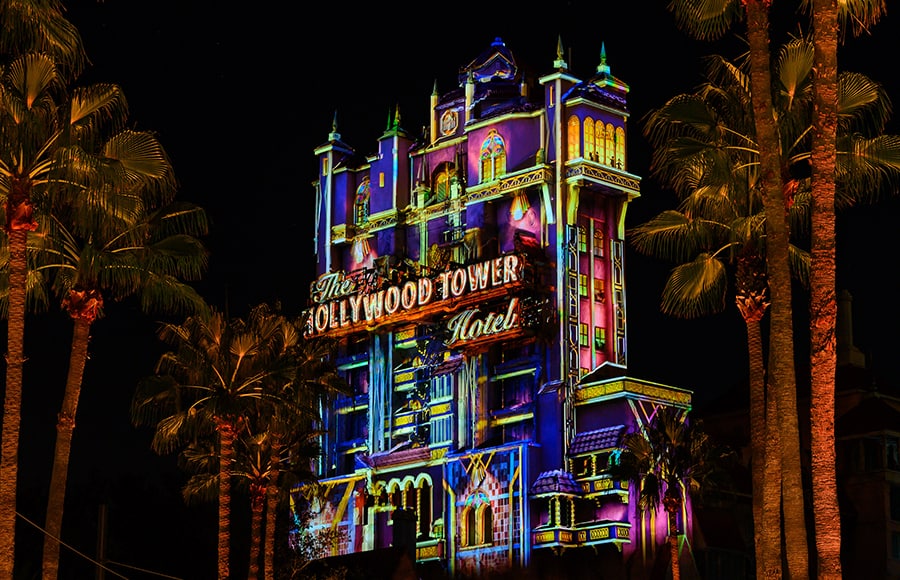 At Disney’s Hollywood Studios, Guests can find the Hollywood Tower Hotel (home of the hit thrill ride, Twilight Zone Tower of Terror) glowing as one of the new Beacons of Magic for the 50th anniversary celebrations.

New eats, treats, and sweets are available around the park including: 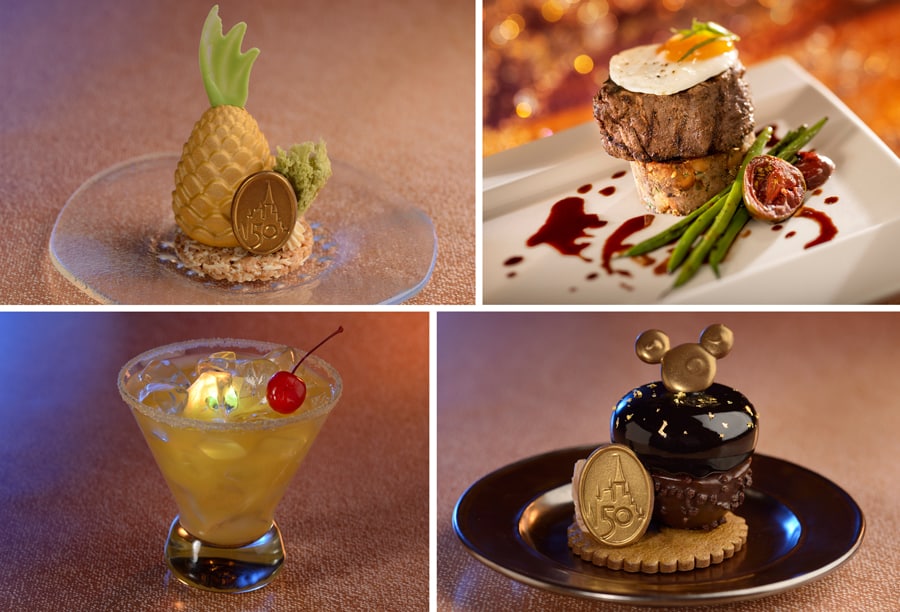 Around the rest of the park, Guests can expect to find Mickey Glimmer & Shimmer Brownies, as well as Glimmer & Shimmer Churros! (Now if Fantasmic could just reopen so we could enjoy one of those churros during the show…)

As with the other three Walt Disney World theme parks, Disney’s Hollywood Studios is home to character statues from the Disney Fab 50 Character Collection including Joe from Soul, Edna Mode from The Incredibles, R2-D2 and BB-8 from Star Wars, and more! 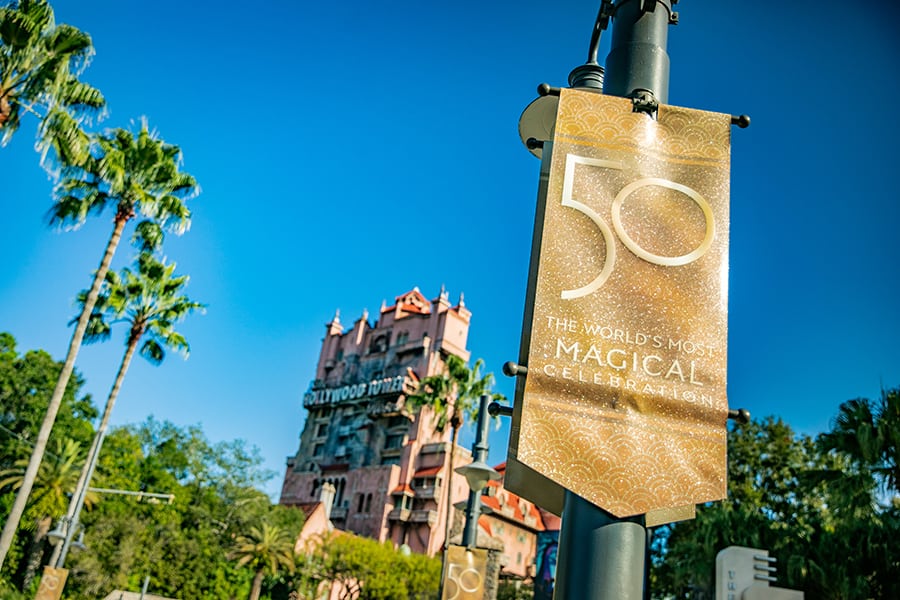 Beautiful decorations and magical EARidescent touches can also be seen around the park, with new banners and even special balloons for the occasion available for Guests to purchase. Even the park’s maps are all done up in a special limited edition design just for the 50th anniversary.

For all of the latest tips during your visit to Disney’s Hollywood Studios at the Most Magical Celebration on Earth, download the My Disney Experience app and take advantage of the tip board on Disney Genie.