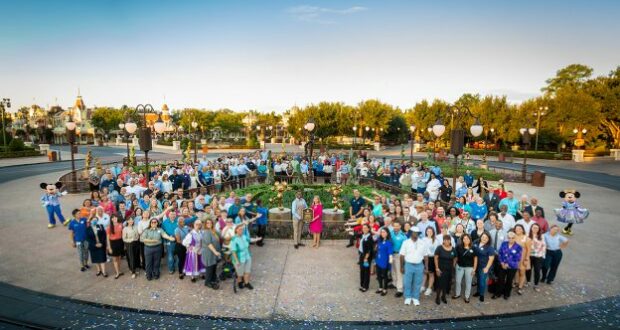 Cast Members are at the heart of the magic in what makes visiting the Walt Disney World Resort such a memorable place to visit for Guests from all over the world. To honor the people who help make the magic, Cast Members were honored in a ceremony with former President of the Walt Disney World Resort (and current President of Segment Development and Enrichment for Disney Parks), George Kalogridis. 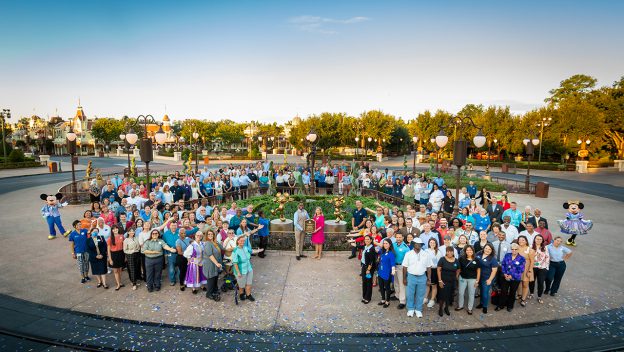 The ceremony took place on September 15, 2021 in the Magic Kingdom, where Kalogridis thanked Cast for their hard work around the Walt Disney World Resort and officially read the dedication plaque for the Fab 50 statues of Mickey and Minnie:

Walt Disney World Cast Members have always been at the heart of our magic.

These statues of Mickey Mouse and Minnie Mouse are dedicated to celebrating Cast Members’ past, present and future.

Thank you for making Walt Disney’s Dream a reality.

Check out a video of the dedication below:

Cast Members work incredibly hard to create happiness for Guests, often going above and beyond to create magical experiences, and take time away from their own lives and families with the inconsistent schedules and hours that come with the hospitality industry.

From the early days of Disneyland, Walt Disney recognized that it was really Cast Members who would make the difference in setting his park apart from other entertainment offerings, and his vision continues to this day with Cast from all around the Walt Disney World Resort. 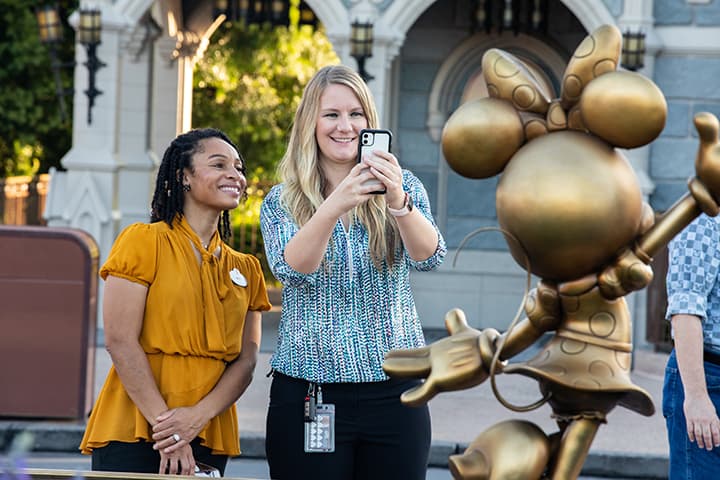 We love the idea of recognizing Cast Members during The Most Magical Celebration on Earth, and hope to see even more ways for them to be recognized soon, especially after a very challenging almost two years now since the world changed with the COVID-19 pandemic.

In their announcement of this dedication, the Disney Parks Blog also invites you to take photos with Mickey, Minnie, and the other Fab 50 statues, and share your messages for Cast Members by tagging #DisneyCastLife and #DisneyWorld50.