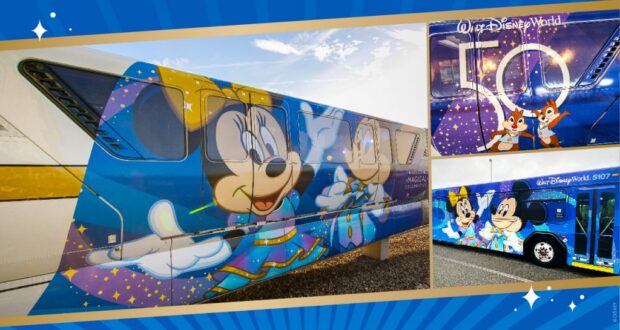 Walt Disney World already has a lot of bonuses in place for any Disney Guests who visit on or after October 1st of this year, since it marks their 50th anniversary, but now they’ve added additional sweeteners for anyone who stays at the Disney Resorts Collection hotels!

Anyone who is staying at a Disney Resorts Collection hotel during the “World’s Most Magical Celebration” can officially enter the Disney World theme parks earlier than everyone else. Furthermore, Disney visitors who are residing in the Disney Deluxe or Deluxe Villa Resort hotels can take advantage of extended evening hours on select nights in select theme parks. 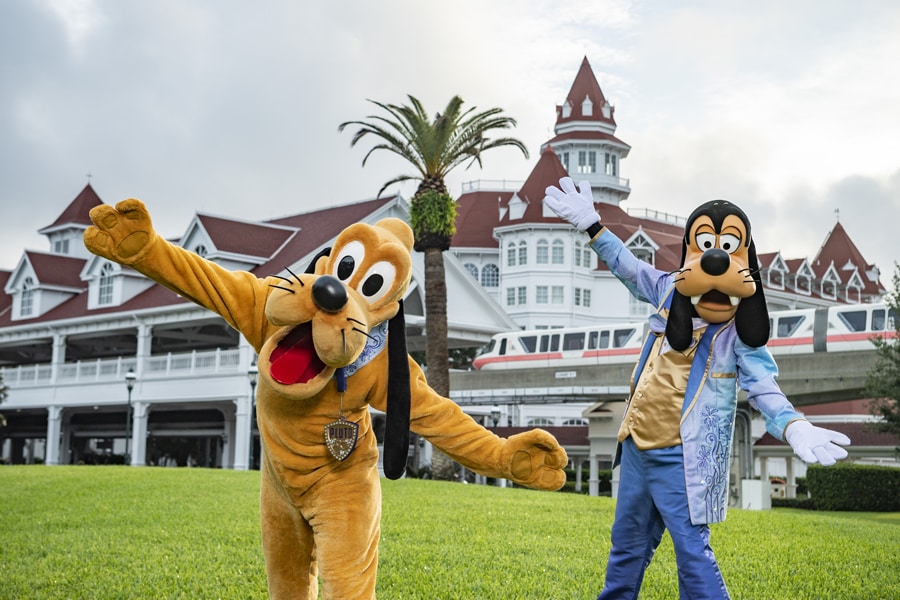 There will also be special appearances by Disney “friends” (i.e. Disney characters), who will be wearing new EARidescent garb. Cast Members will also be wearing special-edition nametags. While you’re on your way to the parks, you can also see special 50th-anniversary decor on the Disney monorail, select Disney Skyliner cabins, and select Disney Transportation buses!

If you haven’t picked which Disney hotel to hang your hat in, you may want to give Disney’s Contemporary Resort a try! This Resort has just had a makeover, making it a mix of retro and modern, and characters from the Pixar Incredibles movies are being featured in lots of its decor.

Walt Disney World is also encouraging Guests to book rooms at Disney’s Polynesian Village Resort, because the resort has new rooms that are based on the Disney film (and Polynesian heroine) “Moana.” The resort has a new entrance with lots of Polynesian detailing, which was only just finished as another part of Disney World’s current refurbishments! 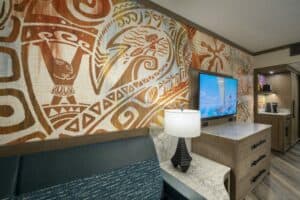 Once you’ve picked a resort to stay in, be sure to try the limited-edition Joffrey’s Coffee blend that’s been formulated just for Disney World’s 50th anniversary celebration. With two new restaurants opening as well (one French and one futuristic), you won’t go hungry!

Are you heading to Disney World for the 50th anniversary celebration, or perhaps watching its live TV special?