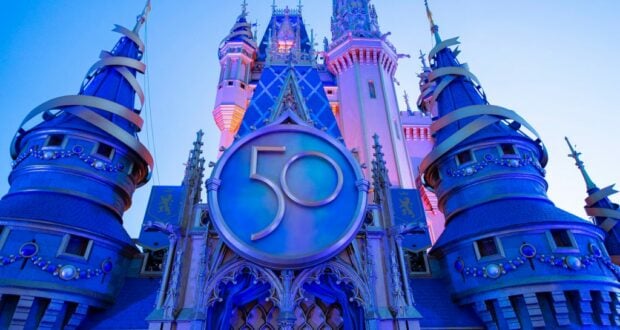 Walt Disney World is coming up on its 50th anniversary, and Disney has lots of special offerings in store starting October 1st! The newest addition to the celebrations is a makeover for Walt Disney World’s monorails. Disney World just released the following Tweet, providing Disney Guests and Disney Fanatics alike with a glimpse of the monorails’ new 50th-anniversary-themed look.

As usual, Disney is going all out when it comes to the details; no detail is being missed, and it’s a delight to see that even Disney transportation is donning special anniversary attire! 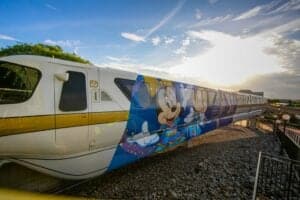 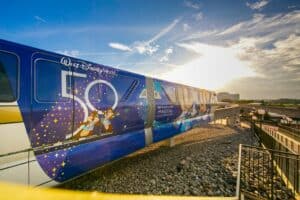 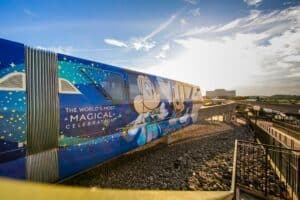 We can see that Chip and Dale are getting some of the spotlight astride the monorail, and so are Mickey and Minnie, the mice that started it all! Disney World is also adding 50 new sculptures to Walt Disney World, and the first few have already been added; keep an eye out for them in the Disney parks (we already know that at least two of them are going to be Olaf and his fiery new friend from Frozen 2)!

These sculptures will be in Disney World for the next 18 months, and Disney Guests are encouraged to share pictures of them on social media with the hashtag #DisneyWorld50! Aside from new monorail decor and new sculptures, Disney World is also having a new restaurant opening, a new ride opening, the opening of the new French Pavilion in EPCOT’s World Showcase, and a live TV special (which will be hosted by Disney Legend Whoopi Goldberg and include celebrities like Tom Brady, as well as past Disney executives)! Are you heading to Walt Disney World to join in on the 50th anniversary celebration after October 1st? Which one of the 50th anniversary offerings are you most excited about?