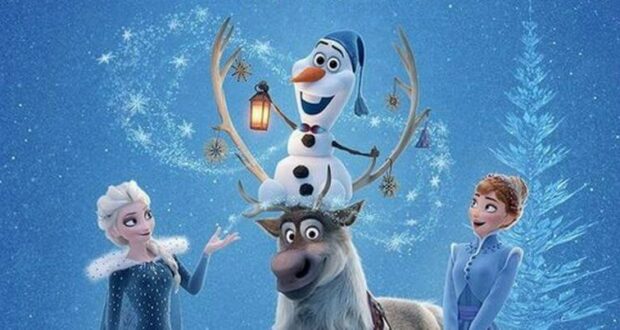 Olaf Gets Recognition During Disney’s 50th

When Frozen was released, few Disney fans could have predicted that one of its most popular characters would not be a Disney princess. Olaf the sentient warm-hugs-loving snowman became a favorite rapidly after Elsa used her magical ice powers to create him for her sister Anna, and his comedic timing made him stand out among all of the standard Disney sidekicks. Olaf also serves as one of the more self-aware Disney characters, even alongside the comic relief from Kristoff and Sven, and his stand-up-comedian-tendencies have resulted in many memorable one-liners. Olaf has been represented very steadily in the Disney Parks since Frozen came out (via merchandise, dessert options, and a presence on Frozen attractions) and even more so since Frozen 2 was made. 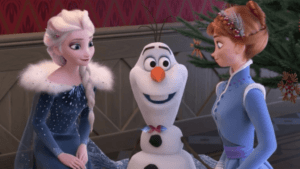 He was also featured in Frozen Fever and Olaf’s Frozen Adventure, and even given his own solo short film called Once Upon A Snowman. Now, Olaf is getting his moment in the summer sun once again during Disney’s 50th anniversary on October 1st! The Chief Creative Officer from Disney Animation has listed Olaf as one of the characters in the 50th Anniversary Fab 50 Character Collection that will be available during what Disney has labeled “The World’s Most Magical Celebration”. Olaf will also be accompanied by Bruni, the fire salamander (and fire spirit) that he befriended in Frozen 2. Their honor will happen in the form of two golden sculptures, and Disney Guests can find them in EPCOT! 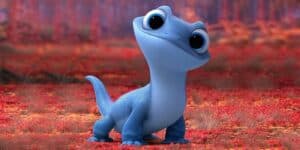 Jennifer Lee, Chief Creative Officer of Disney Animation has revealed that Olaf & Bruni are part of the Disney Fab 50 Character Collection that you’ll find across the four @WaltDisneyWorld theme parks during “The World’s Most Magical Celebration” starting Oct. 1 #DisneyWorld50 pic.twitter.com/asAbC5M6ui

Josh Gad, the voice of Olaf and a popular Disney-affiliated celebrity, has expressed excitement over the news. He’s also referenced one of Frozen 2’s biggest jokes with the inclusion of “Samantha”!

This is amazing. And if you look hard enough, you can also find Samantha. https://t.co/4jKwZS6Xdk

Are you a fan of Olaf and Bruni? Do you like warm hugs as much as Olaf does, and what are you most excited for in Walt Disney World’s 50th anniversary celebration?