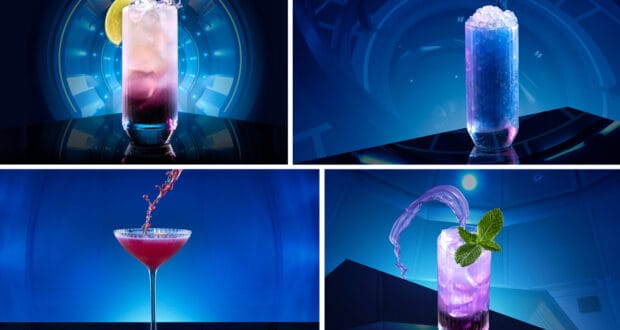 Walt Disney World Resort continues to focus on new openings (like the opening of new France in EPCOT’s World Showcase, the opening of a new ride, refurbishments to the Everest and Princess and the Frog rides, and updates to shows), and now Disney Guests have yet another new offering to celebrate! If you’ve been hankering to try La Creperie de Paris in the new France, but you’re reluctant to wait until October 1st for some new Disney food to try, then head over to Walt Disney World’s EPCOT and try the food at Space 220; the opening date for this space themed restaurant is September 20th in the futuristic Disney park!

Space 220 Restaurant at EPCOT officially begins virtual departures on Sept. 20! Find out more about reservations and check out a sampling of the prix fixe menus on the Disney Parks Blog now: https://t.co/M3MMEYsPZg pic.twitter.com/QJIvGkAgzM

Disney has just released menus and pricing for Space 220. For adults, lunch will be $55 for lunch and dinner will be $79. For kids, it’s just $29 for lunch and dinner. Walk-up diners are accepted! Space 220 is a unique restaurant that will give Disney visitors an “out-of-this-world dining experience” with a “simulated flight 220 miles above Earth’s surface”. 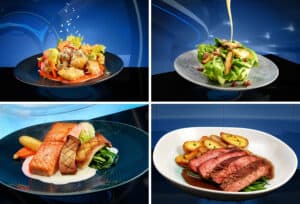 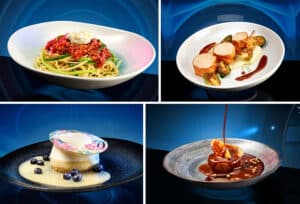 As for the kids’ menu, there are a standard variety of options (but with space-themed names). The space-ghetti is as expected (spaghetti with chicken meatballs), and there’s also galactic salmon with mashed potatoes and broccoli, “cosmic” chicken tenders with honey mustard sauce, steak and “space fries”, or “Mission Macaroni”! There’s also some atmospheric cocktails and fine wine, for the adults!

Which restaurant are you most excited to visit, La Creperie de Paris or Space 220?