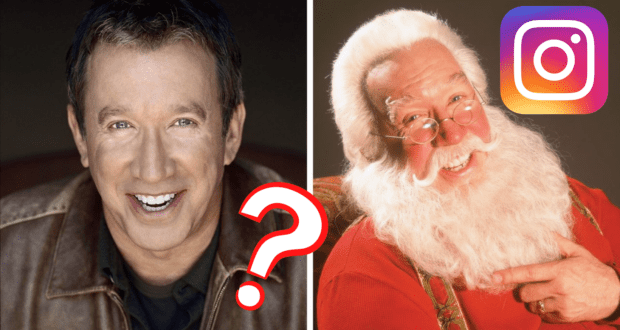 Earlier today, we shared the news that The Santa Clause movie franchise would be returning in a new series exclusively for Disney+, with actor Tim Allen reprising his role as Scott Calvin, aka Santa Claus.

The official Disney+ Instagram account has since shared a post to announce the new series, giving fans a nostalgic look back at the actor with shots from past films in the franchise. The post was only up for a short amount of time however before Instagram’s fact-checking tool hid the content for a…totally irrelevant reason. 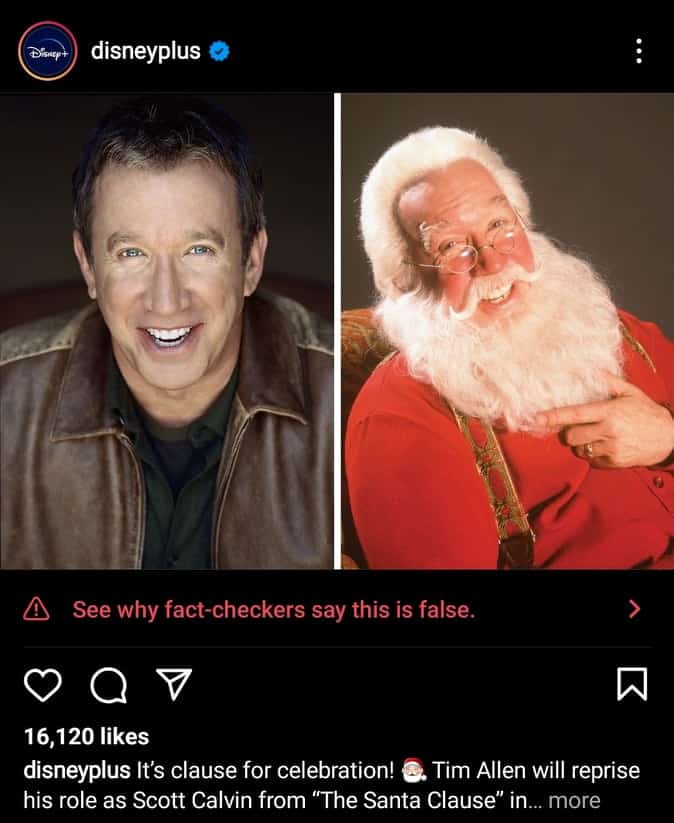 It is no secret that any automated systems can occasionally slip up, and with social media algorithms pulling keywords left and right we can piece together why a fact-checker would need to look deeper into the name of an actor who has been the subject of some controversy in recent years. However, the reason cited for the falsehood and therefore why the post has been hidden has absolutely nothing to do with the post announcing the upcoming Disney+ series.

The original Instagram post caption simply read, “It’s clause for celebration! 🎅🏻 Tim Allen will reprise his role as Scott Calvin from “The Santa Clause” in a new Original limited series coming soon to #DisneyPlus.” Its caption, nor its photos of the actor said anything about what the fact-checker picked up. 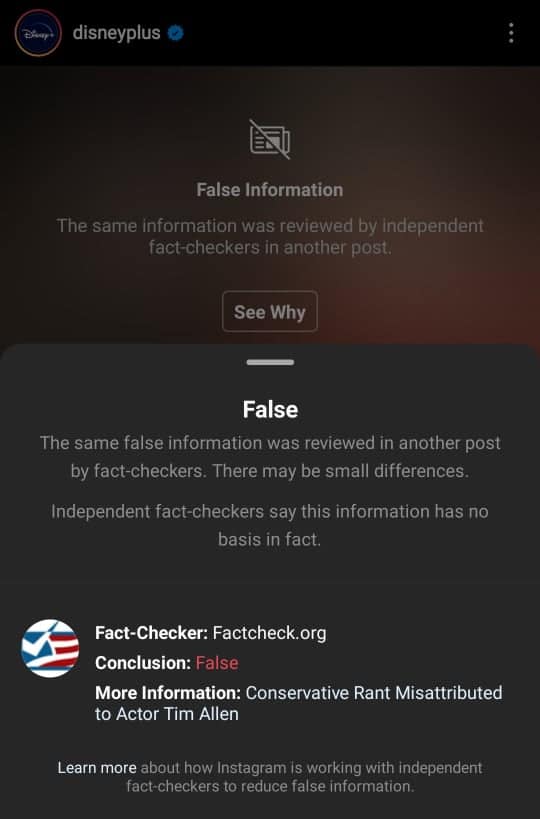 The fact-checker, run by factcheck.org stated that the post contained false information because it supposedly mentioned a “conservative rant misattributed to Tim Allen.” According to the full listing on factcheck.org (that was posted all the way back in 2019) a conservative rant was floating around Facebook and being shared by thousands of people claiming that Tim Allen was the person who wrote it. While Tim Allen has shared that his political views are more conservative, fact-checkers found the claim that he wrote the Facebook rant to be false, and furthermore, the rant and its falsehoods are totally irrelevant to the original post by Disney+.

Disney+ has understandably deleted the post, but the screenshots above show how it originally looked once the fact-checker got ahold of it. We do think the new Santa Clause series will be well received by fans of the film, and we hope Disney has an easier time promoting the series in the future without confusing input on the part of automated fact-checkers.

Tim Allen has previously worked with Disney on multiple occasions and is perhaps most known for his role as Buzz Lightyear in the Toy Story franchise. Outside of Disney, he is well-known for his performance on Last Man Standing. And, while the above Instagram post is certainly confusing, we can confirm that he will be reprising his role as Scott Calvin in the new Santa Clause series coming to Disney+.